Daniel Ricciardo says Renault's improving pace in Formula 1 has not left him with any second thoughts about his switch to McLaren next year.

As part of the pre-season driver merry-go-round that occurred after Ferrari decided to not renew Sebastian Vettel's contract, Ricciardo was signed by McLaren as Carlos Sainz Jr's replacement.

Ricciardo's decision to commit to McLaren before he had even raced this year's Renault car left his team boss Cyril Abiteboul disappointed at the time.

Since then, Renault made decent steps forward with its car, especially from the Belgian Grand Prix, and it is now just seven points behind McLaren in a tight fight for third place in the constructors' championship.

And while knowing how good this year's Renault car is may have given Ricciardo food for thought if he had not committed to McLaren, the Australian is still happy with the call he made.

"Obviously no disrespect to Renault, and where I currently am, but no I don't regret it," he said. "Am I happy to see us progress? Absolutely.

"If it means that we've got Renault as a competitor next year to push McLaren further, then I think that's good for everyone. So no, I'm not regretting it.

"But I'm also not unhappy with the progress. I want to be racing at the front, and obviously every race in F1 is so important. So, every chance I get to do it, you know, the sooner the better.

"I am glad we're making progress and I feel a part of it, which is important as well for me, and I guess my growth as a driver." 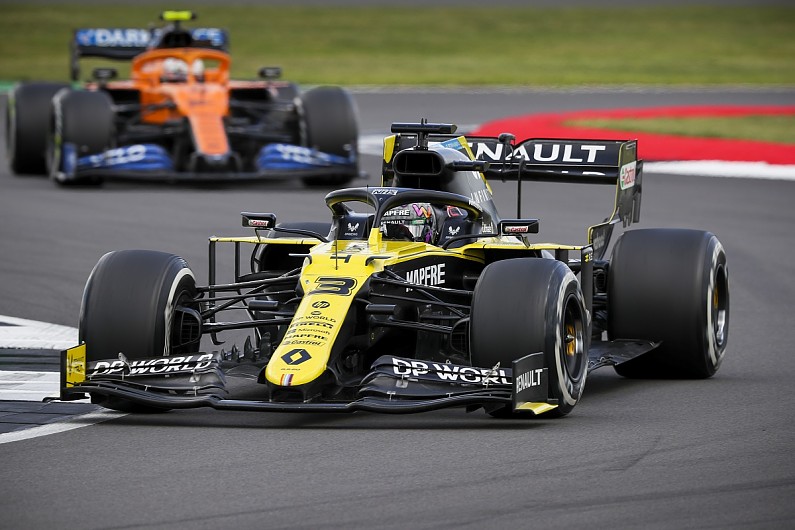 Ricciardo and Renault have not let the Australian's McLaren move impact their work this year, and the team has continued to be open in its technical discussions.

It is a decision that Ricciardo has welcomed, as he is still pushing hard to grab the outfit a podium finish in 2020.

"The team haven't shut me out with anything," he said. "I've been doing simulator and all of that, so it's been really good to work with them - and I know for sure bittersweet.

"Especially for some guys in the team to know that I can't continue on after this year. But I'm going to give it a red-hot crack until the last day."