As part of the fallout from the controversy over Racing Point copying last year's Mercedes, governing body the FIA is set to change F1's rule to prevent teams creating clone cars in the future.

There were fears from several teams that allowing others to repeat what Racing Point had done would open the door for a two-tier F1 where teams would be forced to forge alliances.

The FIA has responded to the situation by making it clear it wants to see F1 teams continue to build their own designs, as it thinks that makes a much healthier series.

While Renault has backed the FIA's stance, Abiteboul still thinks teams will always end up working together if they share windtunnels - and such partnerships will only ever be broken when F1 shifts fully to computerised designs.

"I think there are elements [of sharing] where we are not going to go back, like the engine, gearbox and other very expensive mechanical elements,"said Abiteboul in an exclusive interview with Autosport.

"But there is one expensive elephant in the room, which is a wind tunnel, and that will stay as long as we keep doing aerodynamic development in windtunnels.

"But maybe a vision for the future is that we can have 10 teams that are fully independent, and those ten teams will only use CFD because there is enough for anyone to access CFD through cloud computing.

"That should be the vision and I think the vision is shared by pretty much everyone.

"Yes, it's a ramp up in terms of how we get there, which still needs to be worked out, but at least we know that there is no room for a repeat of what happened this year." 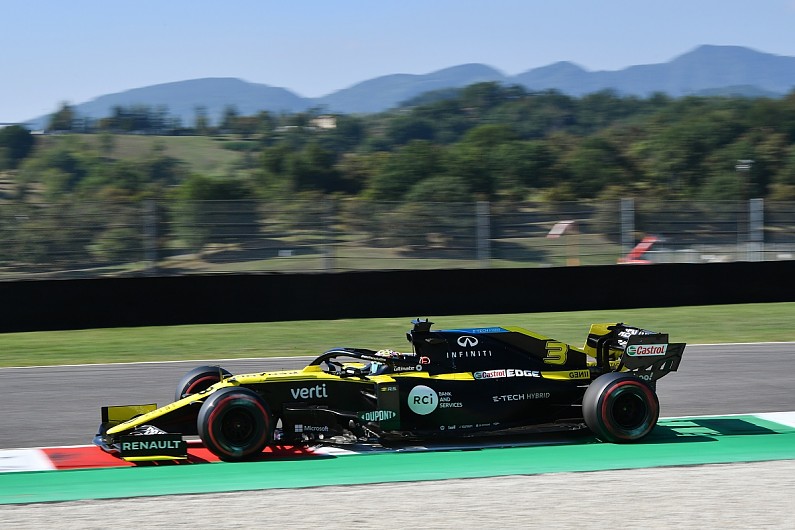 Mercedes shares its windtunnel with Racing Point, while Red Bull and AlphaTauri are to share their facility from next year.

Abiteboul said he was delighted with the way the FIA, and in particular its head of single seater matters Nikolas Tombazis, responded to the Racing Point controversy by vowing to close down the rules to stop extensive car copying.

"It's interesting because everything has sort of happened at the same time, with the Concorde Agreement and this precedent [about car copying]," added Abiteboul.

"It's good that the precedent was set this year, at a time where we could still decide or not if we want to be part of the sport.

"And this situation probably gave the momentum and encouraged the FIA and F1 to come up with answers to our concerns.

"We had confirmation that they share the same vision as ours.

"And now it's progressively turning into regulations. There is more to come, there will be a TD [technical directive] very shortly, and that is resulting from the very hard work from our team, with the FIA, and with Nikolas.

"We've given him a bit of our time, but frankly, I have to give huge credit to him for the response that he has given in the very limited amount of time that we had."