Pierre Gasly blamed a wrong set-up direction and running out of battery power at the end of the lap for his surprise Q1 exit at the Tuscan Grand Prix.

Just one week after Gasly took a sensational victory at Monza, the Frenchman was an early victim in qualifying at Mugello as he missed getting through to Q2 by just 0.056 seconds. He will start from 16th on the grid.

Speaking after shouting a French expletive over the team radio when he discovered he was out of qualifying, Gasly said that he and AlphaTauri simply paid the price for a tight midfield pack leaving no room for error.

"It's obviously a very, very disappointing qualifying for us after a great result [in Italy]," he said. "We did a massive step back in qualifying.

"We did a few mistakes which didn't happened so far this season and unfortunately in this midfield, with the margins we have, they were really costly."

Gasly said that losing out on battery power on the run to the line was enough to make the difference in getting him into Q2, but it wasn't the only reason he struggled.

"Today we missed it for half a tenth and we lost over a tenth with the deployment, running out of SOC (State of Charge) way too early before the line," he said. 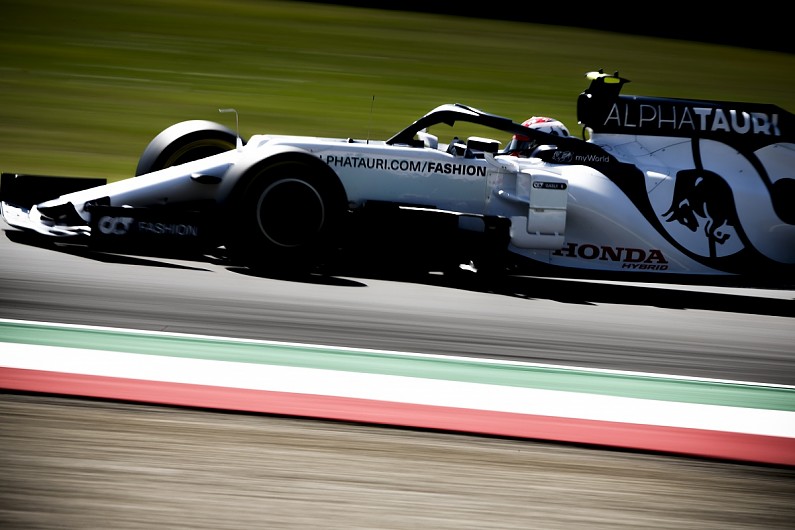 "We also made a few [set-up] changes after P3 which didn't go in the right direction, and we are still analysing why we basically went slower than P3. There is less fuel in the car so we lost grip and we can see it, so we are still investigating.

"But I'm not blaming anyone. I'm just saying us as a team didn't do the perfect job today and, with the margins of half a tenth, it is nothing. But today the few little mistakes we did clearly cost us a lot."

Asked by Autosport if the disappointment of the day was made greater by the contrast with his win last weekend, Gasly said: "No, not really. It just shows the reality of where we are in this midfield.

"Last week was exceptional, but we know that in this midfield it is so tight. If you make mistakes as we did today, yeah, there is no room for errors."