Sergio Perez was "kept aware" of Racing Point's talks with Sebastian Vettel over a Formula 1 drive for 2021 before the team decided to replace him, according to Otmar Szafnauer.

Perez announced on Wednesday that he would be leaving Racing Point at the end of the year after seven seasons, paving the way for four-time world champion Vettel to join from Ferrari for the team's rebrand as Aston Martin in 2021.

But Perez claimed that "nobody told me anything" about his pending exit, believing that his place with the team was secure due to his contract in place.

Perez was informed in a phone call with team owner Lawrence Stroll on Wednesday that the team would be activating a break clause in his contract, bringing it to an end after 2020.

Racing Point F1 chief Szafnauer called Perez's claim he did not expect the decision a "misnomer", saying the team had kept his management updated on talks with Vettel before a final decision was taken two days ago.

"He did have an inkling and he did know," Szafnauer said on Sky Sports F1.

"We kept his manager Julian [Jakobi] informed of the process all the way through.

"It wasn't a clear decision, and that's credit to him because he's done such a great job for us.

"He was kept aware of what was going on. What he didn't know, because the decision wasn't made, was what the definitive action was going to be.

"That's what he learned on Wednesday." 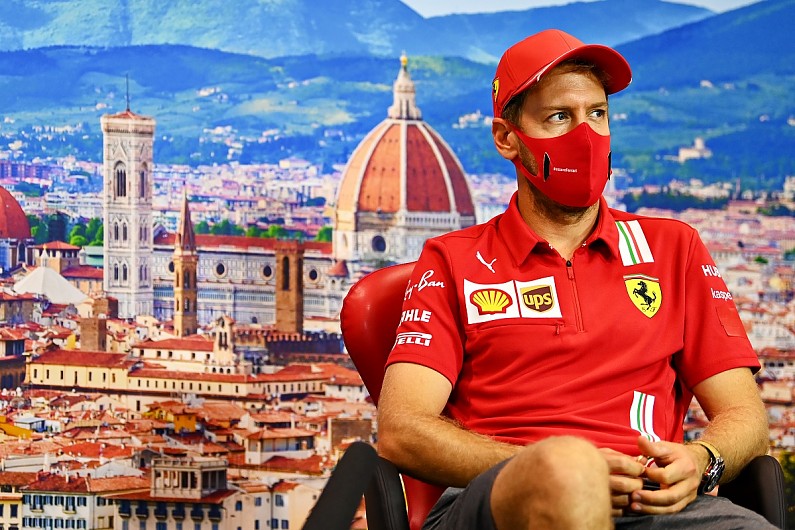 Szafnauer said that Racing Point had been in talks with Vettel over a drive for "quite some time", with the German driver's exit from Ferrari at the end of the year being announced in May.

However, a final decision was only reached this week, with Szafnauer explaining the difficulty Racing Point faced in parting company with Perez given his service to the team.

"The decision was made two days ago, really," Szafnauer said.

"The final decision, it wasn't easy, Sergio has served us well, he's a great racer.

"He's a quick driver. He's a safe pair of hands on aa Sunday, especially doesn't make many mistakes and brings points in.

"It wasn't that easy. I think that's a compliment to Sergio, for us to deliberate so long whether to take a four-time world champion with all the experience that Sebastian brings, or stay with Sergio.

"Ultimately, with Aston Martin coming in, I think it's the right decision to get the experience that Sebastian brings with him, experience of a top team, that's where Aston Martin aspires to be.

"I think we did the right thing."