Ferrari Formula 1 chief Mattia Binotto has denied there is any added tension in the team's relationship with Sebastian Vettel, feeling "quite surprised" by the suggestion.

Outgoing Ferrari driver Vettel finished seventh in Sunday's Spanish Grand Prix after pulling off a risky one-stop strategy to fight back from the fringes of the points.

The TV feed during the race played radio messages from Vettel asking the Ferrari pit wall for guidance on his strategy, with the team appearing to take some time to issue a reply.

It was the second race in a row there had been some exchanges back and forth between Vettel and the engineers regarding his strategy, following some confusion at Silverstone last Sunday.

But Binotto felt it was unfair to label the exchange in Spain as "misunderstandings", instead calling it a strength of Ferrari to discuss its plans openly.

"We prefer to talk openly. Others don't, perhaps so as not to reveal their intentions," Binotto said on Sky Sports Italia.

"We think it's the right way even if we ask questions on both sides. Looking at the last races, the choices made have proved to be correct, so we welcome the discussion and the question marks. 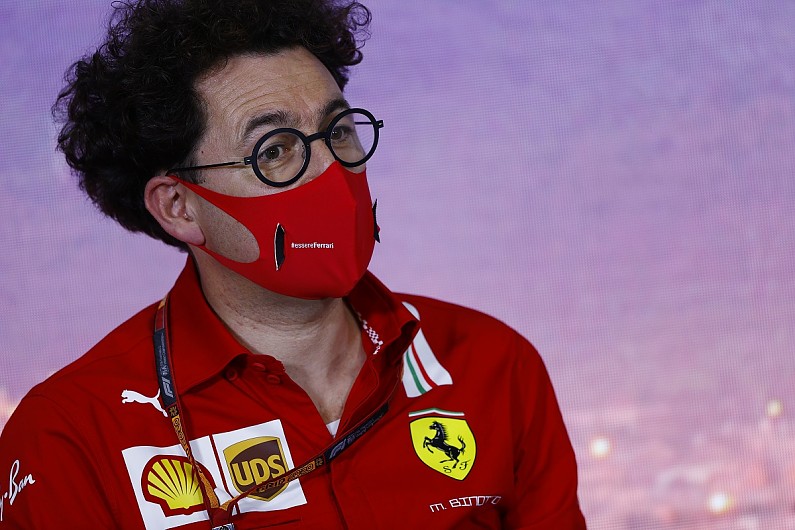 "For us they are open dialogues that lead us to make the right choice".

Binotto was asked in Ferrari's post-race print media call if the communication with Vettel had become more terse, and if that was symptomatic of the relationship between the driver and the team.

"I do not notice what you're mentioning," Binotto said.

"At least from our side, we've not changed a different type of tone or what else, so [I'm] quite surprised.

Vettel will leave Ferrari at the end of the season after the team opted against renewing his contract beyond the end of the year, making no offer to the four-time world champion.

Vettel echoed Binotto's comments after the race, saying a lack of communication at times during sessions was not indicative of a deteriorating relationship.

"From my side it's no different to how it has been," Vettel said.

"You don't need to talk on the radio all the time. Nothing has changed."