Red Bull and Ferrari have been issued a reminder of Formula 1's strict coronavirus protocols after Sebastian Vettel was spotted speaking to Christian Horner and Helmut Marko without face masks.

Photographs and video footage of Vettel in conversation with Christian Horner and Helmut Marko in the Red Bull Ring paddock were shared widely on social media on Saturday morning, prompting debate about whether or not it was a breach of the rules.

Under the strict protocols laid down by the FIA, teams have to be separated in to their own bubbles and are not allowed to be in contact with other competitors.

Vettel's actions, although innocent, are in theory a breach of F1's Code of Conduct, which everyone attending the Austrian Grand Prix has had to sign up to.

In the wake of what was spotted, the FIA's COVID-19 delegate has written to the team managers of both Ferrari and Red Bull to remind them that they must observe the strict protocols at all times.

While the FIA's Code of Conduct is in the International Sporting Code, there is no fine or sporting penalty for any breach. 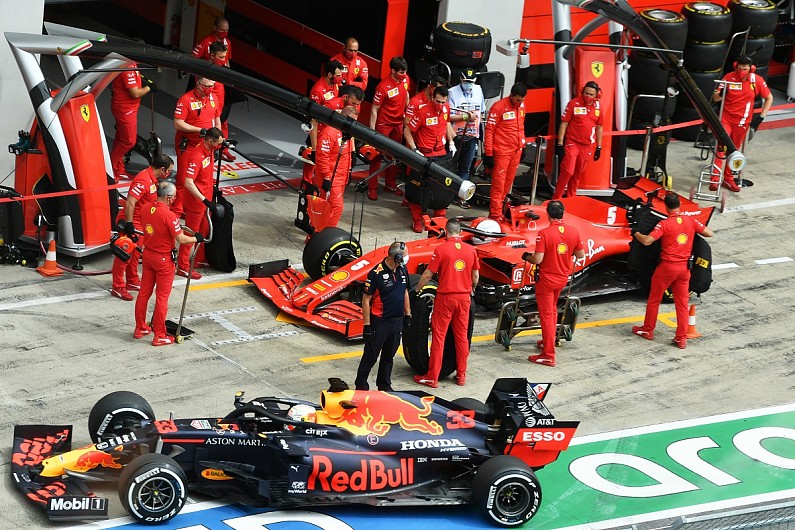 However, the governing body has made it clear that anyone who does not agree to follow the Code of Conduct will not be allowed to attend.

The Austrian GP weekend has passed without any positive case of coronavirus being detected, despite 2000 people present at the Red Bull Ring and more than 4000 tests having been conducted so far.

Vettel endured a troublesome day in Austria, having been bumped out of qualifying after logging the 11th fastest time in the second part of qualifying.

Ferrari team-mate Charles Leclerc made it into Q2 and will start tomorrow's Austrian Grand Prix in seventh, going ahead of future Ferrari driver Carlos Sainz Jr.