Renault Formula 1 chief Cyril Abiteboul fears one positive test for COVID-19 striking at the wrong time could bring down a team and force it to miss a race.

F1's delayed 2020 season will start next weekend in Austria after the COVID-19 pandemic forced the cancellation of the first 10 races of the year.

The planned season-opener in Australia was called off just hours before first practice was meant to begin following a positive test for COVID-19 for a McLaren team member.

F1 is planning a number of new protocols and procedures to create a "biosphere" to protect those at the race from falling ill, including regular testing and reducing on-site presence at the behind closed doors events.

Teams are implementing their own changes, such as preventing mechanics working on one car from mixing with the other side of the garage where possible, with many using a private test day to practice its new procedures ahead of the Austria race.

Abiteboul said there was still a "fluid dialogue" with the FIA over the planned changes to procedures at the races, but was conscious of carefully managing the independent subgroups within the team to prevent a positive test compromising the entire team.

"I think really it's a balance between the risk and practicality of the situation. That balance is difficult to find," Abiteboul said in a press conference with select media including Autosport. 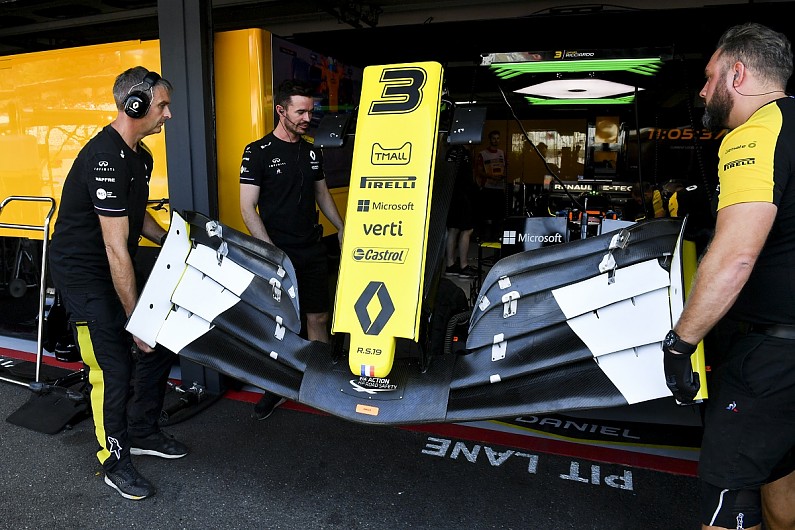 "I think the biggest challenge will be really in the implementation. We have formed a group and subgroup, so that if there is a positive case, it remains limited to a subgroup.

"Because there is a risk, and that's still again a dialogue that we're having, the risk that one person [tests positive] and that the whole team is immediately out, at least for the time of the test, that can take a full day, 24 hours.

"I see that we still need to have a little bit of discussion in how to balance risk and some common sense, and participation in the sport, even though I completely understand the work that has been done between the FIA and the team."

Renault managed to practice its new procedures during a two-day test at the Red Bull Ring in Spielberg as drivers Daniel Ricciardo and Esteban Ocon made their on-track return.

Both Ricciardo and Ocon explained how they were taking additional precautions in the lead-up to Austria to minimise the risk of contracting COVID-19. 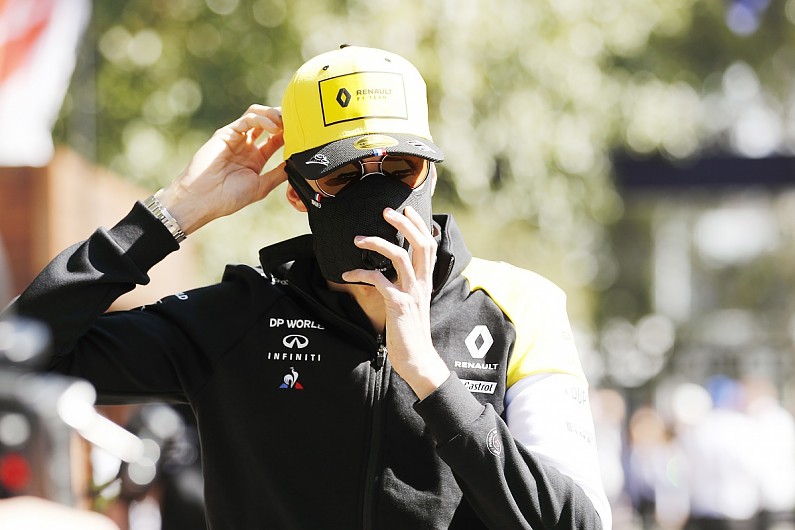 "I think going to the circuit and being back in the environment and preparing before the race, next weekend, I don't see any preparation being hindered. We've got our driver space to warm up and prepare for the race itself. It's more from a general hygiene point of view.

Ocon added: "We'll have to be careful. We've been waiting so long to get back, it would be a shame and dangerous also for all of us to risk anything. I think it's safety for everyone, and I'm happy to see that we have rules in place.

"It would be crazy to wait so long and prepare that much and arrive and be positive at the test, for myself or risking myself to be positive and getting risk for the team. I'm massively careful.

"Risk zero doesn't exist unfortunately, but you can take some out if you are careful."