Robert Kubica says he still feels some regret over missing out on a challenge for the Formula 1 world title in 2008 after BMW stopped developing its car mid-season.

Kubica took the lead of the F1 drivers' championship for the first time after his maiden grand prix victory in Canada in 2008, and was just two points off the top of the standings at the halfway point of the season.

But after BMW opted to shift its focus to its 2009 car ahead of the introduction of KERS, the performance of its F1.08 model suffered as McLaren and Ferrari moved ahead with upgrades.

Kubica would score just three podiums in the second half of the season, fading to fourth in the standings as he finished 23 points behind world champion Lewis Hamilton.

BMW ended up quitting F1 at the end of the 2009 season after its air-cooled KERS system proved uncompetitive.

Kubica said back in 2008 that he thought it was a mistake to abandon developing the F1.08, and has not changed his view in the meantime.

How BMW-Sauber blew its chance of title glory

"I have exactly the same view as I did 12 years ago, because in the end I was involved, and I was in the situation where unfortunately I was feeling that this might be our only chance to fight [for the championship]," Kubica told GP Racing.

"For whatever reason - the mistakes of others, [us] doing a better job at the beginning of the season - in the end, without the fastest car, we were still leading the championship.

"You have to use your opportunities, because you never know in life when you'll get a second chance.

"I met some of the mechanics after 10 years, who were there with me, and they had exactly the same view. And they regret it, because in the end we didn't get another chance."

Kubica remained in mathematical contention for the title until the third-to-last race of the year in Japan, where a second-place finish was not enough to keep his hopes alive. 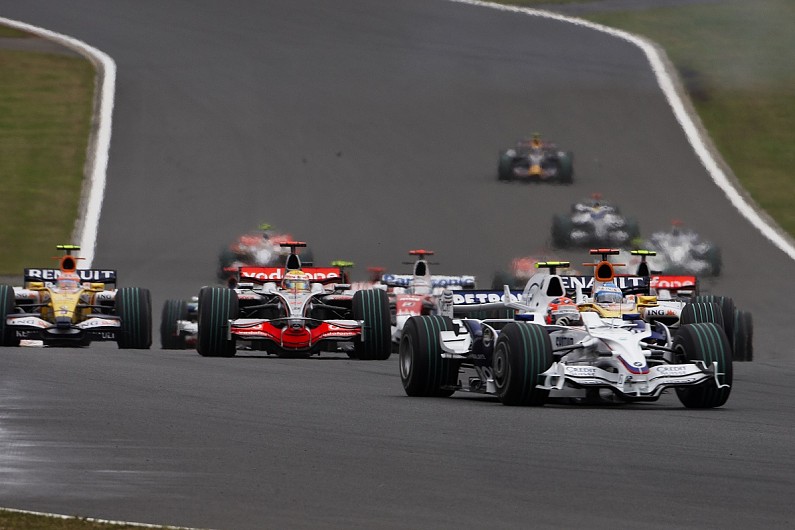 It was a season that saw final title protagonists Hamilton and Felipe Massa both slip up, creating the opportunity for Kubica and BMW to stay in the fight despite suspending development of its car.

"This is racing, no one was dominating," Kubica said.

"Ferrari and McLaren were stronger at some tracks than others, but had technical issues and made mistakes. That's how I came to be leading the championship, and stayed in the fight so long, without the fastest car.

"I remember in Fuji qualifying sixth, with [team-mate] Nick [Heidfeld] 16th. We were nowhere with performance. But I led on lap one and finished second.

"I'm sure if we were racing the parts we'd tested three months earlier, I'd have won that race.

"I still have some regrets about it, but I also feel that I was fortunate to be in this position - because there are many talented drivers who never had that chance."

Kubica would go on to join Renault in 2010 before a rallying accident put his F1 career on hold ahead of the 2011 season. The Pole recovered from his injuries and returned to race for Williams in 2019, and has since signed for Alfa Romeo as its reserve driver for this year.