As Autosport launches the latest part of the Race of My Life podcast series, we remember the race Peter Gethin chose as the best of his career - the 1971 Italian Grand Prix at Monza, the scene of his sole Formula 1 victory

I started in Formula 1 with McLaren in 1970. In 1971 they had the M19, which was a revolutionary car and no one could sort it out. Denny Hulme couldn't and I couldn't.

Halfway through the season McLaren decided to tie in with Roger Penske and use Mark Donohue as a test driver so, before the end of the year they said, "We're going to give your car to Penske".

BRM had asked me if I would be interested in driving for them in 1972, so I went to see them and said, "Rather than wait for next year, do you want to do something this year?"

The first race I did for BRM was Austria, and the second race was Italy. I remember I was staying in the most expensive hotel in the world - the one on Lake Como - which I could ill afford. I remember thinking to myself, "I'm going to have to do pretty well in this race to be able to pay the hotel bill!" It did give me a bit of help in doing well...

The car and engine were well suited to the circuit. Some BRM engines were better than others, and I thought the 12-cylinder, with all the slipstreaming, was going to be very competitive around Monza. 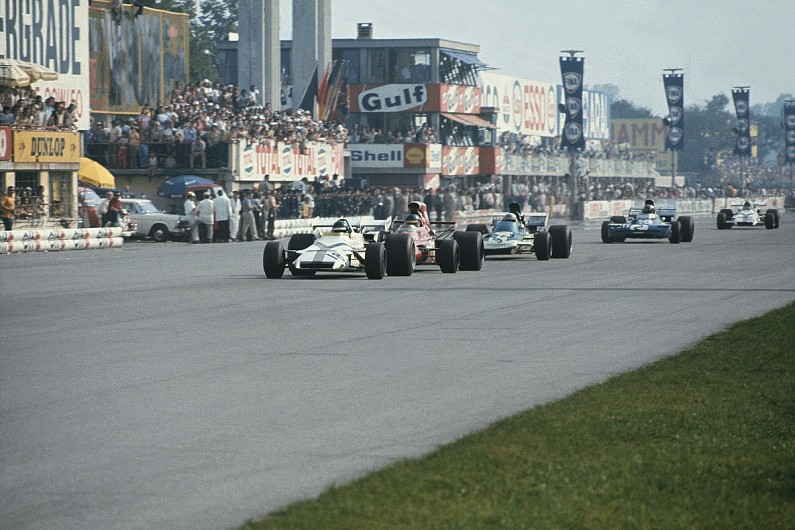 I think the quickest of the BRMs was Jo Siffert. To be fair, he probably would have won the race, because he had an incredibly good engine, but he had a problem with his gearbox.

Times in practice were very close, and I was 11th [1.48 seconds off pole]. I was happy to be in the first half of the grid, because there was going to be bunching and slipstreaming.

I made a reasonable start, and I was in the first 10 cars. Then, lapping some backmarkers, I got a fair way behind the leading pack.

I was cut off from them, but the reason I think the race was a good one for me is because, from about half distance when I lost contact until the end of the race, I had to drive every lap absolutely flat out.

I was on my own, but my pit crew were very good, as they were giving me plusses and minuses, even in tenths.

From when I started chasing them I was using 500rpm more than the recommended maximum all the time, and it held together!

I felt I drove very well. I didn't make any mistakes and with seven laps to go I caught them. When I got to 4.5s behind them that was enough to get a tow! 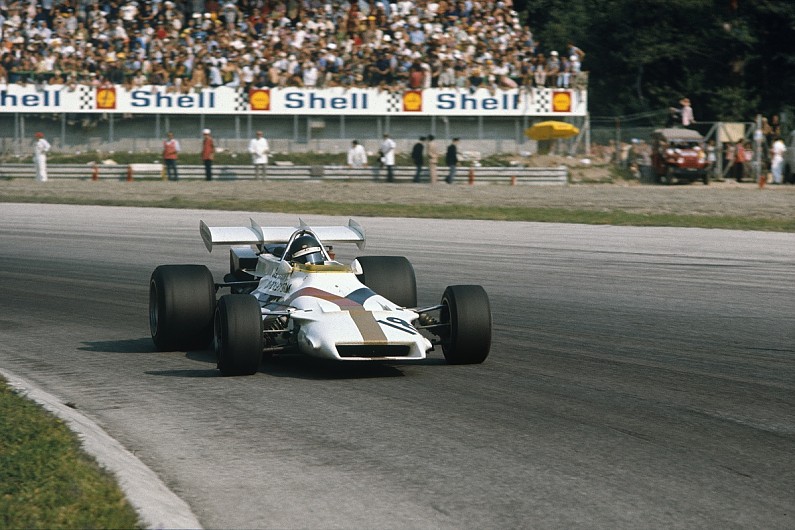 The leading bunch was Chris Amon (Matra), Francois Cevert (Tyrrell), Ronnie Peterson (March), Howden Ganley (BRM) and Mike Hailwood (Surtees). Amon went to pull a peel-off from his visor and pulled the whole visor off, and that put him out of contention.

I thought, "I've worked so hard to get to this state, I'm going to win it now". I wasn't just going to go round and finish wherever I was!

I felt that I needed to be in the first two coming out of the final corner, Parabolica, and then either way I reckoned I could get to the line and win it.

As it happened, I went into Parabolica in third on the last lap. Cevert was outbraked by Peterson, and Ronnie slid a bit wide. I was right behind him and got inside him perfectly. I was a bit locked up, but I felt it was under control!

I was sideways, but I got the power on early, and it was a race between me and Ronnie. We got to the line and he was very close to me - we were alongside each other.

I remember thinking, "I'm in Italy, there are a lot of excitable Italians, they don't have photographic equipment. They are likely to go with whoever they make their mind up with on the spur of the moment."

So to try and convince them that I was the winner I put my hand up on the line, so they would think I'd won!

It was the smallest winning margin ever. There was a foot or two in it, and Ronnie passed me about 30 yards after the line. 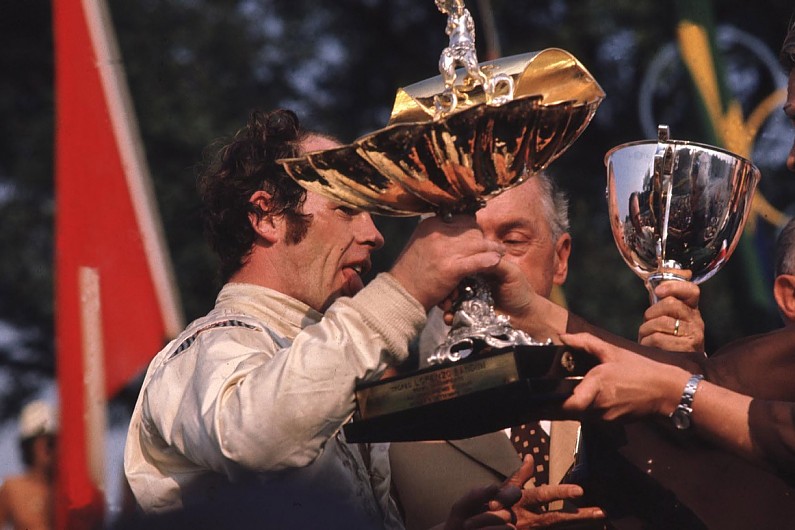 I think most people were pleased for me. BRM boss Louis Stanley was, of course, absolutely over the moon. When you had dinner with Stanley and the BRM people you were in different positions depending on whether you were flavour of the month or not. Suddenly I went from one end to the centre - I was in pole position for dinner that night!

After dinner I was being taken back to my hotel by the Stanleys in their chauffeur driven limousine. About 50 yards from the restaurant it had a flat tyre. And I was the one who changed the wheel on the side of the road in Milan.

I thought, "Is this right, for the winner of the Italian Grand Prix, this superhero, to be on his hands and knees changing the wheel on this bloody great limousine!"

Gethin's 1971 Italian GP victory also made our list of F1's one-hit wonders. For the rest of the top 10 click here.