Max Verstappen topped the final practice session of the 2019 Formula 1 season as three drivers lapped within a tenth ahead of Abu Dhabi Grand Prix qualifying.

The Red Bull driver improved with less than five minutes to go to deny Mercedes a 1-2 in FP3, heading Lewis Hamilton by 0.074 seconds and Valtteri Bottas by 0.089s.

Ferrari was less competitive in terms of outright pace, as neither of its drivers lapped within four tenths of Verstappen's benchmark, but used medium tyres instead of a second set of softs.

Hamilton was quickest after the first round of soft-tyre runs, comfortably clear of Bottas, though suffered a lock-up into the first chicane that caused him to abort his next flying lap.

He did not set a quicker time than his 1m36.640s afterwards but remained on top despite a big improvement from Bottas that brought him just 0.015s slower than Hamilton.

Verstappen trailed Hamilton by 0.089s at this point but completed a second flying lap on his second set of softs late on to vault both Mercedes and top the last free practice session of the year.

Red Bull team-mate Alex Albon backed up Verstappen in fourth, 0.361s off the pace and ahead of the medium-shod Ferraris.

An early run for Albon had been ruined in a near-miss with Nico Hulkenberg's Renault, which was running slowly and partly on the racing line after the blind, fast Turn 16 that leads into the slow Turn 17 right-hander.

Both drivers have been summoned to see the stewards.

Sebastian Vettel won the Ferrari fight for fifth with a 1m36.975s ahead of Leclerc's 1m37.010s. Leclerc did not have a second set of softs to use as he was forced to use an extra set in FP2, after he had hit the wall and damaged the right-rear wheel and tyre. 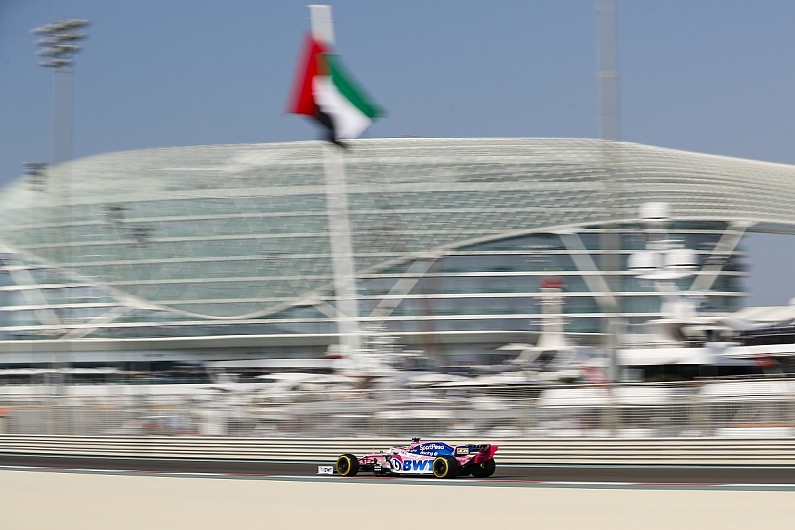 Behind the big three teams, Sergio Perez led the midfield battle for Racing Point and lapped within a second of Verstappen.

Daniel Ricciardo was fractionally slower in his Renault, while McLaren's Carlos Sainz Jr and Toro Rosso driver Pierre Gasly made it four team in the final four places in the top 10.