Renault Formula 1 boss Cyril Abiteboul says he realised his team needed a staffing shake-up back in June, when a much-hyped update for the French Grand Prix failed to deliver.

But while the confirmation of those arrivals only came recently, Abiteboul said that the decision to change things occurred as soon as a hoped for step forward in performance at Paul Ricard did not happen.

"You may remember I was a bit bullish towards the start of the season," Abiteboul told Autosport.

"I talked about the expectation - not in terms of results, because I never said we would be doing podiums or crazy stuff - but for me in particular there was a milestone that was the French Grand Prix.

"We were supposed to come with a number of improvements, but it didn't happen in the way we all wanted, and for me, it was a milestone. Then we needed to analyse and adapt.

"That is why between the French GP and today there was a bad time happening, because between the moment you make a decision and the time you can properly deliver it, it takes time.

"Don't also forget the contractual situation of some individuals.

"They are under two or three years' contract, so if you need to get them you have to wait or you have to go somewhere else. 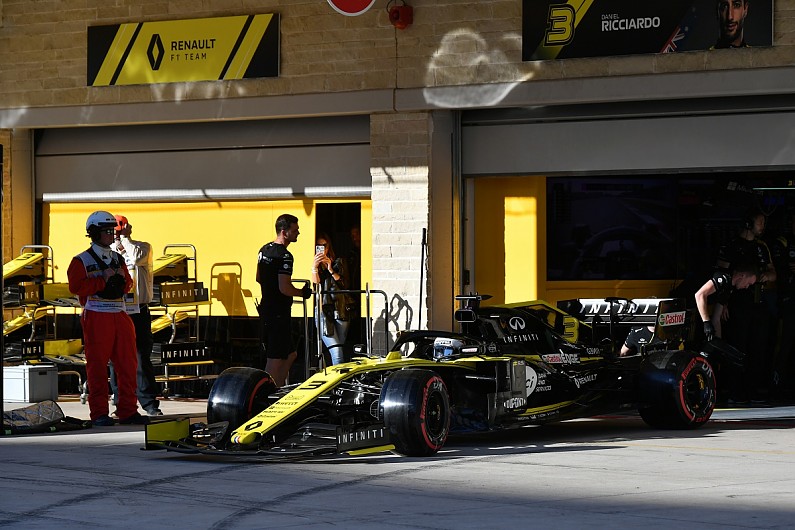 "That is one of the difficulties we have had to face in the turnaround of our team.

"But because it is long and it takes time doesn't mean that we shouldn't do it.

"We've done it. We've announced it and it was important to provide the extra momentum, because I could see before the summer that the season was going to be long and tough."

Abiteboul said Renault had to live with external questioning about what it was up to while it finalised its staffing changes, which he felt were essential for driving it forwards.

"[In F1] the lows are very low, and sometimes there is a gap between what is happening behind the scenes and what people get to see.

"But you are still accountable for what people see, not necessarily what you do, and I guess that is one of the difficulties that we have to face in this world.

"It's the difficulty of perception, but I think we need to stay steady, stay focused on actions, the decisions we make and the actions you have to take.

"Also have some self confidence - and this actually is not my strength.

Although Renault's headline target of finishing fourth in the constructors' championship looks highly unlikely to be met as McLaren is now 38 points ahead of it with two races left, Abiteboul is eager to point out that other ambitions have been achieved.

"There were a number of objectives," he said.

"Last year we were more than two seconds from pole [at Austin], now we were 1.4s from pole. So it is reducing.

"Some of that may be due to the regulations but some of it is also due to the progress. So there is some light at the end of the tunnel.

"It is tough. F1 is putting us all to the test, collectively and individually, but we will turn around the situation, I am confident about that. And it will be sweeter when it happens."