A season-long struggle to get their tyres in the right operating window has left Haas drivers Romain Grosjean and Kevin Magnussen falling down the order in races and a short-term fix has proved impossible.

"It's tough at the moment," said Steiner, whose team is currently ninth in the constructors' championship standings with two races to go and seven points behind Alfa Romeo ahead.

"It is like having a football team with 11 defenders and no strikers, and everyone attacks you. You cannot do anything.

"It is damage limitation and if everyone else does a good job then it doesn't work, you can't do anything.

"Every strategy you do is wrong because you still fall back.

"You know now that if not everything goes perfect, it is always the same, we fall back.

"We cannot do anything about it. We are sitting there like a lame duck."

Haas believes it has got to the bottom of what went wrong this year and can fix it in its 2020 design. 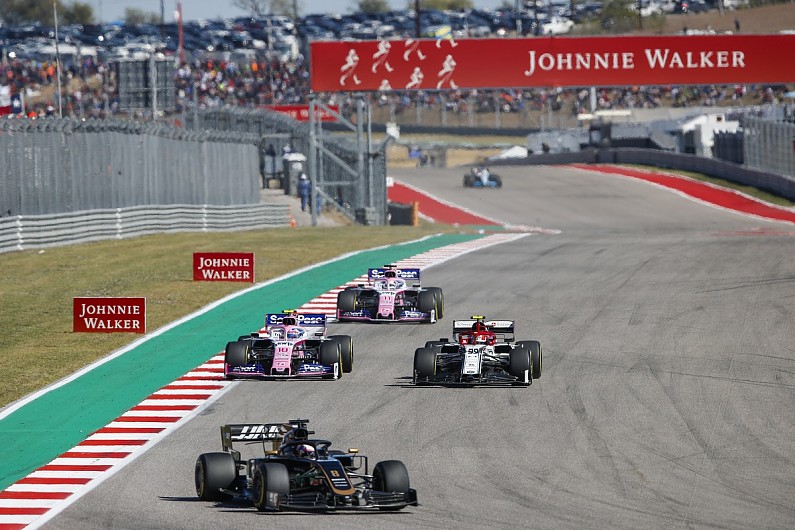 "It is pretty challenging. I look forward to getting out of it.

"To overcome the challenge, that is what keeps you going.

"My expectations are not to get too upset about the situation. Maybe it will make me appreciate the good days more when they come back. You need to go through the lows to appreciate the highs."

Magnussen said it was important Haas was not too hard on itself, and to remember just how far it has come given it only made its F1 debut in 2016.

"We've had an off year this year which isn't great, but we finished fifth in the championship last year," he said.

"That was a pretty impressive thing to be doing in the third year.

"Toro Rosso have never done it, they've never finished fifth. So we've already finished higher than Toro Rosso has ever done, I think that is hugely impressive.

"Very quickly people start to forget that and even we do.

"We want more and more all the time, but sometimes it is good to stop and look back and see we've done very well. And we can do that again."