Sebastian Vettel says the early stages of the 2019 Formula 1 season were about 'trying not to see the truth' as Ferrari fell further behind Mercedes.

After a flying start to pre-season testing, Vettel and Ferrari were blown away by Mercedes at the season-opening Australian Grand Prix and their chief rival went on to rack up five consecutive one-two finishes and win the opening eight races of the year.

Ferrari failed to win a race prior to the summer break before Charles Leclerc and Vettel won three in a row as the team's qualifying form dramatically and controversially improved, but Mercedes has since returned to winning ways.

Vettel said Ferrari stayed "quite calm" after an "incredible" first week of testing, but then a "surprising" up-and-down start to the season gave way to the reality that "we were just not quick enough".

"At that point you're not giving up, but you realise that you're not in a position you want to be," Vettel told Autosport.

"And you fight yourself first, because you're too far away to fight the others, or fight Mercedes, which just got stronger and stronger race by race.

"We were trying to find our firm form first, and once we found [it] we realised it's behind.

"Then with the European races, and just the fact that we were not able overnight to turn things around, it was quite clear, that it is going to be very difficult." 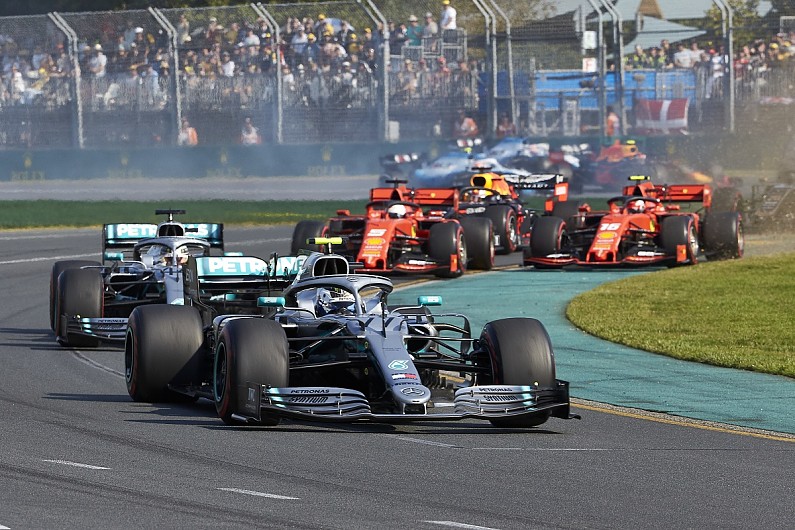 Vettel said Ferrari became "quite realistic very soon" that its hopes of ending a championship drought stretching back to 2008 were under threat.

However, he said in such circumstances "you try to push that away, because you want to prove the opposite".

"It is not a nice feeling. But eventually you have to.

"I think the fact that you push it away for three, four, five races before then you have to say 'OK, it is like this', it helps you as well!

"If it was one moment, where you say 'OK, now this is the fact' and you realise, and then it would be quite harsh.

"You sort of still try, try, try, try and at some point you do realise. It is a little bit less harsh, but it still sucks."

Vettel has struggled compared to new team-mate Leclerc for most of the season, missing out on the team's first pole and victory to the rising star.

The four-time world champion has been stronger since Ferrari's major aerodynamic upgrade at the Singapore Grand Prix, and admitted he struggled to feel "on top of everything" after the strong start to testing.

"We lost that feeling, and we struggled to get it back for a long time," said Vettel.

"It was quite clear quickly what is missing, but not so clear how to fix it.

"Then once in was clear [how] to fix it, it takes time to fix it, because you cannot just hit 'print'." He added: "It's a question of trust. Predicting where it's going to go, and knowing what is going to happen.

"Then you're able to extract more from yourself, and ultimately from the car."