Red Bull team boss Christian Horner believes Formula 1 will have its closest battle of the hybrid era in 2020, but feels this is "ironic" given the looming 2021 changes.

Mercedes has not been beaten to a world championship since F1 adopted its current engine package in 2014, and maintained its advantage through the major change of aerodynamic rules for '17.

Ferrari has only managed to mount sporadic title challenges in that period, while Red Bull - which had a streak of four championships at the end of the previous era - has had to settle for occasional race wins.

But with Red Bull showing progress with new engine supplier Honda and Ferrari having been the benchmark on raw pace for much of late 2019, Horner has high hopes for the level of competition next season - yet fears that closeness could be shortlived and spoilt by the 2021 rules revamp.

"They have had such a period of dominance, and congratulations to Lewis Hamilton on a phenomenal achievement with his sixth world championship," he said of Mercedes.

"They are the benchmark and it feels like the grid is concertinaing a bit.

"It might be ironic that 2020 might be the closest year we have, with a three-way battle, before everything changes for 2021."

Red Bull won the Austrian and German Grands Prix in early summer before slipping back a little from Mercedes and Ferrari.

But Horner thinks overall his team ends 2019 with strong momentum that it must ensure it keeps through the winter.

"This year was always going to be a transitional year with a new engine partner," he said.

"I have to say all compliments to Honda with all the progress they have made this year with performance. 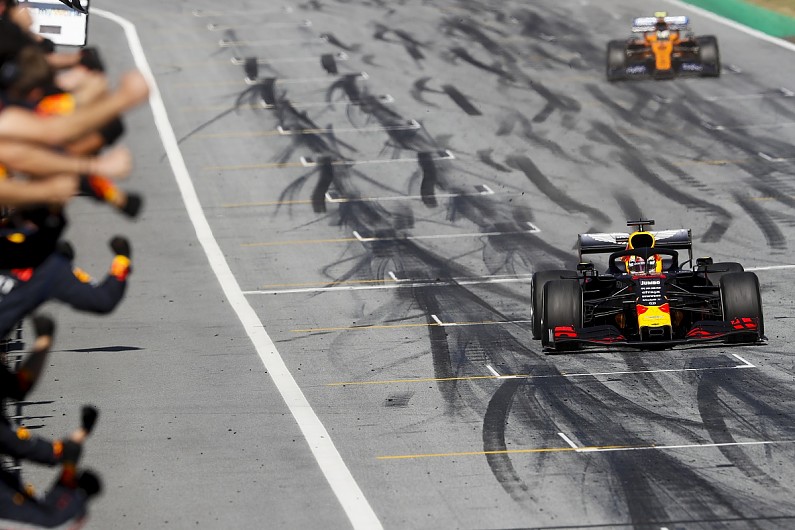 "We have made good progress throughout the year, we have had a couple of wins, we have achieved a couple of poles although only started on pole once, and we have been contender to win a few races this year.

"In Monaco we were very competitive, Hungary as well, we were in a position potentially to win that race, and [in the United States] again we have been that competitive.

"So we are on the right trajectory. It is important that we carry the momentum into the winter and then into the beginning of next year."