Kevin Magnussen says pinpointing and troubleshooting problems is harder to do with the current generation of Formula 1 cars, because they handle so well.

In a bid to make F1's turbo hybrids faster and more spectacular, the aero and tyre rules were revamped from 2017.

With additional downforce and wider tyres, corner speeds have increased, meaning cars feel much better through the turns than ever before.

But, according to Magnussen, that has had the unintended consequence of disguising balance and hadling problems with the cars as it is now hard to troubleshoot exactly where problems are coming from.

"I think these cars have so much grip and so much downforce that you can always get it to do more or less what you want," he said.

"It's all really just down to the overall grip.

"You can always get it to behave well.

"In the past, with the previous generation of cars, you would always have some instability in the rear under entry, and then understeer mid corner and issues with traction on the way out. 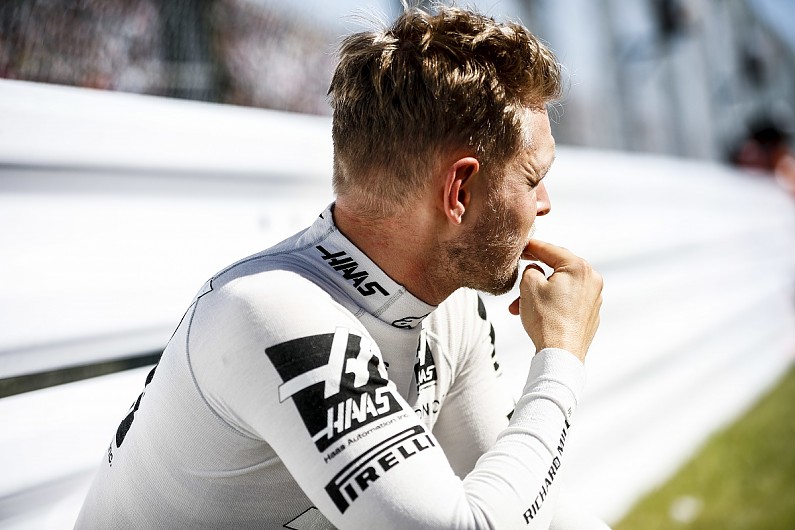 "That is more or less what you would always find, so you were always compromising yourself.

"With these cars you have just got an endless amount of grip.

"So you never really have problems with instability on entry, and if you have understeer you can always fix that.

"And on new tyres at least, traction is no problem. It is just the fast cars have a higher level of grip so it is never a balance issue any more."

Magnussen's Haas team has had a difficult campaign where, after a strong start to the season in Australia, its form suffered as it struggled to get the Pirelli tyres working in the correct operating temperature range.

While initially suspecting that its issues were related to set-up, it subsequently found that it was a downforce issue.

Team boss Gunther Steiner recently admitted that he wished he had listened more to driver guidance earlier in the campaign about what was wrong with the car.

"I don't want to go into the specifics of technical stuff, but we should have listened a little bit more to the drivers when they gave their opinion about what the car is doing and whatnot," he said.

"And sometimes listen more to drivers than look at numbers.

"That's what we have to learn out of this.

"And now I think we need to get what drivers say correlated with what the numbers say and get an understanding so we can move forward.

"As I said, we would have done a lot different from Barcelona onwards."