Racing Point has protested Renault after the Japanese Grand Prix for an alleged breach of Formula 1's sporting and technical regulations and the FIA's International Sporting Code.

The Japanese GP stewards have summoned representatives from both teams and they were due to begin hearings at 18.30 local time on Sunday.

According to the FIA documents, Racing Point has protested the cars of Daniel Ricciardo and Nico Hulkenberg for a "pre-set lap distance-dependent brake bias adjustment system".

The summons referred to an "alleged breach of FIA Formula 1 sporting and technical regulations" and "FIA International Sporting Code".

Renault's drivers only qualified 15th and 16th at Suzuka but Ricciardo made up nine places while charging to seventh, and Hulkenberg earned the team a double-points finish with 10th.

The strong result has strengthened the team's grip on fifth place in the constructors' championship.

Renault has 75 points after Sunday's seven-point haul, 16 more than Toro Rosso and 21 clear of Racing Point. 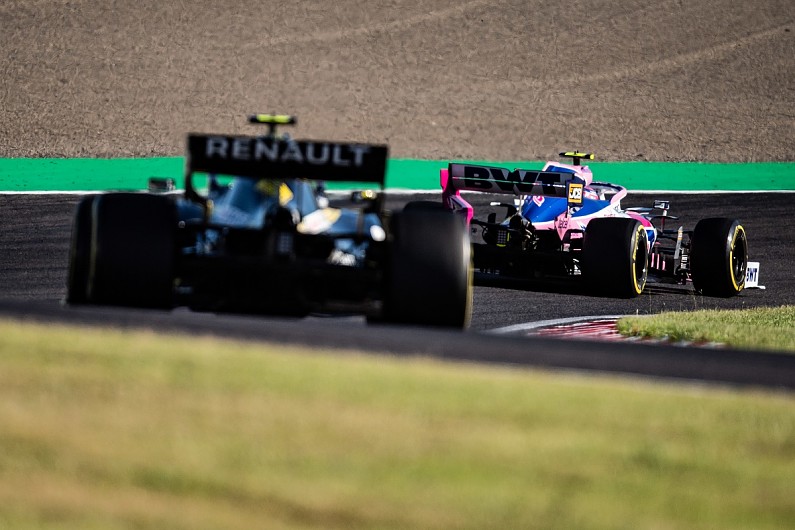 Although the FIA has not elaborated on what specific rule breach Racing Point alleges Renault has made, the regulations surrounding braking systems do outlaw any "powered device" other than the rear brake-by-wire system.

Article 11.1.3 of F1's Technical Regulations states: "Any powered device, other than the system referred to in Article 11.9, which is capable of altering the configuration or affecting the performance of any part of the brake system is forbidden."

The exception referred to in Article 11.9 is that the pressure modulation for the rear brake-by-wire system can be 'provided by a powered control system.'

The references to the Sporting Regulations and International Sporting Code could relate to the ban on driver aids in F1.

Article 27.1 of F1's Sporting Regulations states: "The driver must drive the car alone and unaided."