Ferrari's Sebastian Vettel escaped a penalty for a possible Japanese Grand Prix jump start because his pre-start movement was "within acceptable tolerance", the Formula 1 stewards explained.

Vettel's car, which had lined up on pole for the Suzuka F1 race, had twitched forward before the start lights were out, which meant he was placed under investigation soon after.

But while Alfa Romeo driver Kimi Raikkonen had got a penalty in similar circumstances in Russia a fortnight ago, Vettel - who appeared not to move beyond his grid slot and got the car stopped again in time for the official race start - was cleared of wrongdoing after deliberation by the FIA stewards.

A decision document released in the aftermath read: "The stewards reviewed video evidence and the jump-start report based on the information from the FIA approved and supplied transponder fitted to each car.

"While the video shows some movement [from Vettel's car] that movement was within the acceptable tolerance of the F1 jump start system."

Although he avoided a penalty, the stop-start nature of Vettel's getaway compromised him on the run down to Turn 1 as he was overtaken by the Mercedes of Valtteri Bottas, who would go on to win the race. 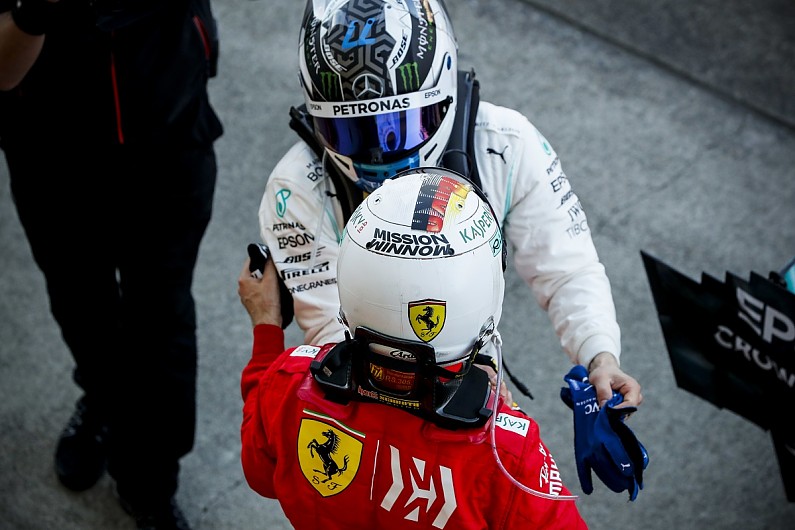 The Ferrari driver, who finished second after holding off the other Mercedes of Lewis Hamilton through the closing laps, owned up to having made an error off the line after the race.

"The lights were on a long time but [it was] my mistake, so I lost the momentum there," Vettel said.

"I ended up worse [off] than just having a poor start, it was a really poor start.

"And then it was difficult because Mercedes was quite quick in the race, the back end of stint they had more pace than us."

Asked if he could have won if he had not made the start mistake, Vettel said: "I don't know because that way they [Mercedes] can play a lot more with the tactics.

"With the lack of pace today, second was the maximum - but sure I am not happy with the very first start of the race."