Racing Point is set to fit a new Phase 2 Mercedes Formula 1 engine to Sergio Perez's car for the Italian Grand Prix, rather than opt for the latest version.

Perez stopped with a power unit problem in Q2 at Monza and Racing Point is investigating the issue while preparing to fit a new engine for the race.

A switch to the latest Phase 3 version would require Perez to start from the pitlane at Monza, as it would be classified as a change of car specification.

Therefore, Racing Point has elected to take a grid penalty instead and commit to a fresh Phase 2 version.

Team principal Otmar Szafnauer said: "I think what we are going to do is fit a Phase 2, a new one. Start maybe 19th. I think we will start ahead of [Max] Verstappen as he has taken a new powertrain and we out-qualified him.

Perez had been running an older Phase 2 at Monza, which was first introduced in Canada, because his new Phase 3 engine he ran in Belgium last weekend suffered an early failure. 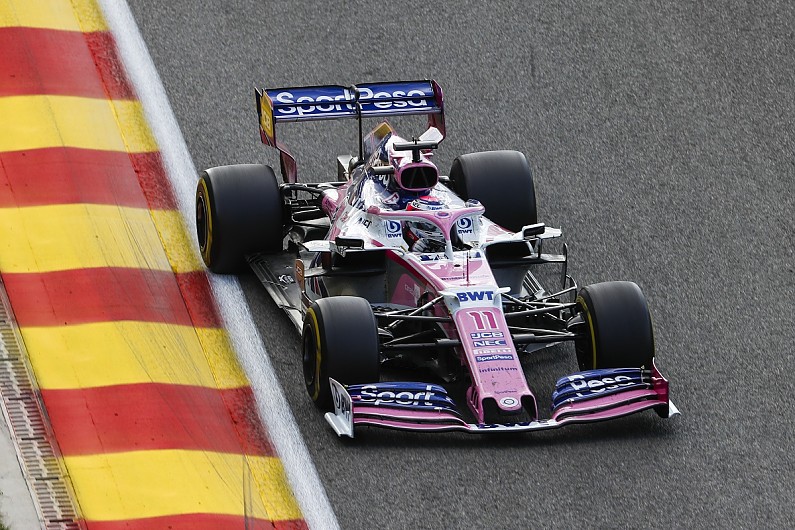 There have been minor concerns about the reliability of the latest Mercedes engine, so Racing Point's commitment to a Phase 2 engine means it could see out the season with the newly-fitted engine.

It also provides Racing Point with flexibility, according to Szafanauer.

"If we ever go to the Phase 3 [engine], then it is a trade-off between more performance and penalties," he said.

"But say, heaven forbid, one time we spin off in Q1 or something fails in Q1 and you are last anyway, then you can introduce the Phase 3."

Asked by Autosport if reliability concerns had prompted the decision to stick to the Phase 2 for now, Szafnauer said: "I don't know enough, so you need to ask Mercedes.

"I don't know if there is this infantile failure that you get in some products, like electronics, where if it doesn't fail in the beginning, the probability of it failing goes really, really low.

"But the probability of failure at the beginning is higher. But that is one for Mercedes.

"However, they are really, really good at reliability in general and they will get on top of it. They are really strong on that."