Honda believes there is no "easy answer" to whether it and Red Bull have closed in on Mercedes and Ferrari as much as the last two Formula 1 races suggest.

Max Verstappen won last month's Austrian Grand Prix to give the Red Bull-Honda partnership its first victory, and should have finished on the podium in the British Grand Prix but was wiped out by Sebastian Vettel.

That lost top-three finish, and a time penalty in Monaco where Verstappen had finished second, means Red Bull and Honda are denied a 50% podium record this season.

While that would still leave the partnership well behind Mercedes (which has a podium from every grand prix this season) and even Ferrari (on the podium in eight of the 10 races) there are clear signs Verstappen is becoming a more regular threat.

He thought he could have fought for pole at Silverstone, where Red Bull has traditionally had a major deficit in the V6 turbo-hybrid era, without a turbo lag issue.

That was brought on by Verstappen trying to get on the throttle too quickly for the engine to handle without a discrepancy - a legacy of the Red Bull car improvements that have brought it closer to the two top teams, because Honda's calibration was based on less rapid throttle use.

Honda F1 technical director Toyoharu Tanabe admitted he was surprised to be so close to the leading pace at Silverstone and said it could suggest the Red Bull-Honda package is not as far from Mercedes as it thought.

"Maybe, but we need to understand which corner or which straight we have a better lap time or speed," Tanabe told Autosport.

"Then maybe we can analyse what is good here and what was wrong, what was the deficit in the past seven or eight races.

"It's not very easy to tell, it looks like the gap got closer compared to previous races - not only the race, but also qualifying. But we have not [got] an easy answer yet." 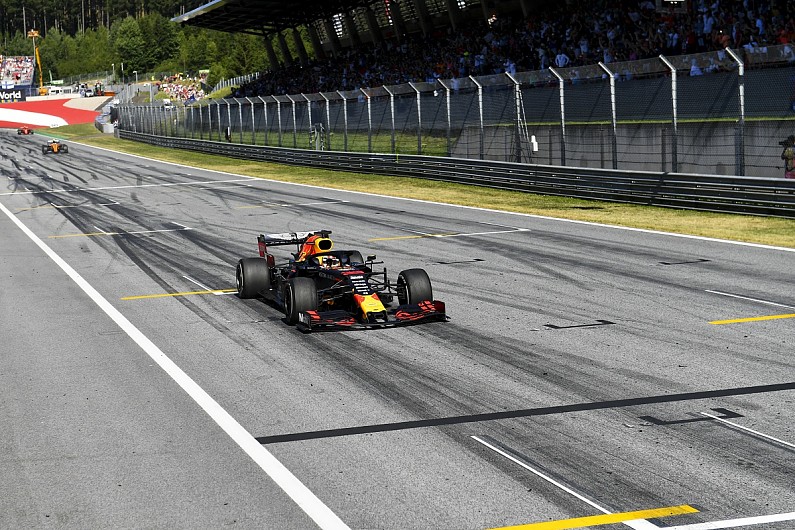 While a detailed answer may not be easy to establish, on the surface Red Bull-Honda's progress is clear.

Its victory in Austria was recognised as a success on merit but was played down simultaneously, as Mercedes was hurt by cooling problems.

However, if Silverstone proves not to be an exception, Red Bull may achieve its aim of not relying on certain circuits to fight Mercedes and Ferrari, as has been the case throughout this engine era.

Red Bull has been restricted to sniping for occasional victories in the V6 turbo-hybrid engine era, as Renault's engine deficit left the team too far adrift at power-sensitive circuits.

Comparing year-on-year 'supertimes' for the big three teams at the British Grand Prix - taking each squad's individual fastest lap of the weekend expressed as a percentage of the outright best - shows how far adrift Red Bull has been.

It also highlights how big a step in performance it enjoyed this season. A supertime of 100.215% also represents the smallest gap Red Bull has had to the front all year.

Our second table documents Red Bull's relative performance at Silverstone in the 2009-2013 period, and shows just how far it had fallen in the current engine era. 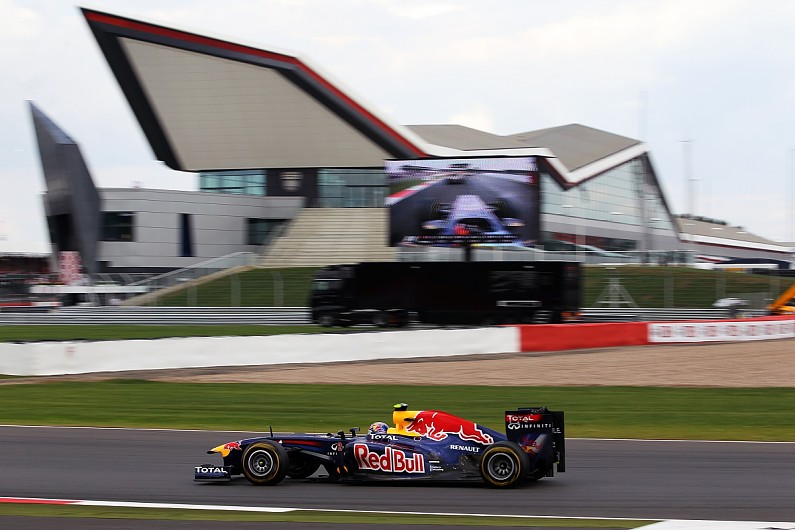 The 2019 supertime is Red Bull's best since '11, the last time it had the fastest outright time over the British GP weekend.

While Silverstone is an aero circuit, it has a high-speed layout and laptime is not as dependent on low-speed corners as some other tracks.

That is where Mercedes has been very strong this year, so there still needs to be further evidence that this progress from Red Bull continues on more tracks.

Gains from the chassis and the engine

Red Bull's car changes have contributed the biggest part of its gains in recent grands prix, after it altered the front wing for Austria.

That has given the car more overall grip and a better balance, allowing Verstappen to drive more aggressively - hence the change in throttle use that appears to be the cause of the turbo lag he suffered at Silverstone.

"We have definitely unlocked some potential from the car," said Red Bull team boss Christian Horner.

"The car has behaved very well at this circuit - and high-speed and low-speed has been competitive.

"Max was close to the pole time. Without the hesitations maybe he would have got even closer.

"Then in the race we didn't see his true pace because he spent it stuck behind a Ferrari for 99% of it." 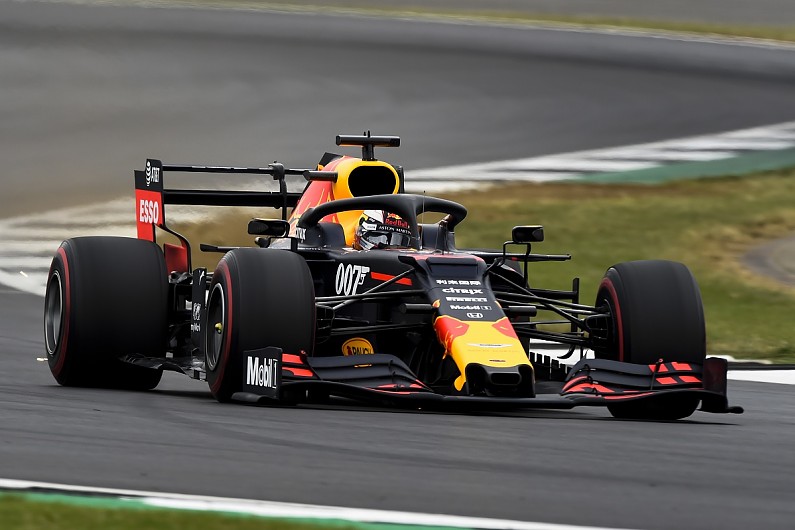 Honda has also made progress, and believes its recently-introduced Spec 3 engine - which came with a small power increase - has improved at each of the three grands prix it has been used in.

"The starting point was not too bad compared to last year's first race with the new spec," said Tanabe.

"It means we've learned a lot from last year, and the calibration quality we improved from the initial running. We still have areas to learn at the track after the race.

"In practice situations and real race situations, we could learn a small bit where we could improve our performance. In France, Austria, Britain, we have an improvement."

Red Bull and Honda will not mount a late title assault but a repeat of Verstappen's 2018 surge, when he was a regular podium finisher and fought for end-of-year victories, should not be ruled out.

That would add much-needed intrigue in a season dominated by Mercedes so far, as well as laying the foundations for a closer title battle in 2020.