Charles Leclerc says he is happy to race aggressively like how Max Verstappen won the Austrian Grand Prix if their controversial incident is consistently viewed as acceptable in Formula 1.

Leclerc lost the first victory of his F1 career when Verstappen passed him late on at the Red Bull Ring - a move that triggered a lengthy post-race review as the two banged wheels and Leclerc ended up off track.

Ferrari felt that decision was wrong in the context of similar incidents resulting in a penalty, but ahead of the British Grand Prix Leclerc said he did not have "any problems" now and "it was very easy for me to move on".

"The only thing is that I would like maybe a bit more consistency," he said.

"There have been some other incidents in the past, which have been smaller in a way and that have been penalised.

"I think it's good for Formula 1, I think this is what us drivers want, but we just need to know what we can expect from the others." 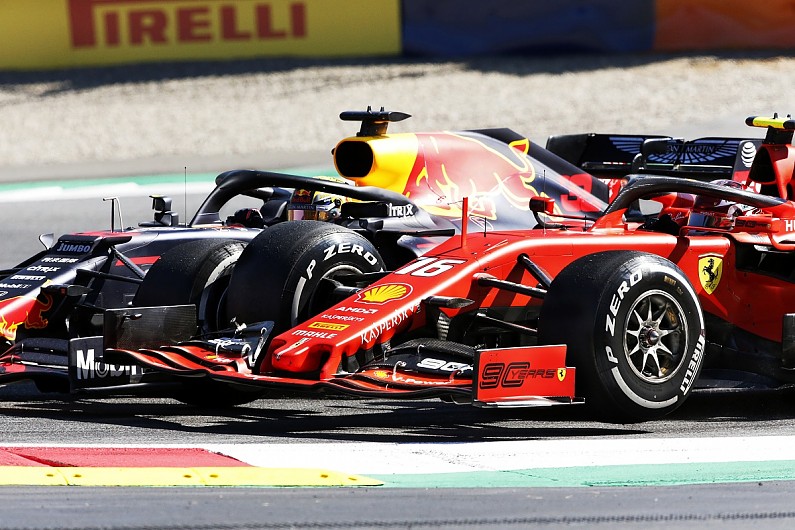 It has been suggested that the proliferation of run-off areas and penalties for drivers forcing rivals off track and gaining an advantage has led to some refusing to yield when being overtaken, because if they end up forced wide they can bank on the aggressor being punished.

Leclerc said he did not approach his Verstappen fight with that mentality and reiterated that "there been different penalties for maybe the same severities, or very small incidents, that has been penalised a lot".

He admitted that ultimately he was "very happy with this decision" provided the officials remain consistent and would adapt his driving style to suit by "adjusting a little bit my aggressiveness".

Leclerc added: "Obviously it's better if it's just official, so that everyone knows it and that's it.

"But yeah, now I think I will just conclude that we can go a bit further in our aggressiveness on track."