McLaren driver Sainz registered a second 'Class B' victory of the season by finishing sixth at Paul Ricard and was the only driver from the midfield group to finish on the lead lap.

That performance earned Sainz an average score of 8.8 from Autosport readers, nudging his overall rating after eight grands prix up to 7.91.

It also moves him ahead of Bottas, whose run of below-par races continued in France as he finished a distant second to team-mate Lewis Hamilton.

Five-time champion Hamilton earned a 9.4 for his dominant performance in the French GP, a race he won by 18 seconds, which boosted his average to 8.68 for the season.

Red Bull's Max Verstappen remains a comfortable second ahead of Sainz and Bottas, the pair now have the same score to two decimal places.

Two rookies are next up in the list; Williams's George Russell is fifth, while Sainz's McLaren team-mate Lando Norris has moved up four places and is now sixth.

Norris has been boosted by an impressive Paul Ricard race in which he managed a hydraulic issue in the latter stages that earned him a score of 9.1 from readers. 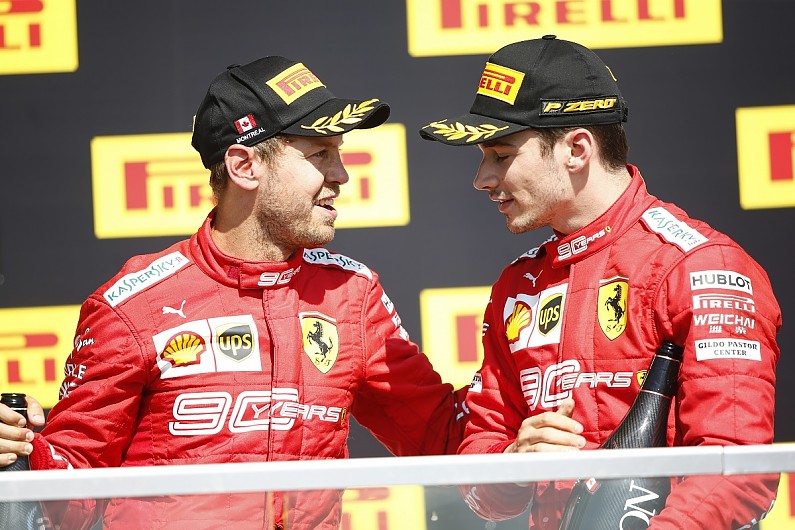 Charles Leclerc is Ferrari's lead representative in seventh, having regained two places thanks to a gallant chase of Bottas in France, while Sebastian Vettel remains 15th.

Vettel's average score from readers so far this season is just 6.60, but he is at least faring better than the final driver from F1's big three teams.

After another disappointing race, this time in front of his home crowd, Pierre Gasly has slipped to the tail of the order with an average of just 5.39 - putting him behind Alfa Romeo's Antonio Giovinazzi, Lance Stroll and Williams returnee Robert Kubica.

You can keep track of the average scores dished out by both the readers and our Grand Prix Editor Edd Straw, as well as reading all the ratings features so far on our dedicated driver ratings page.