Red Bull has fewer points after seven races than it did at the same stage in 2018, although Verstappen has two podium finishes and would have a third but for a time penalty in the Monaco Grand Prix. 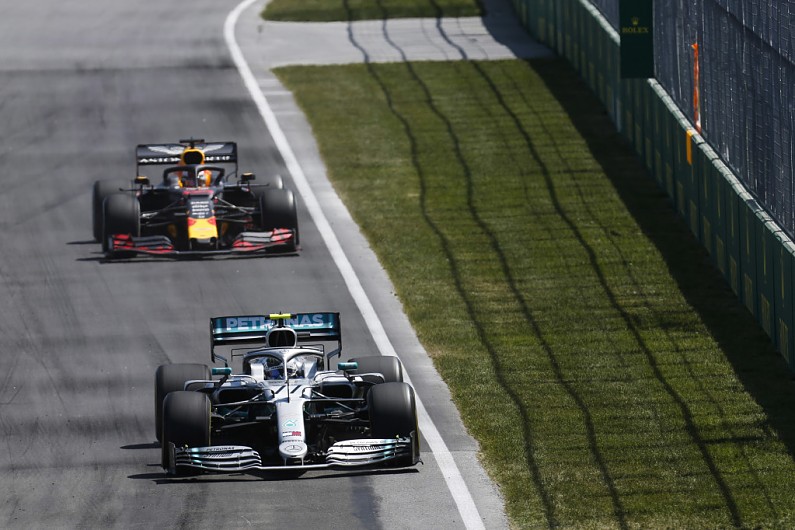 The team has not challenged Mercedes regularly for victory this season and admitted its car needs to be improved, as well as new partner Honda working to close the gap on the engine side.

Ahead of the French Grand Prix, Verstappen said that F1's wider, simpler front-wing regulations have played a part in Red Bull no longer being the chassis benchmark.

"I don't think it's because the Honda engine came into the back [that Red Bull's chassis got worse]," he said.

"It's just with the regulation changes, the front wing especially became a lot more basic.

"But we were really good at controlling everything that was happening with the front wing last year, and the year before.

"So they took a bit more of our strength away. We have to fine-tune around it.

"Maybe in the beginning of the season so far we have not optimised that, and we know that. We're trying to get back on top of it."

Verstappen believes Red Bull is not facing a "massive" deficit in car performance compared to Mercedes.

It has challenged Ferrari regularly throughout the opening races and only has an inferior points tally compared to 2018 because Pierre Gasly has failed to match Verstappen in terms of performance.

Asked by Autosport what he would like to see from Red Bull now Honda is hitting upgrade targets, Verstappen said: "More grip! But everyone wants that.

"You always want to go faster through corners. It's not like we have a fundamental problem or anything, it's just trying to add bits to the car which gives you more grip.

"When you get more grip, it's better for tyres.

"As you could see last year we were always really good in the race.

"That meant we had a really good car, that was looking after its tyres quite well.

"We just need a bit more top speed as well, then everything becomes easier."

It is expected to produce a performance gain, although not so significant that it suddenly matches Mercedes.

Asked by Autosport about the boost of another engine upgrade so early in the season, Verstappen said: "It's always good to have upgrades, I'm not expecting to suddenly lead the pack but every little step we can have as a team we take it, even if it means we're already on our third engine.

"Reliability is not a problem, but we want performance."