Lewis Hamilton is eyeing some steering wheel display changes to prevent a repeat of the time loss he suffered under Formula 1's virtual safety car in the Azerbaijan Grand Prix.

Hamilton was two seconds behind Mercedes team-mate Valtteri Bottas when the VSC was deployed in Baku following the stoppage of Pierre Gasly's Red Bull.

However, after the drivers resumed full speed with 10 laps to go that gap had risen to 3.5s, and Hamilton was not quite able to make up the gap and launch a late attack for the win.

Asked by Autosport about fine margins like the VSC time loss, Hamilton said: "Ultimately Valtteri did a better job in qualifying on that last lap, which put him in the position to be able to fight.

"Then a fine margin at the start, which I'll have to work on.

"And then I lost two-and-a-half seconds, or whatever it is, under the VSC, so had to regain that.

"With only nine laps to go, that was not so easy.

"That was my fault and something I'll work on.

"There's some things I can fix on the dash to make sure that doesn't happen again." 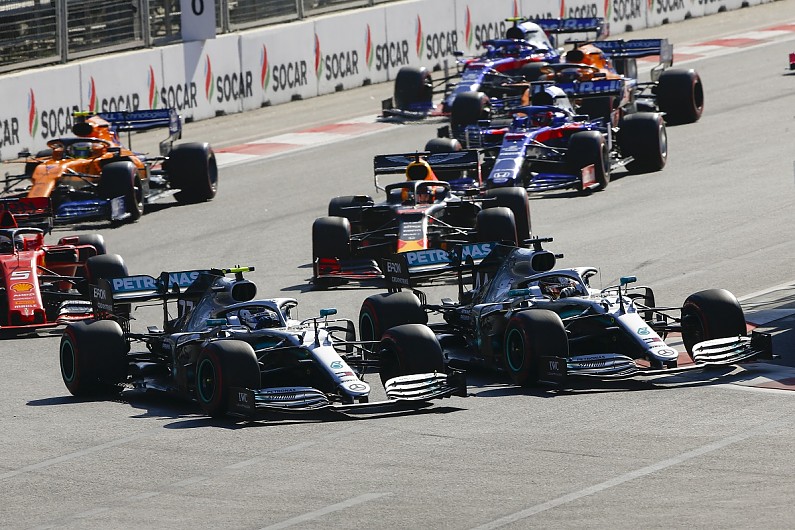 Pushed later by Autosport on what sort of changes he would like to make, Hamilton said he could not talk about it "because it's really technical stuff" on the steering wheel display.

"It's just a procedure thing, nothing major," he added.

When the VSC is deployed drivers are required to reduce their speed and stay above the minimum time set by the FIA "at least once in each marshalling sector".

The length of these sectors are defined by the gaps between marshalling lights, which are positioned before each corner and therefore separated by a range of distances, from less than 100m to more than 300m.

They can see their delta to this minimum time on the steering wheel display, which means those who do not nail the procedure are at risk of losing time.

This also applies to how quickly they respond to the VSC period ending, which is not a countdown.

Instead, teams are told it is ending via the official messaging system and between 10 to 15 seconds later, "VSC" on the FIA light panels will change to green.

At the restart in Baku, Bottas gained time on his three immediate pursuers: Hamilton, Sebastian Vettel and Max Verstappen.

Asked by Autosport if he had the same set-up as Hamilton, or felt he was missing information, Bottas said: "I think it's pretty similar between us. There are some differences.

"We have a kind of personal electronic engineer, who we work with on starts and the dash.

"I've been pleased with the information I'm getting, and I think I stuck enough to the delta time on the VSC, and was ready for the restart, so it was all OK."