Formula 1 race director Charlie Whiting has no doubts that Max Verstappen 'clearly' deserved a penalty for his first lap incident with Kimi Raikkonen in the Japanese Grand Prix.

Verstappen felt it was a 'bit stupid' that he received a five-second penalty for rejoining the track in an unsafe manner after he ran wide at the chicane and pushed Raikkonen wide, allowing Sebastian Vettel to pass.

But Whiting thinks there can be no doubt that the Red Bull driver deserved punishment for the way he came back on the circuit.

"It was quite clearly a penalty because Max went off the track and rejoined the track unsafely," explained Whiting.

"You are required to rejoin safely and Kimi was there and pushed him off the track. So I think that was a fairly straightforward one for the stewards."

Whiting believed that the later Verstappen incident with Vettel, when they clashed at Spoon Curve in the fight for position, could not be blamed on either driver - which is why no penalty was handed out.

"Seb tried to get up the inside, and it was a reasonable move," added Whiting.

"He got halfway alongside and Max turned in - a bit of a classic really.

"Stewards don't normally give penalties unless they are sure that one driver was wholly or predominantly to blame.

"Opinions will vary on whether there was equal blame, but certainly no driver was predominantly to blame they felt." 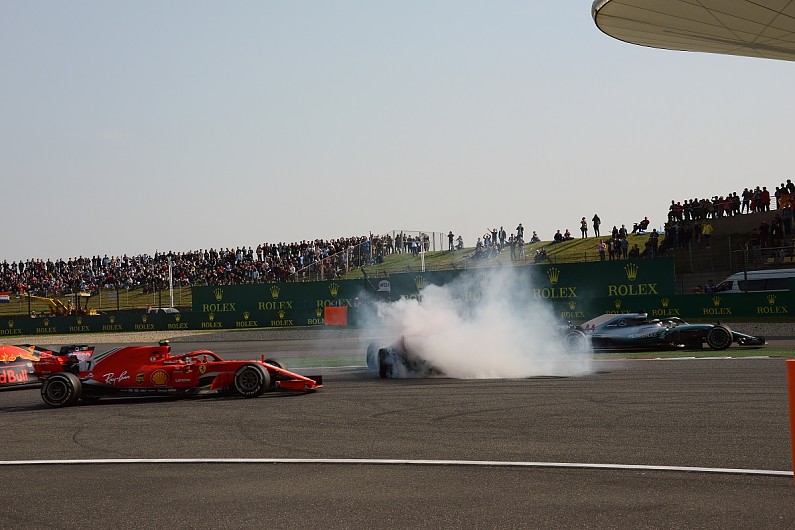 Whiting also brushed off suggestions from Verstappen that Vettel should have ben given a penalty for the incident - just as the Dutchman did in China when he spun Vettel's Ferrari around at the hairpin.

"In China he came charging down the inside into the hairpin, and almost T-boned Seb," he said.

"I don't think there was any similarity between those two.

"I haven't had a look at the one from China, but my recollection from that incident as it was a very clear case of causing a collision, and I think what Sebastian was doing was a genuine attempt to overtake.

"What Max was doing in China was opportunistic at best."