Ferrari has received a confidence boost on the aerodynamic front, with early running of its new Formula 1 car showing its windtunnel data is now correlating to what it is finding on track.

The Maranello outfit has faced difficulties in recent seasons in matching the development rate of rivals, because often updates that showed encouraging performance in the windtunnel did not deliver such form on track.

Those correlation problems resulted in Ferrari shutting down its Maranello windtunnel at the end of 2012 for a major upgrade to try to improve the situation.

Having temporarily used Toyota's facility in Cologne, Ferrari got its own tunnel back up and running last October.

Last week's Jerez test was the first opportunity to show if the tunnel's revamp was an improvement, and senior figures at the team were encouraged by what was found.

A spate of aerodynamic tests confirmed that the data was matching up, which has given the team more confidence about its ability to deliver upgrades.

Beyond the positive news on the aerodynamic front, Ferrari's new F14 T car showed itself to be reliable in Jerez last week.

Team principal Stefano Domenicali was satisfied with what he had seen so far, although accepted that no teams had yet shown their true performance. 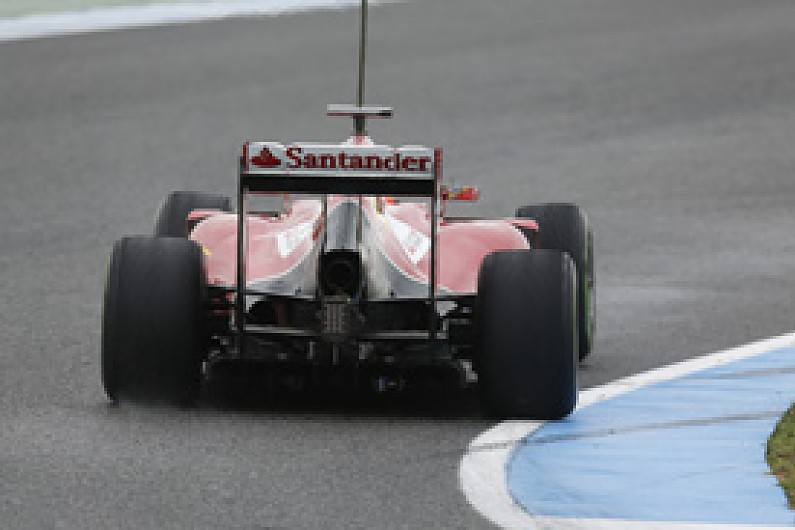 "We can't evaluate performance levels at the moment, neither that of the F14 T, nor those of our rivals," Domenicali told the Ferrari website.

"The important thing is to do as many laps as possible to give our engineers the data they need to continue with the development of the car.

"It would be premature to make any precise evaluations.

"What counts for more is to have clear ideas on what we must do now and on the direction to take, so that we arrive in Melbourne in the best possible shape."