Renault insists that the problems that have struck its Formula 1 teams are fixable by the next Bahrain test.

The French car manufacturer has had a difficult time at Jerez in Spain this week, with its teams struggling with reliability.

Most in the spotlight has been Red Bull, with the reigning champion outfit completing just 14 laps over the course of the first three days.

But as work continues at Renault's Viry-Chatillon base on Thursday night to implement solutions, the company's F1 engine chief Rob White has made it clear that its problems are curable by Bahrain.

In the meantime, Renault is focusing on workaround solutions to the software issues that have blighted its running this week so its teams can complete valuable mileage on Friday.

"We are extremely confident that the problems we have experienced can be dealt with," White told AUTOSPORT.

"We don't have a single minor problem or indeed a big howler that is causing the trouble.

"Instead, we have made significant progress and expect, with the understanding we now have, the workaround we have put in place, and with more confirmation work on the dyno overnight, to be able to run tomorrow.

"It will perhaps be in a fashion that most resembles what we would have expected to start the first day with. And if we can do that, then it shouldn't be too shabby."

AUTOSPORT understands that Renault has suffered multiple issues this week with its teams.

The energy store issues on Wednesday were cured by hardware changes made that night.

However, there have been subsequent software and mapping problems that have affected the working of the Renault power unit turbo and boost control.

A temporary fix has now been found to allow the cars to run in a reduced performance capacity. 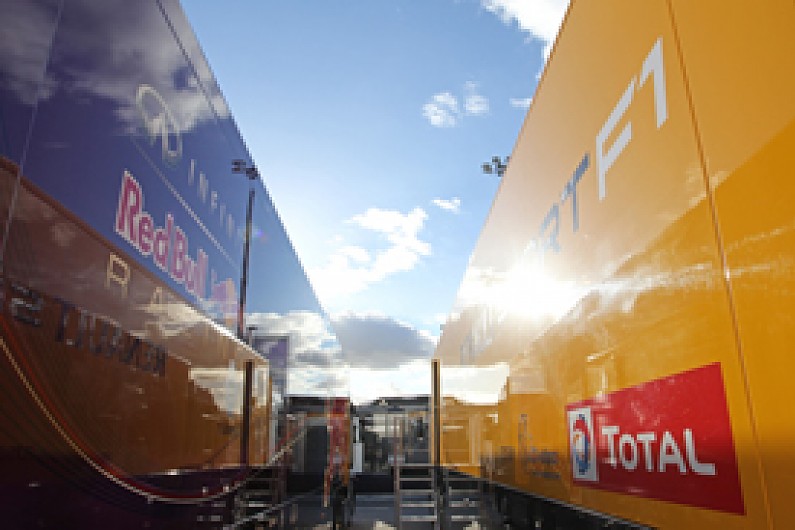 Beyond those issues that Toro Rosso and Caterham have encountered, Red Bull is suffering from severe overheating problems that are resulting in parts burning.

It is understood the overheating is a legacy of the aggressive packaging of the car, with modifications by both Red Bull and Renault almost certainly needing to be made in time for Bahrain.

White is confident that there is time to get on top of the problems before the second test next month.

"Looking forward to Bahrain and beyond, the aim is to make best use of the time available and to get ready for then," he said.

"We had objectives for the first test that won't have been fully realised and therefore the step up we need for Bahrain is absolutely bigger.