Craig Scarborough examines the systems teams have developed in pursuit of two-second pitstops, and highlights some of the ways they can go awry.

With three people per wheel, two jack operators, and a handful of mechanics fulfilling other functions, each pit crew comprises nearly 20 people.

Each is trained for a specific role and teams take their preparation as seriously as drivers', managing crewmen's fitness and diet.

They are drilled incessantly at both the factory and during race weekends, with hundreds of pitstop practices until the process is instinctive.

Although problems such as faulty guns are rehearsed, everyone focuses on their own job - in a two-second pitstop, there is no time to see what everyone else is doing. By the time an error has been alerted, the car has often already pulled away, as was the case at the Nurburgring.

Equally the man controlling the release of the car cannot see the wheelgun operators clearly in the melee as 20 people surround the pitstop. Often the overhead TV view shows a mechanic clearly having issues, yet at ground level this isn't visible to the team. 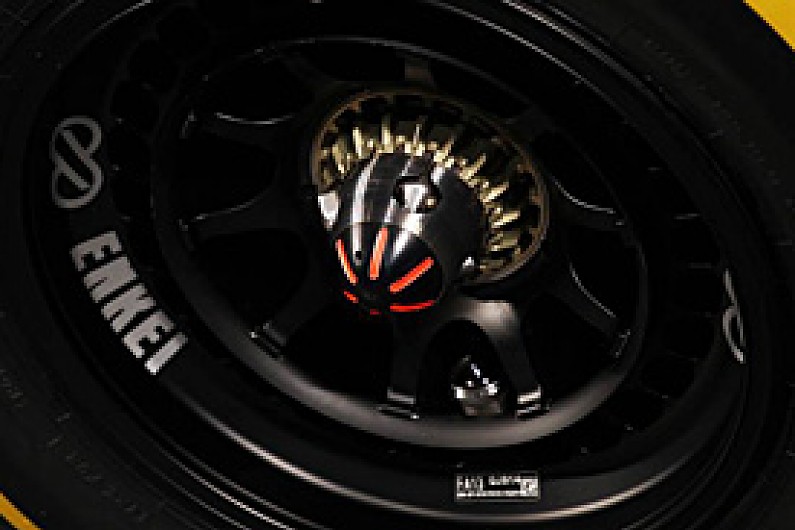 The wheels, axles and wheel nuts are unrecognisable compared to just a few years ago. Each wheel seats on drive pins on the axle, positioned to make the wheel a 'first time fit' with no wiggling required to seat the wheel on the hub.

Teams minimise the thread to reduce time required to spin the nut. Ferrari's wheelnuts have barely three turns of thread.

Fastidiously machined pockets ensure the wheelgun positively connects with the nut so that the torque can be transferred reliably to tighten the nut.

Wheelnuts themselves are now a loose fit inside the wheel; this means the nut is partially located on the axle as the wheel is fitted. They can be retained in the wheel with O rings or circlips. These expensive nuts are normally used just once.

Even when tightened, the rules demand the nut is retained on the axle by a locking mechanism. This used to be a plunger that when pulled by the mechanic extended retaining pins from the axle. This could lead to errors as the mechanic would raise his arm simultaneously with pulling the plunger and the car could exit without the retention mechanism engaged.

Nowadays nut retention is a hand-free sprung system; the wheelgun socket pushes the pins into the axle to allow the nut to be removed. When refitted the nut passes over the pins and they spring out when the nut is nearly fully seated. These pins will not truly retain the wheel - should the nut be loose, the weight of the car and the force of acceleration will eventually overcome the strength of the mechanism.

With this system, it's not until the wheelgun socket is pulled from the axle that the mechanic can visually confirm the nut is on and the retention mechanism is in place. Often we see mechanics signal their job is done and then frantically wave amid the realisation that the nut is not in fact on correctly. 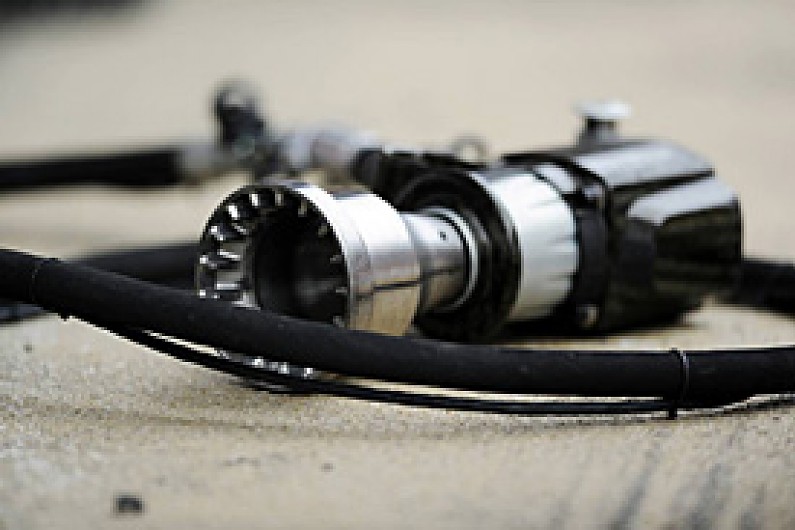 F1 uses pneumatic guns, with a hammer effect that sends pulses of torque to loosen and tighten the nut. Each is hand-assembled to a high standard and tight tolerances.

Last year Mercedes found running Helium gas in wheelguns beneficial. Although this practice is now banned, it shows the importance of the power of the wheelgun. Teams can now fit a torque sensor to the wheelgun, this will record what the tightening torque is, which can be reviewed later. As the rules currently stand, this sensor cannot be used in real time to confirm to the pitcrew that the correct torque was achieved.

Instead mechanics have a button on the wheelgun that signals to the pit light system that the mechanic is finished. A raised hand is the back-up to this electronic method. However the speed of the pitstop process can mean the mechanic prematurely raises his hand or hits the button, before he's fully sure the nut and retention mechanism are secure. 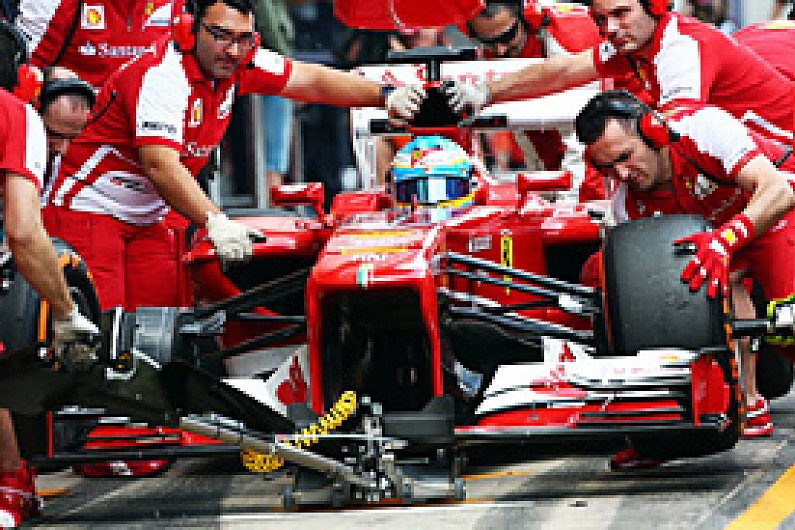 Onboard jacks and powered jacks are banned, so teams need to rely on a mechanic pulling the car up.

Jacks feature quick release mechanisms, where the mechanic pulls a lever to unhinge the jack, which is quicker than lifting the entire jack back up.

At the front of the car, both the jack and mechanic need to get quickly out of the way. So the swivel jack is now commonplace.

It is possible to release the jacks early. As soon as the new wheel is seated on the axle, the nut simply secures the wheel to the car, so often the jacks are released not as the wheelgun man raises his arm, but as the wheelgun goes on. So the car being on the ground is not necessarily a signal that it is ready to leave. 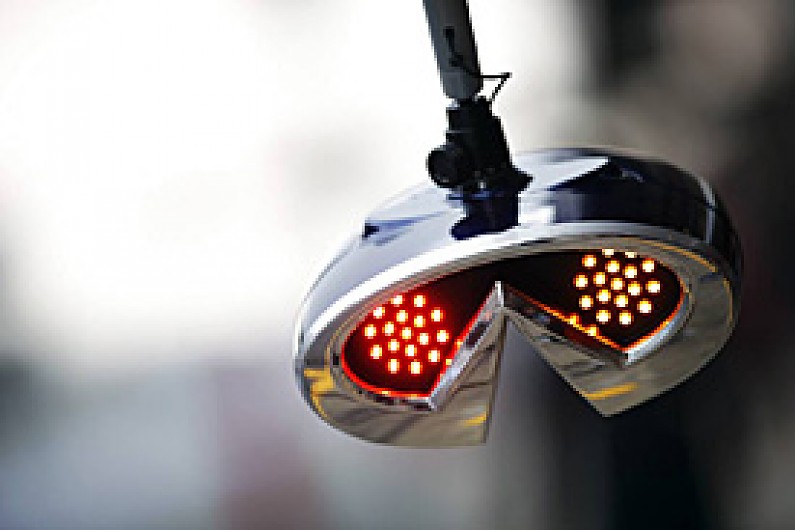 Ferrari pioneered the pit light system, a partly automated process to signal when the car is ready to leave. The lights can be linked to the jacks' release system, but there is still a manually-operated over-ride mechanism.

Should these lights be allowed or equipped to take more inputs, they could systemise the process of the car's release, with inputs from the wheelguns, wheel retention mechanisms and even sensors detecting the proximity of another car approaching in the pitlane.

However this process would be prone to errors, failed sensors or false positive triggers and could mean cars stranded in the pit or released early.