An updated version of Formula 1's 2014 technical regulations has now been issued.

While the original rules were published over 18 months ago, the new amendments incorporate rule changes approved by the FIA World Motor Sport Council before the British Grand Prix.

Outlined below are the most significant changes, which could influence both the performance and the look of the new breed of grand prix cars when they hit the track next year.

The new regulations for the 1.6-litre turbocharged V6 engine era mandate a single tailpipe of fixed dimensions, which must exit 170-185mm behind the rear axle line and 350-500mm above the floor.

With the circular end of the final 150mm of tailpipe having to point upwards at an angle of five degrees, any aero effect from the exhaust will be hugely restricted.

Bodywork is also banned in the area behind the tailpipe's axis, preventing vanes or winglets from diverting the plume towards the rear wing or diffuser.

One dispensation is that the exhaust can be offset from the car's centre-line by 100mm, which could allow the retention of the monkey seat winglet.

While current exhaust positioning rules, introduced at the start of last year, are strict, teams still gain a huge amount of downforce from the blowing effect.

With both the Coanda and downwash effects, the diffuser is effectively sealed at its sides by the exhaust, giving around two seconds per lap in performance.

As the second phase of the FIA's move to lower the nose tip to prevent disastrous t-bone or nose-to-wheel crashes, the whole nose box will now be bound by the restricted height rules of 2014.

This year, the nose tip can be 550mm high and the chassis 625mm high, with a vanity panel allowed to hide the unsightly bump created by the step. 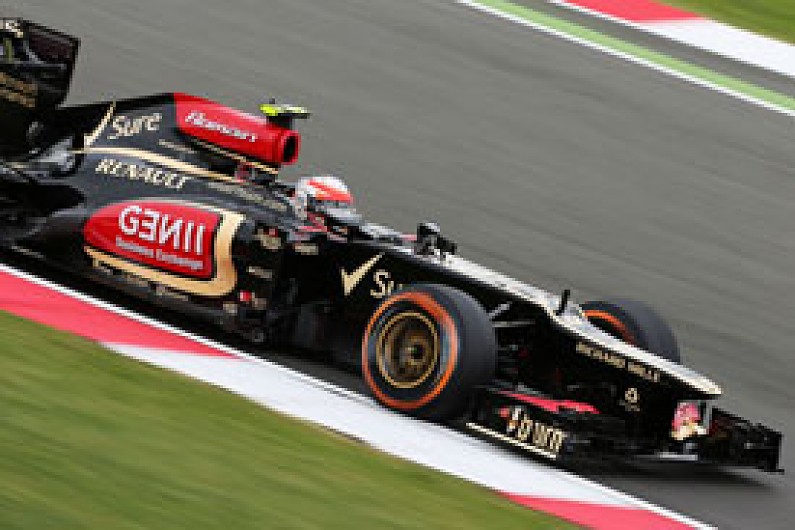 Under the new rules, the nose tip must be centred at 185mm, which is not much higher than the front wing, so noses will be very low.

This will impact aerodynamics as the flow under the nose and chassis will be obstructed.

The regulations also prevent the nose structure arching up too high and although vanity panels will be permitted, it is possible some very odd shapes will be created to maintain the highest possible chassis/nose combination.

Following recent tyre problems, the FIA has inserted a line into the regulations that allows it to change the tyre specification without notice or delay.

As part of the new powertrain regulations, a large part of the cars' power will be provided by energy recovery systems.

What was termed KERS is now ERS-K and has effectively double the power output, for five times longer, than current systems.

Harvesting this much energy under braking will affect the braking effect at the rear wheels, so an electronic rear brake control system will be allowed.

This will be used to offset the ERS-K effect by aiding the braking effort at the rear, negating the need for the driver to constantly alter the brake bias.

Following a project lead by the FIA Institute and the teams, a new side impact structure is to be introduced.

This is more resistant to angled side impacts, which might previously have torn off the outward projecting impact structures.

These new structures are specified in an appendix to the regulations and teams have some degree of freedom in their design to suit their specific requirements.

A new side impact test has been added to the regulations to test the structures' ability to withstand an angled impact. 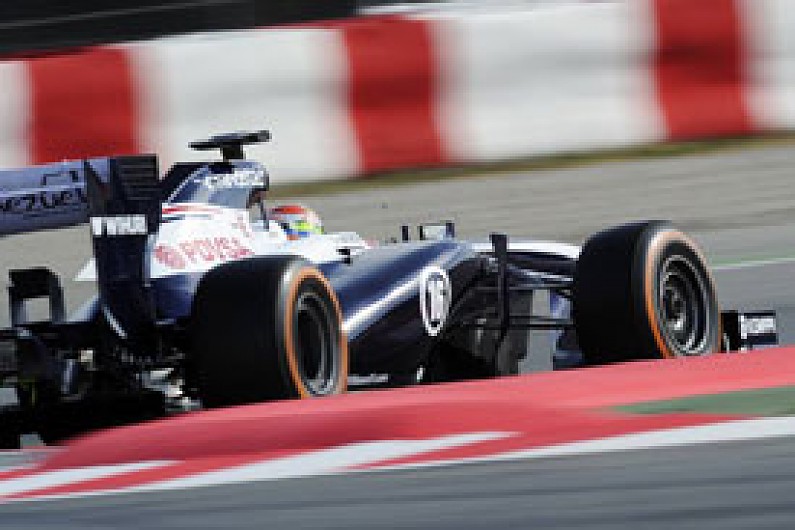 As the weight of the new powertrain is greater than expected, the minimum weight has been further increased to 690kg, up from 642kg this year and the original 2014 mark of 685kg.

Many teams have exploited the front-mounted FIA camera pods for aerodynamic benefit, often fitting them just behind the middle section of front wing.

This practice has now been outlawed by mandating the front cameras to be between 325-525mm above the floor.