For while he is right that many in F1 enjoy a life that is the envy of millions of people who do not have access to food, water or medical facilities, equally it ignored some of the serious issues that those working hard at races go through.

Criss-crossing the world by plane - often in cramped economy seats - weeks away from home and family, incredibly long hours, lack of sleep and intense levels of stress amid a fear of failure are not the stuff of dreams.

In fact, add them all together and they are actually a perfect tinderbox for mental burnout.

It's been no secret in F1 that the turnaround of staff now is higher than it has been in the past. Where once young engineers and mechanics would have to get on their knees and beg, steal or borrow to get a job in F1, nowadays the number of staff who decide quite quickly that this life is not for them is so high that teams are on a constant rotation.

For those new to F1, the strains that the sport puts people through quickly come to light. For every cheering team member that gets to experience their driver winning, there are a bunch of other team members further down the pitlane who are facing up to defeat.

Or worse still, there can be individuals who are shouldering the burden for being the person who cost their team a valuable result: be it through a botched pitstop, a broken part or a wrong call on the pit wall.

Add to that mix the fact that F1 is quite a macho sport, where owning up to weakness or exposing any trouble you are having is not always the easiest thing to do, especially when you are surrounded by a big bunch of men who all appear to be (on the outside at least) solid themselves. 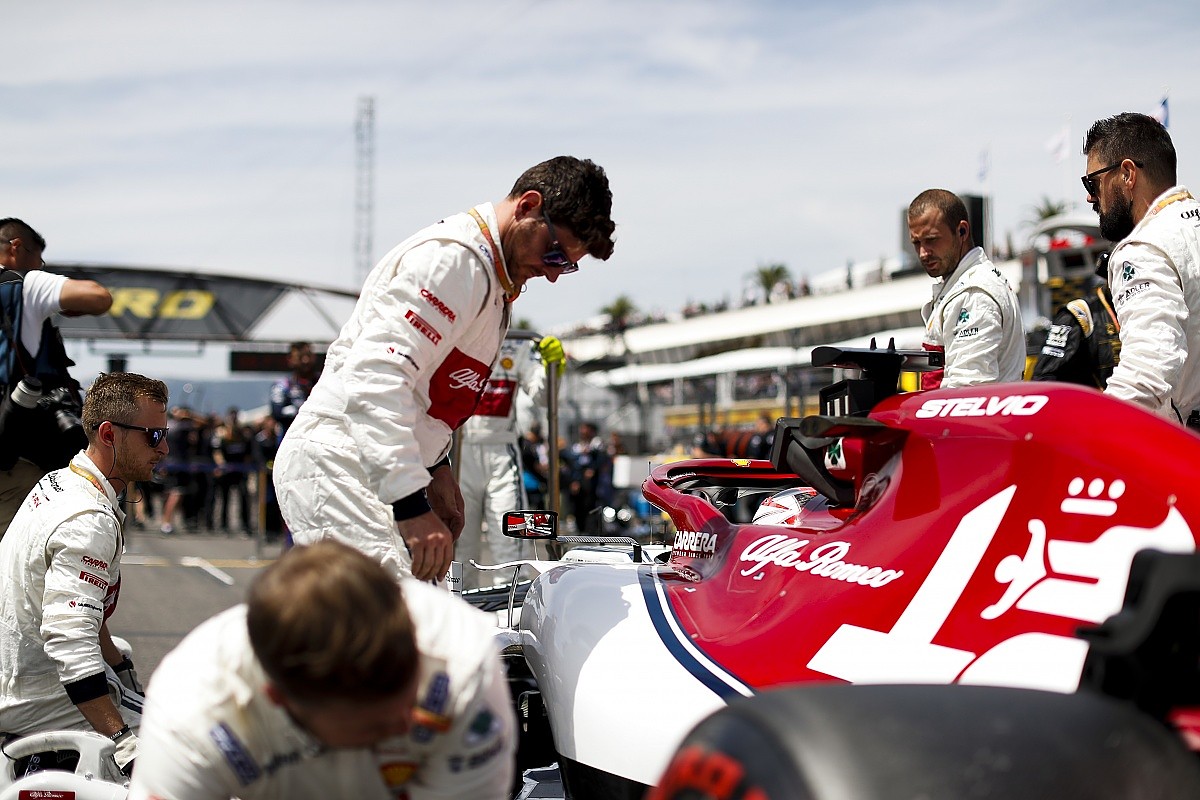 It is one of the reasons that the attention of global men's health charity Movember has shifted towards the world of F1, where it feels the assistance it can offer on the mental health front can benefit those feeling the strain.

Few have owned up in public to facing some dark times when working in a sport that many believe to be a dream job.

But one of the most moving accounts of how far the stresses can push someone towards complete breaking point recently came from former Williams press officer Aaron Rook, who says he even contemplated suicide at one race because he simply could not cope any more.

"F1 is a business with a bit of sport slapped on the side like a customary salad clinging on to a greasy doner kebab," he wrote recently on a blog post. "That probably explains the constant, unnecessary 24/7 pressure it places on its staff.

"Not even something like, I don't know, a complete mental meltdown coupled with suicidal thoughts, could grant you a moment's rest."

He added: "While the masses were slithering off to their fancy Amber Lounge parties to see who could attach themselves to the most famous person, yours truly was sat in a hotel room eating fast food and watching foreign TV.

"I was often content with that in all honesty. And, in fairness, I was always invited along to the swanky parties. But why would I want to spend the night dressed up like the Monopoly man, complete with a false grin, just to be ditched among the crowd before sloping off to the hotel after 20 minutes? 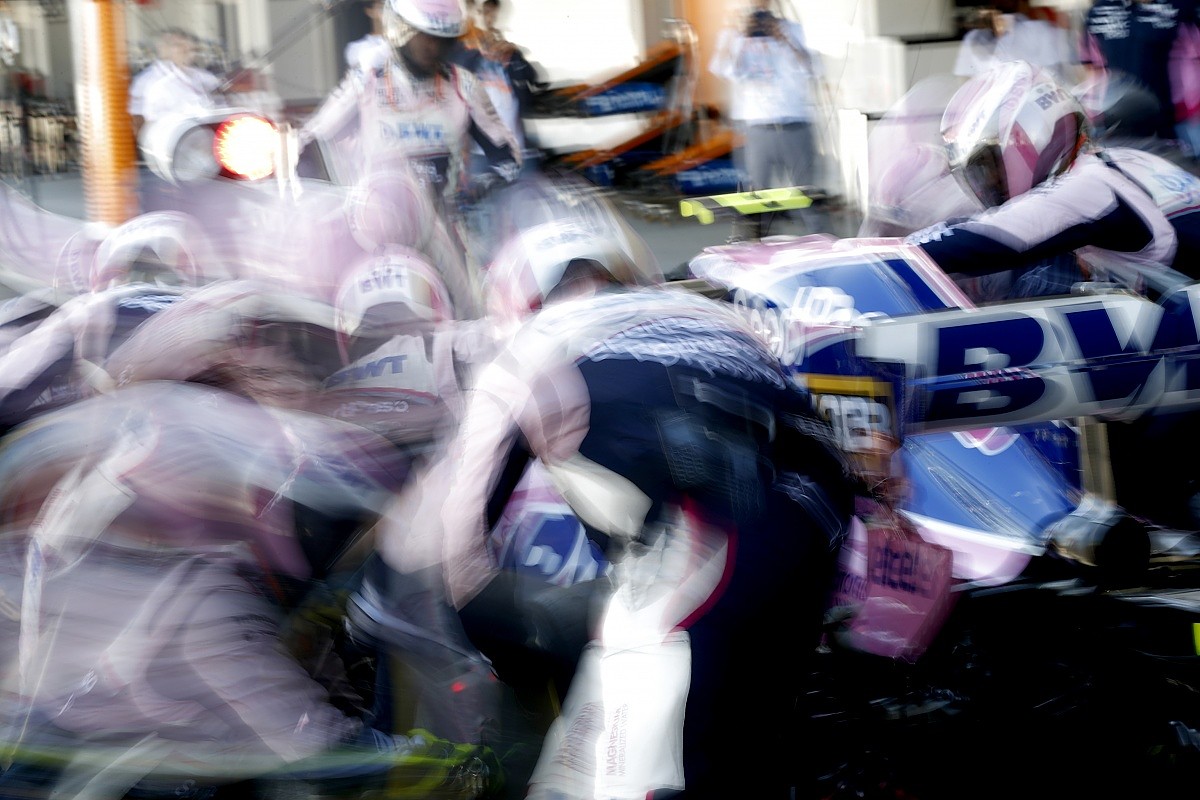 "So, it was always a safer bet to stay put and hang out with people I genuinely cared about. However, the more time you spend alone in a world like Formula 1, the further you're pushed aside. Especially in a clique-centric environment. Keeping myself to myself did just that. I often felt like the only person in the paddock.

"Not a second passed by without me thinking of my family and my friends back home and how much I missed them and needed them. In F1 I was a ghost. In fact, I almost became one."

Business and major sports are fast waking up to the need to ensure that the mental health of employees is better looked after these days - and they understand that they cannot expect their staff to simply put up and shut up with all that F1 throws at them.

But the job isn't done fully yet and Movember is aware that top level sport - especially one that involves more than 20 foreign trips a year - puts pressure on those involved that many in a more normal life never experience.

Dan Cooper, who is Movember's spokesperson for their F1 activity, said: "Traditionally, men are bought up to be strong and not show any signs of weakness, being told that to get to the top in any industry you have to keep your emotions to yourself. That perception is heightened in the world of sport'.

"F1 is a team sport and there's a lot of people that are under a lot of pressure and sacrificing a lot from a personal point of view. Yes, they're in a job that is probably what they always dreamed of doing, but some of those pressures sometimes can have a negative impact."

Movember sees its relationship with F1 as a two-pronged thing: offering help to those who need it on one side, but also using the visibility the sport brings to help raise awareness of issues to the wider world. 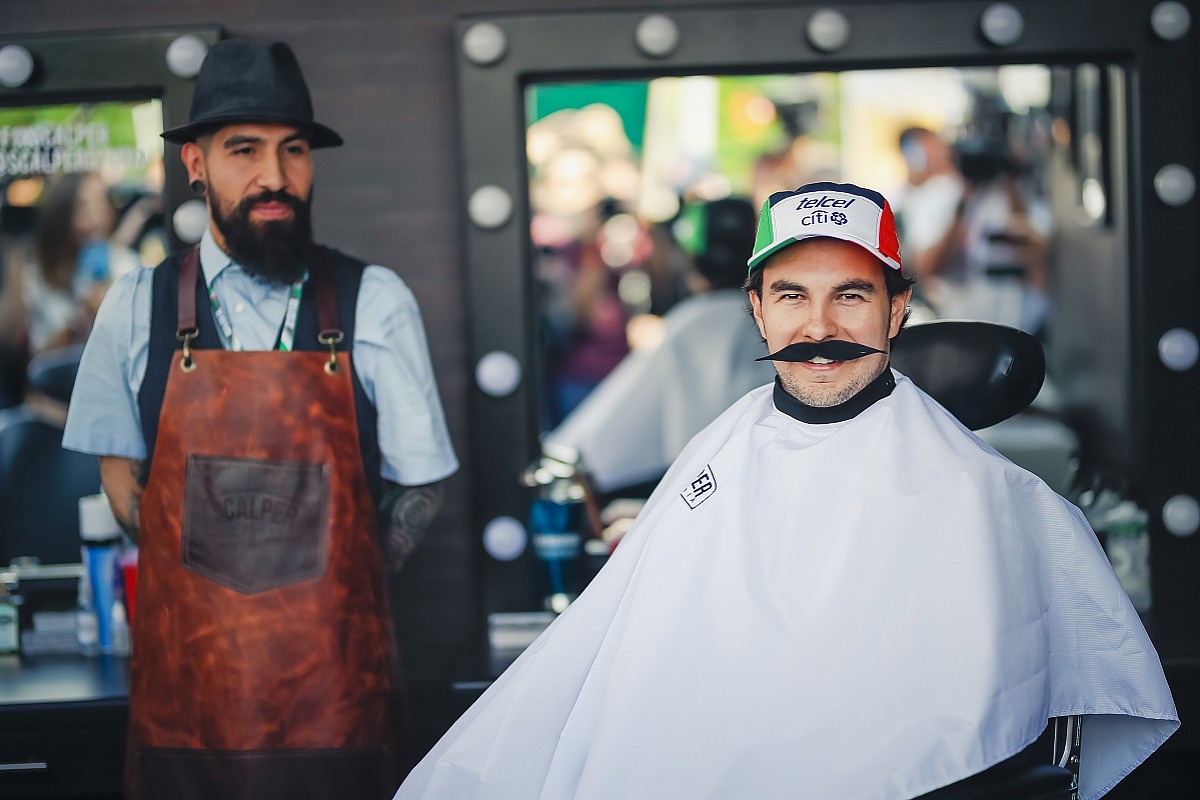 The charity has barbershops in the paddock and Paddock Club (after all, where better for men to discuss problems). It has had help from teams and drivers in its charity efforts; and the F1 pitlane in November is often full of some big moustaches.

It wants those who feel the strains to make sure they speak up and also to check in on how their friends or colleagues are doing too.

"Movember is about trying to speak to men in a language they understand, and trying to go to where men are," added Cooper. "And in order to do that you have to be authentic in our brand and what we do. We know that men are not always going to walk to a GP surgery and ask for information on things.

"A very male dominated and macho industry is starting to look inside itself a little bit more and realise that you don't have to be this tough guy 100% of the time, because if you do, I think you'll soon expire"

"We know it's not working because men are dying six years younger than they should do for many preventable reasons. We know that if men can talk and open up and actually have conversations in a comfortable space with people, either in their networks or with people they trust, then we can actually really help change, save lives and change those stats."

Teams are certainly becoming more aware of what needs to be done to help and protect their staff.

Haas team manager Peter Crolla says he is optimistic that the new generation of staff coming through F1 are more open to asking for help and not bottling things up.

"It is tough, and no matter what job you fulfil on a race team, being away from your friends, your family, your home and the conflicts that go with that is not easy," explains Crolla. "I think no matter how well a team looks after you, that's still a hard thing to have to take on a new life. 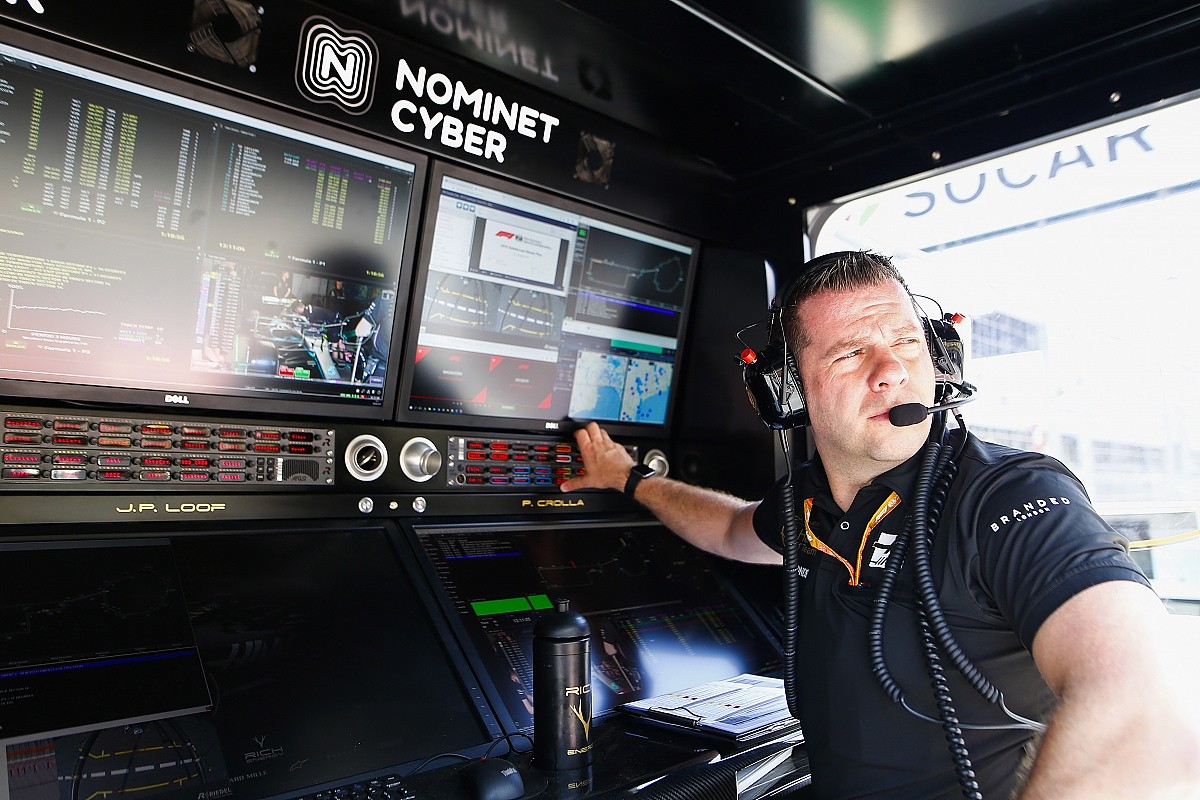 "But I think as a generation we are slowly starting to understand that we can talk about stuff and there are support networks. Be that through your employer, through friends through colleagues.

"A very male dominated and macho industry is starting to look inside itself a little bit more and realise that you don't have to be this tough guy 100% of the time, because if you do, I think you'll soon expire.

"It's probably something that the generations before us never really had to explore. And probably have been quite resistant to. But I think guys nowadays, the majority, when they think they are in need, they know when and who and where they can turn to."

That teams and organisations like Movember are aware and listening is a much-welcome step for everyone in F1 who may face challenges, stresses and difficulties that not everyone knows about. 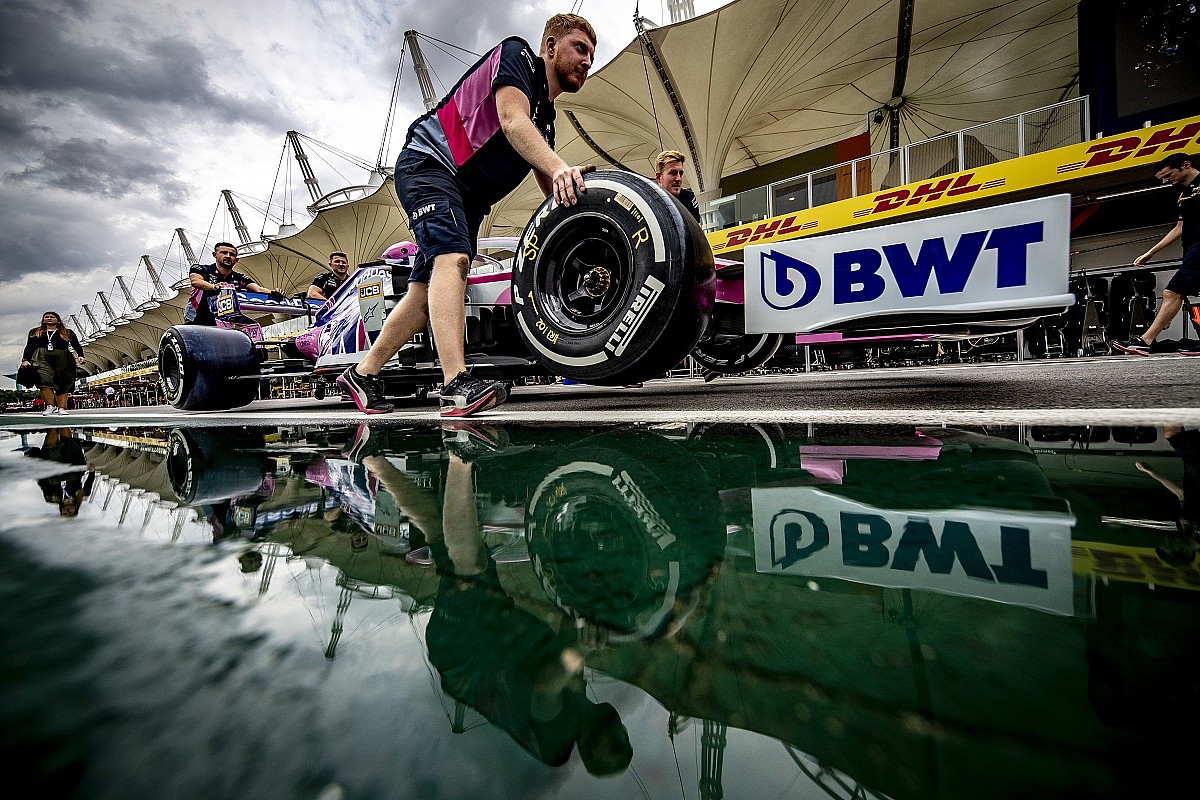