Sergio Marchionne's death following complications from surgery has cast a shadow over not just Ferrari, but also the entire Formula 1 paddock.

Marchionne, who was as famous for his trademark black jumpers as he was for his aggressive and determined approach to business, was a central figure in the current power play surrounding what happens to F1 beyond 2020.

Ferrari is the most historic name in the championship, and its presence is so often viewed as a core attraction that has kept grand prix racing at the pinnacle of motorsport, so Marchionne's repeated threats to walk away over potential regulation changes were not to be ignored.

Indeed, Marchionne was in the driving seat for Ferrari in terms of the negotiations. With team principal Maurizio Arrivabene very much in his shadow, it was Marchionne who spoke in Strategy Group meetings, was the one who consulted with other manufacturers and was willing to show little room for compromise in getting what he wanted.

Speaking to other team principals who were present when Marchionne was at his most unwavering best, they have stories about him being totally direct - his sharp tongue cutting down anyone who was trying to pull a fast one or not agreeing with the direction that he wanted things to go.

By going up against Liberty in the battle over engine regulations and a potential cost cap, clear battle lines were drawn. And with the future rules not yet set in stone, it's likely there will be some pretty intense discussions - with a few explosions along the way - before the picture for 2021 becomes clear.

Marchionne was set to retire from his roles at Fiat Chrysler Automobile (FCA) next April, and a workable timeline was in place for most of the major issues to be sorted. Now, though, events have changed all that. 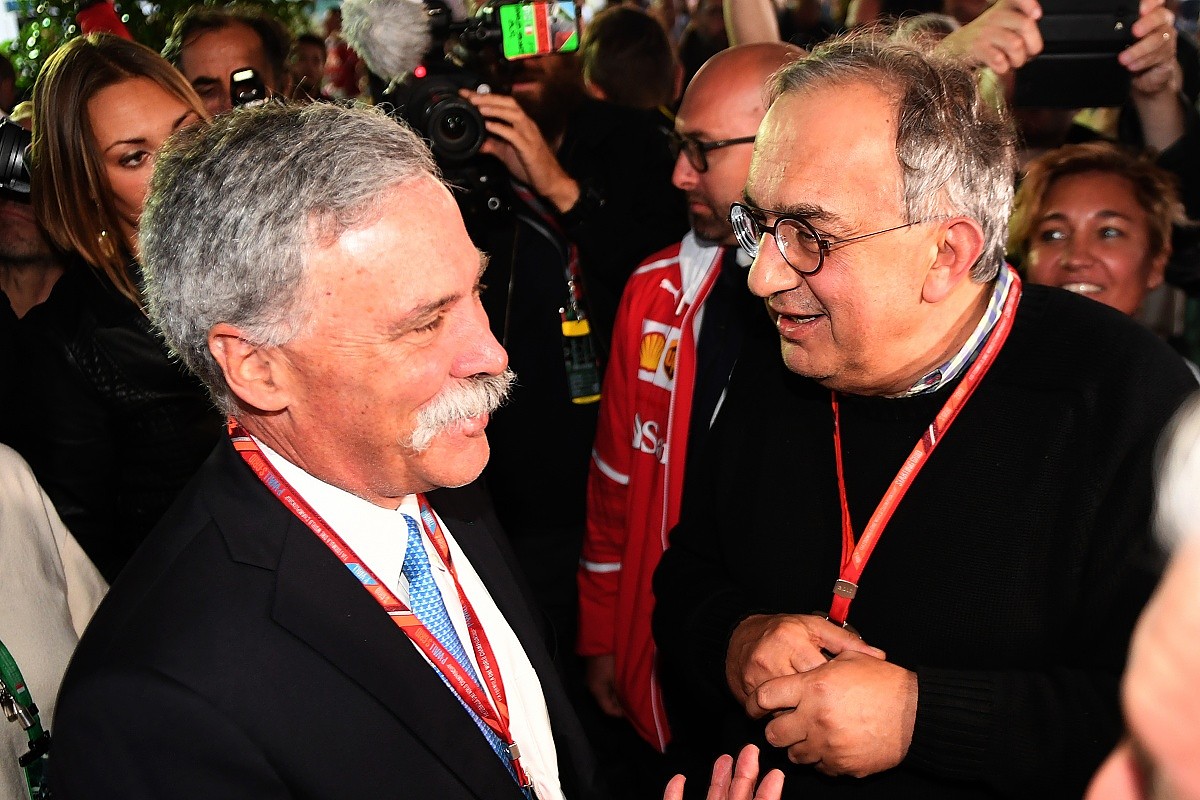 The immediate reaction in the paddock to Marchionne's retirement - announced last weekend - was how his absence was going to make life much easier for F1 chairman Chase Carey.

But if anyone is expecting Ferrari's new chairman John Elkann (the grandson of Fiat giant Gianni Agnelli) and its CEO Louis Carey Camilleri to be a push-over in negotiations, they should think again.

While neither has the kind of fearsome reputation that Marchionne brought with him, those who know both of them describe determined businessmen, with a big passion for the brand.

The decision to split Marchionne's role into president and CEO did not open the door for a political battle for control, as Elkann made an immediate push to ensure that Camilleri was given all the power he needed. That said everything about how the pair plan to work together.

Elkann has made an impressive name for himself ever since he was thrust onto the Fiat board, aged 21, back in 1997, when Giovanni Agnelli, who had been the heir apparent, died from cancer.

He grabbed Marchionne from SGS, an Agnelli-owned Swiss product-inspection company, to run Fiat back in 2004, and together they formed a close alliance to pull the Italian car company back from the brink.

Even without his Agnelli background, Elkann's skills more than justify his step up at Ferrari, and there is every chance he will form another bond with Camilleri as he did with Marchionne. 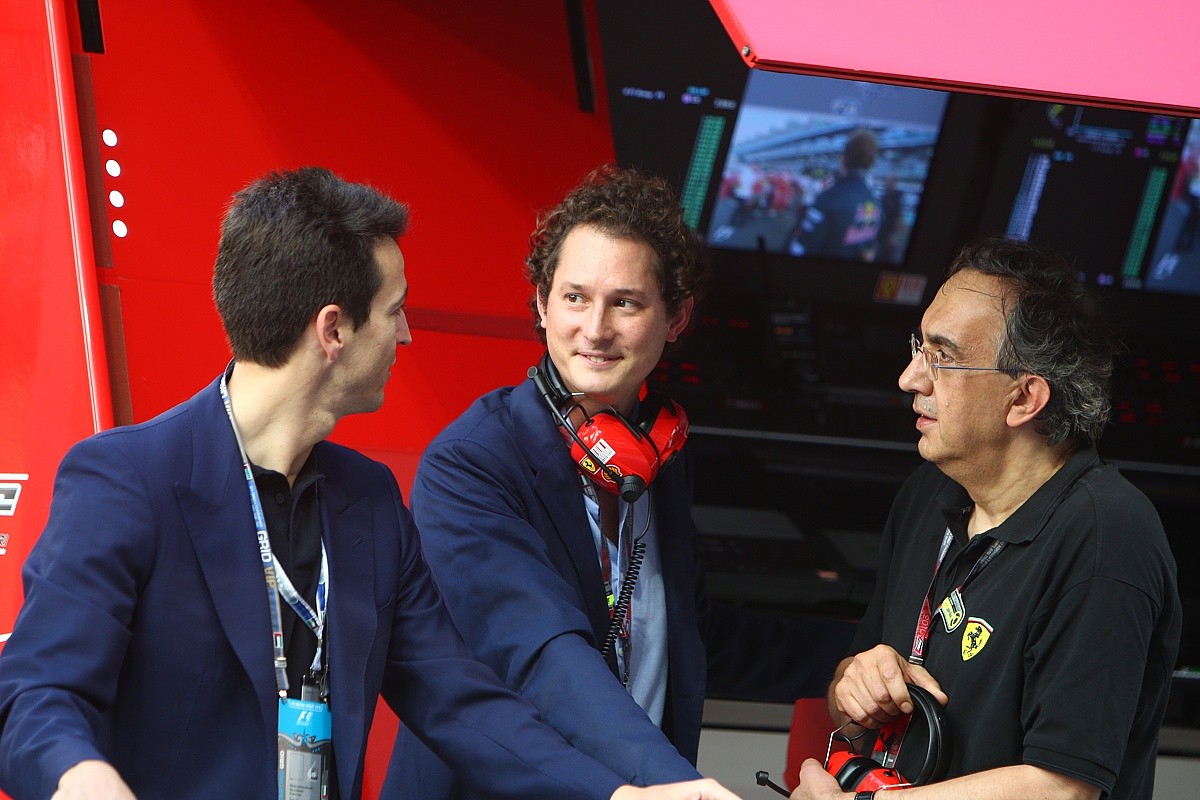 Camilleri already appears to have become entrenched inside Ferrari. He's house-hunting near Maranello because he is determined to be at the factory every day, and has already made the decision not to take over Marchionne's office.

Instead, he has opted to base himself in former president Luca di Montezemolo's old office.

Camilleri may not be a well-known figure to those outside Maranello - indeed his most famous moment was when the tabloids reported that he was dating Naomi Campbell a few years ago - but inside the team he is well respected after serving on the board.

His former role as head of Philip Morris brought him into close contact with F1 and Ferrari, and he has been a regular at grands prix. He has also served on the board at Telmex, the Mexican telecommunications giant that helped sponsor drivers including Sergio Perez.

Camilleri is no stranger to making big companies work, and is said to be especially good at assisting them during important evolutionary steps.

He helped Philip Morris during the shift away from traditional cigarettes towards e-cigarettes; and now he will be tasked with taking on Marchionne's vision for a Ferrari that includes SUVs and hybrid technology.

And while he may come without the kind of confrontational attitude that Marchionne had at times, Camilleri is known to be a very hard worker with a belief in delegating responsibility. And he is said to be a man who demands discipline and hard work from his staff. 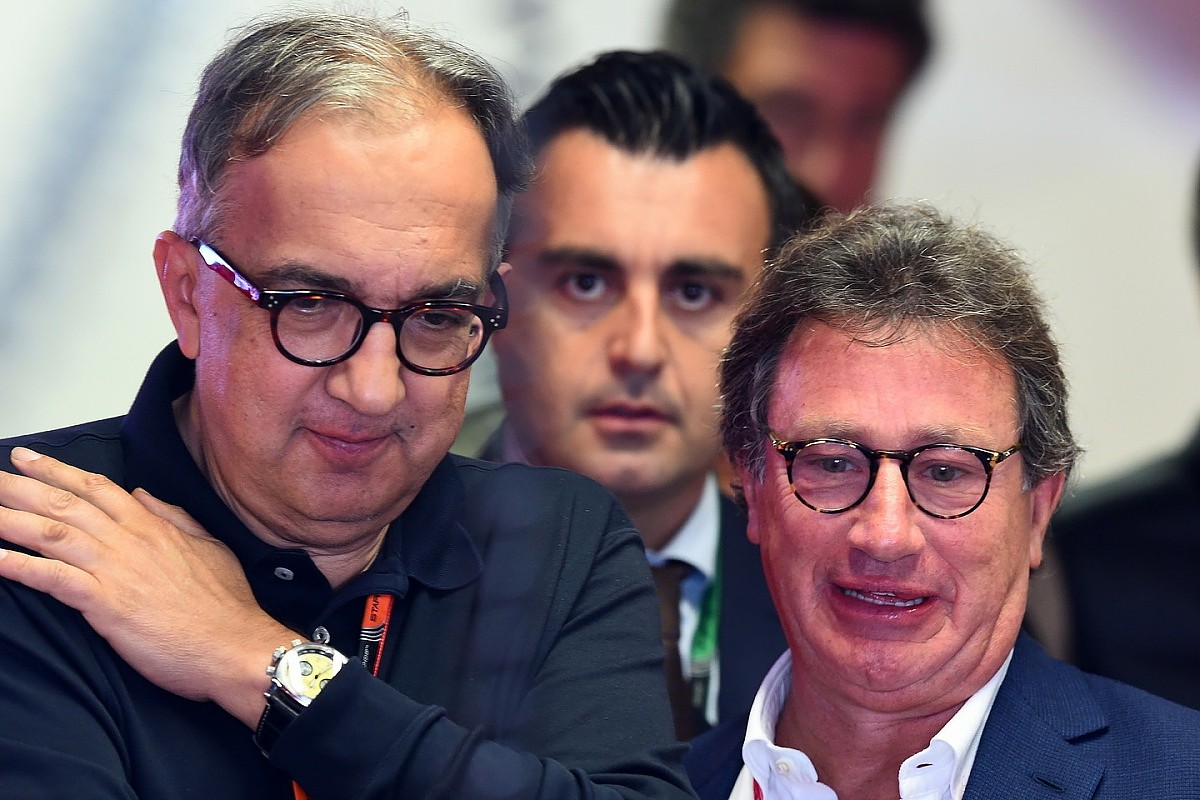 Elkann and Camilleri's first task will be to settle the ship. They held a conference call with Sebastian Vettel and Kimi Raikkonen on Monday to update the drivers on their plans, while factory staff were also fully briefed.

It seems little will change in the day-to-day operation of the team in the short term. The technical structure that Mattia Binotto has been able to put together (with Marchionne's personal seal of approval) is doing all that could be hoped for, so there is very little reason for the new bosses to interfere.

Camilleri's knowledge of the team, and experience of F1, will make him aware that there is little to be gained by shaking things up simply for the sake of it.

But one intriguing aspect is that Camilleri is good friends with Raikkonen. And following Marchionne's famous quote about the 2007 world champion sometimes being a "laggard", there is already speculation that he may suddenly end up getting another contract extension.

Continuity will be the name of the game for Ferrari in the short term, but it will be fascinating to see how in the next few weeks Camilleri approaches the discussions with Liberty, and the team's relationship with the other manufacturers. Will he be as ambitious about Alfa Romeo's presence in F1 too?

There is unlikely to be a long period of grace before the company needs to make its stance clear over the 2021 rules.

The future engine regulations need signing off by the end of this year, and important decisions will have to be made on whether Camilleri sticks with Marchionne's hardline attitude or tries to come to a swift compromise. 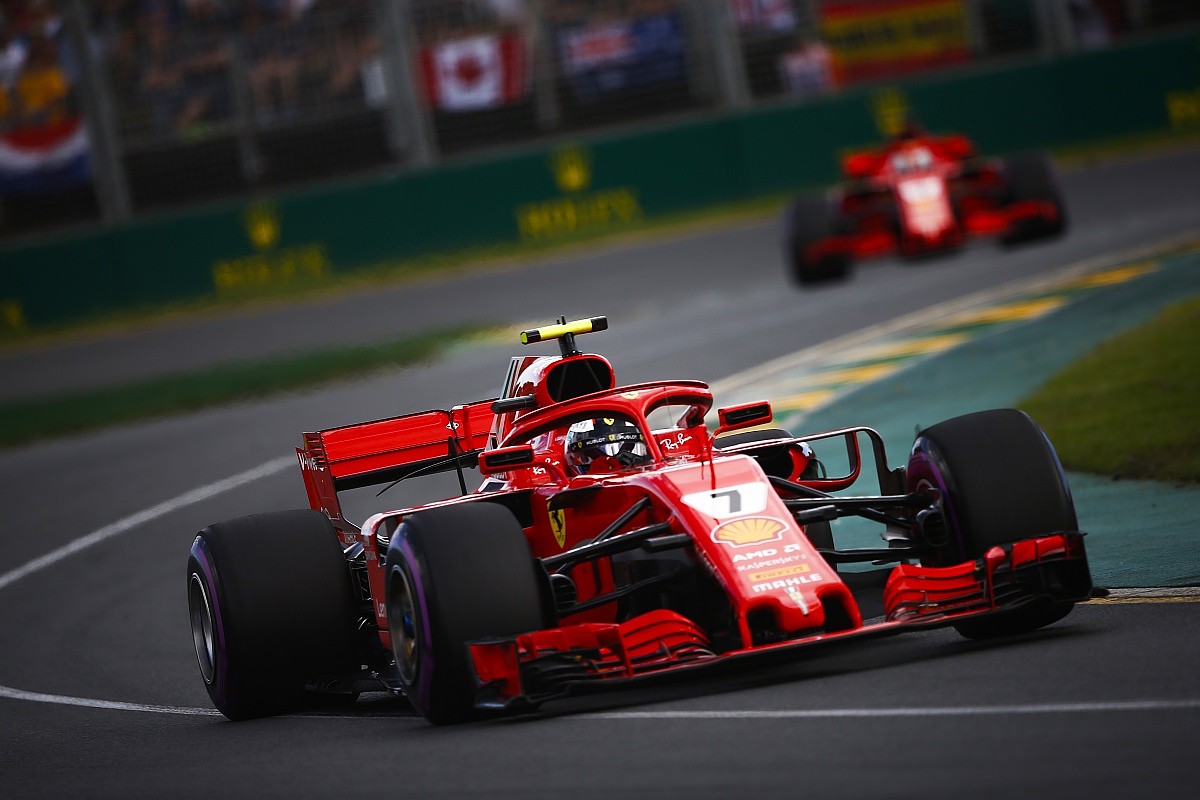 One thing is clear though. Ferrari isn't about to sit back after having change forced upon it by tragic circumstances. It wants to take Marchionne's vision forwards.

In a letter that Elkann sent to FCA staff at the weekend, there is every indication of a desire to push on with the current culture and fight for what it believes in, rather than do something different.

"He [Marchionne] taught us to have the courage to challenge the status quo, to break with convention and go beyond the tried and tested," wrote Elkann.

"He has always pushed everybody to learn, to grow and to excel - often beyond their own limits - starting always with himself. The legacy he leaves with us speaks to what really mattered to him: the pursuit of excellence, the idea that there is always a better way.

"His lessons, his impulse never to accept the status quo, never to be satisfied with 'good enough' have become a core part of our culture within FCA: continually setting high standards and never settling for mediocrity.

"Sergio's definition of a leader is truer today than ever. What really matters is the kind of culture he leaves behind. The best way to judge a leader is by what the organisation does after him." 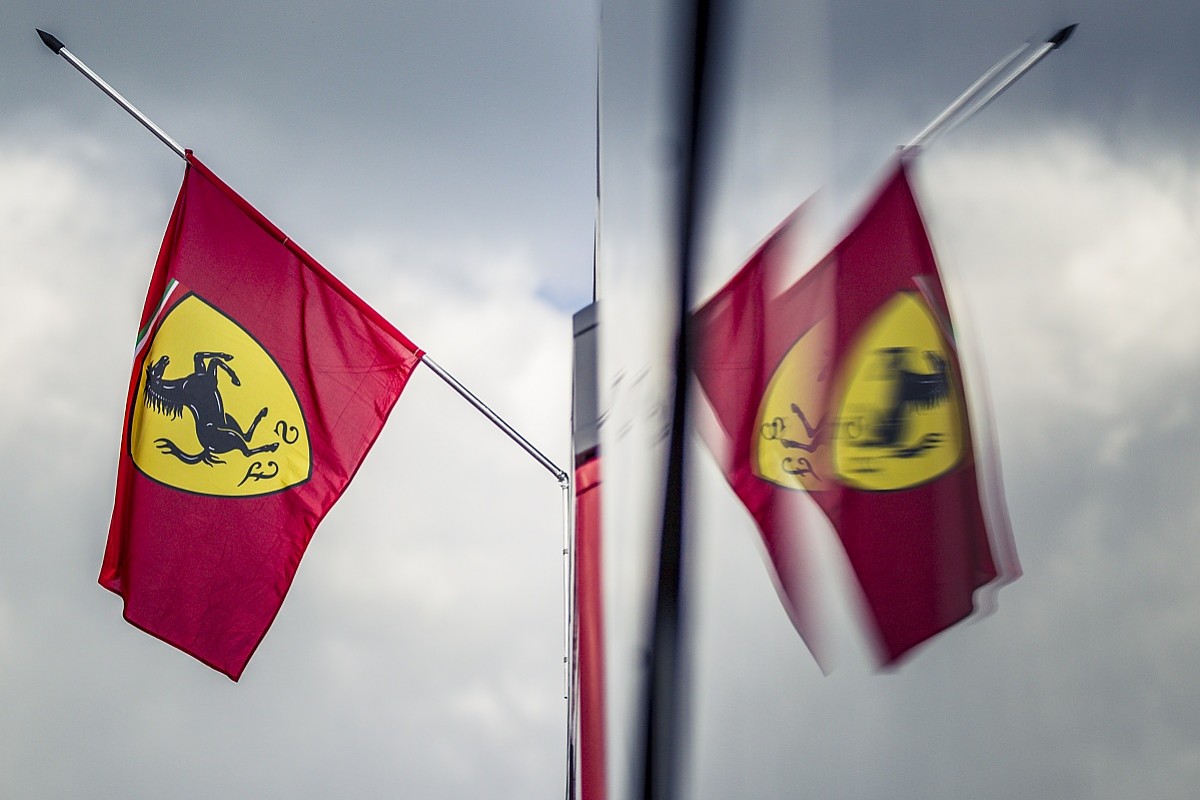