Last year Williams retained its pace relative to Mercedes, but Ferrari and increasingly Red Bull stepped into the gap between them.

The low drag, high top speed ethos of 2014's FW36 was carried over, but the old car's stable mechanical package appeared to lose its edge. The FW37 struggled in the wet and on low speed corners, while on other occasions appeared to inexplicably fail to get the tyres in their working range.

With these problems well understood, winter development aimed to resolve the issues and add pace to the new package.

Looking at the car, at first you could be forgiven for thinking little has changed - the strong livery and visual impact of the short nose carry over.

But there are substantial, if not visually obvious, changes to the new car around the suspension, sidepods and tail area. 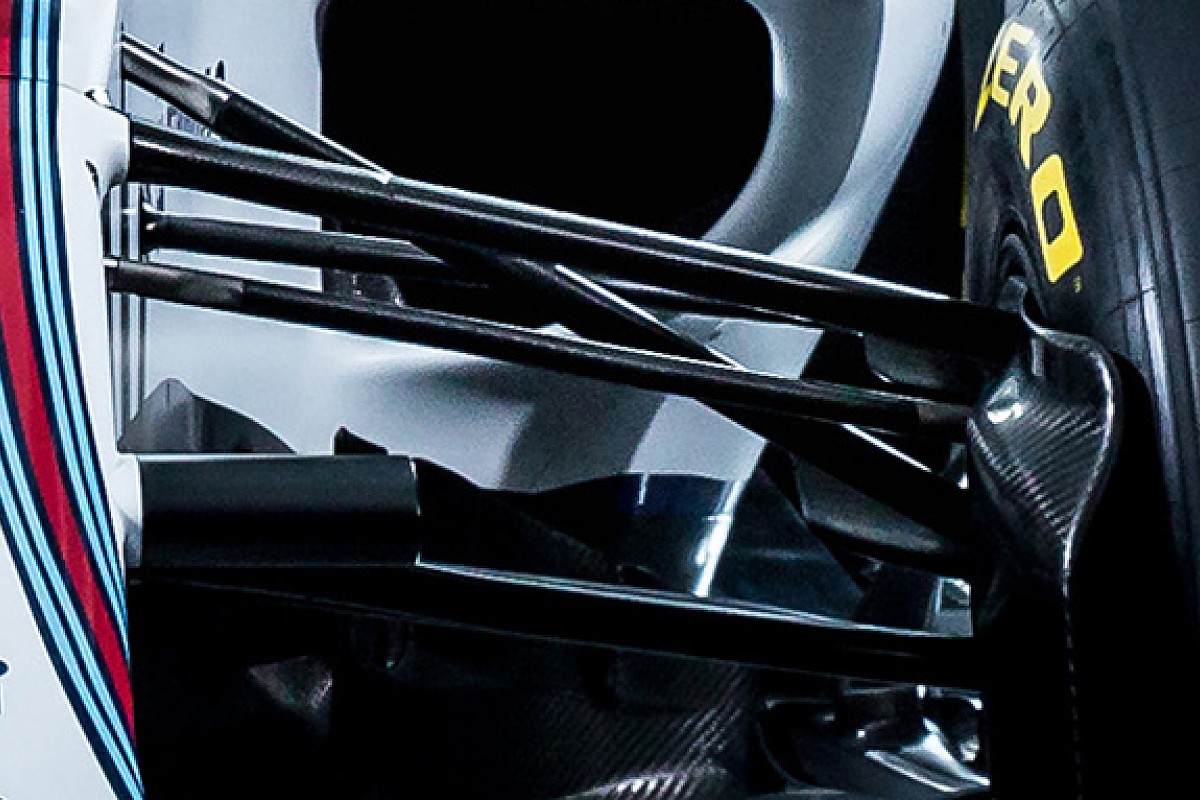 Either the nose is a close relation of the old, short wedge-shaped, thumb-tipped version, or the rumours of an entirely new nose coming for testing are well-founded. The front wing is certainly a carry-over item from 2015 for the launch car at least.

What has changed around the front is the suspension set-up. It appears the aggressively angled wishbones of the old car have been flattened and the inboard mounts for the front wishbones seem from the images released so far to be a little lower this year.

This is the first part of the package of changes to bring mechanical grip back to the tyre and improve the chance of getting the Pirellis in their operating range. No doubt optimisation of the inboard mounted springs and dampers has gone on too.

Like all 2016 cars, the cockpit area is subtly revised with the larger side padding around the driver and pod for the FIA safety camera fitted in front of the cockpit, as now required in the rules. 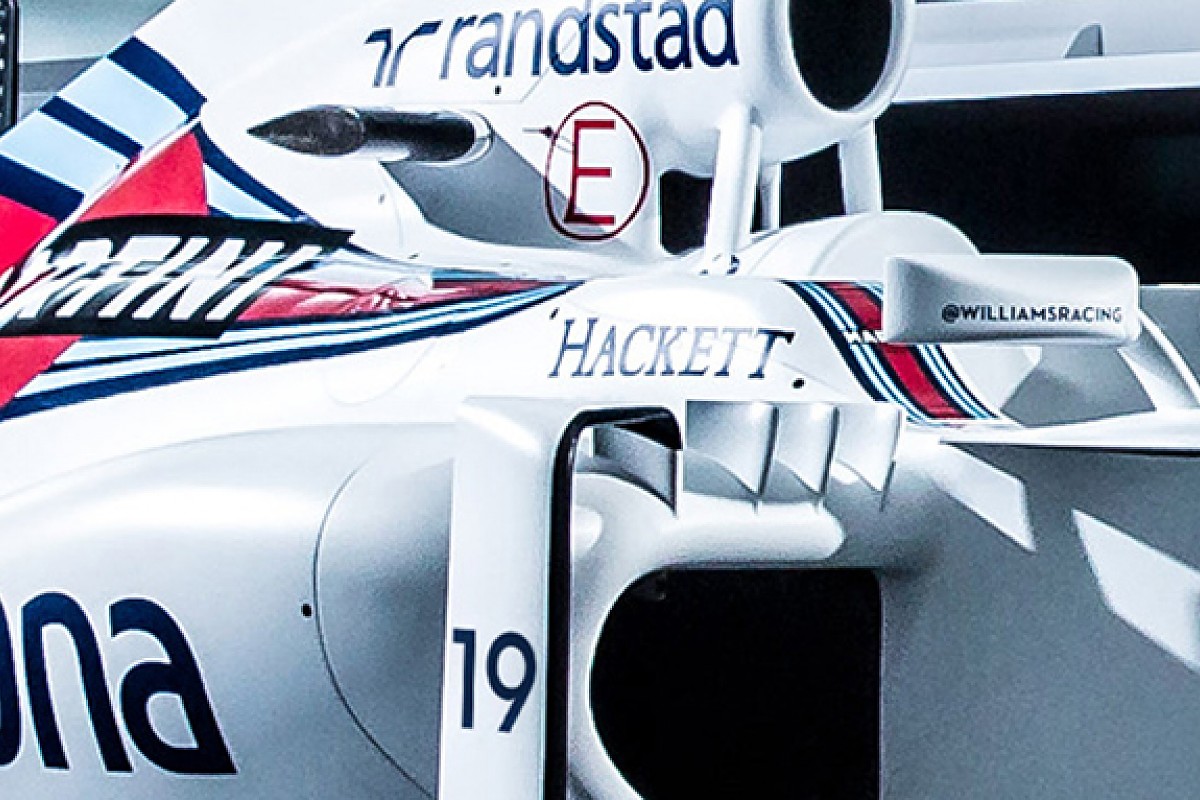 The sidepods are the big visual change. For many years Williams adopted a unique truncated sidepod shape, with the sidepods curling in tightly to the rear of the engine and the exposed gearbox and crash structure radically lowered to encourage airflow over the diffuser and rear wing.

Now Williams has gone for a more conventional shape, with sidepods extending into the rear suspension and the outlet area formed in two bulges from the flanks of the sidepod's tail.

Changes at the front include reshaped inlets, which are higher and wider than the old shape, with extra vanes mounted atop the sidepod's shoulders to help keep the airflow attached over their longer shape.

One more unusual feature of the sidepod is the Mercedes-inspired vane that extends from the engine cover and wraps around the rear suspension. This is a clever interpretation of the rules, as the vane helps both sidepod cooling and the directing of airflow over the rear end.

It's interesting to note the rear crash structure and, more than likely, the gearbox case itself are reshaped this year. They no longer take the radically low line shape as seen on Williams's recent cars and have a more conventional shape. This change ties in with the sidepod shape rethink. 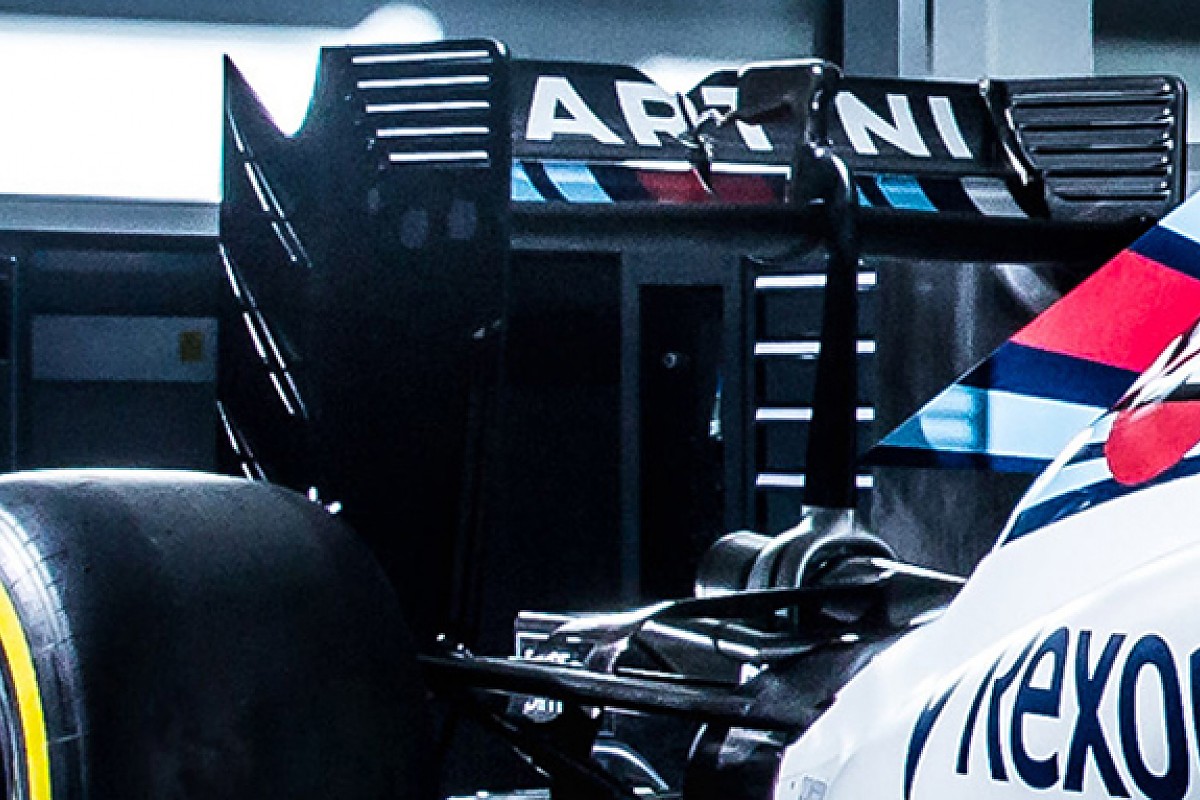 Above the gearbox, the Mercedes exhaust tailpipes emerge. As the turbo's exhaust and the wastegate exhaust need to be separate this year, Williams has a triple exhaust set-up, the larger turbo tailpipe exiting centrally through the horseshoe-shaped rear wing mounting pylon.

Then the two smaller tailpipes form each wastegate, pass around the wing mounting and exit below and to the side of the main exhaust.

These wastegate pipes will rarely blow any exhaust gasses, so their position is more a tidy packaging exercise than a means to create some performance. As the rules and the current engine strategies stand, there is almost nothing aerodynamically to be gained from blowing bodywork with the wastegate exhausts.

From what we can see so far, it's clear Williams has accepted, understood and worked on the failings of its largely excellent 2015 car.

The changes it has made should at least keep the deficit to Mercedes stable. But the fact little else on the design seems to be new means there is not much evidence this gap will significantly narrow.

It remains to be seen what other new parts will be fitted to the FW38 during testing to add more raw performance, rather than just address legacy problems. 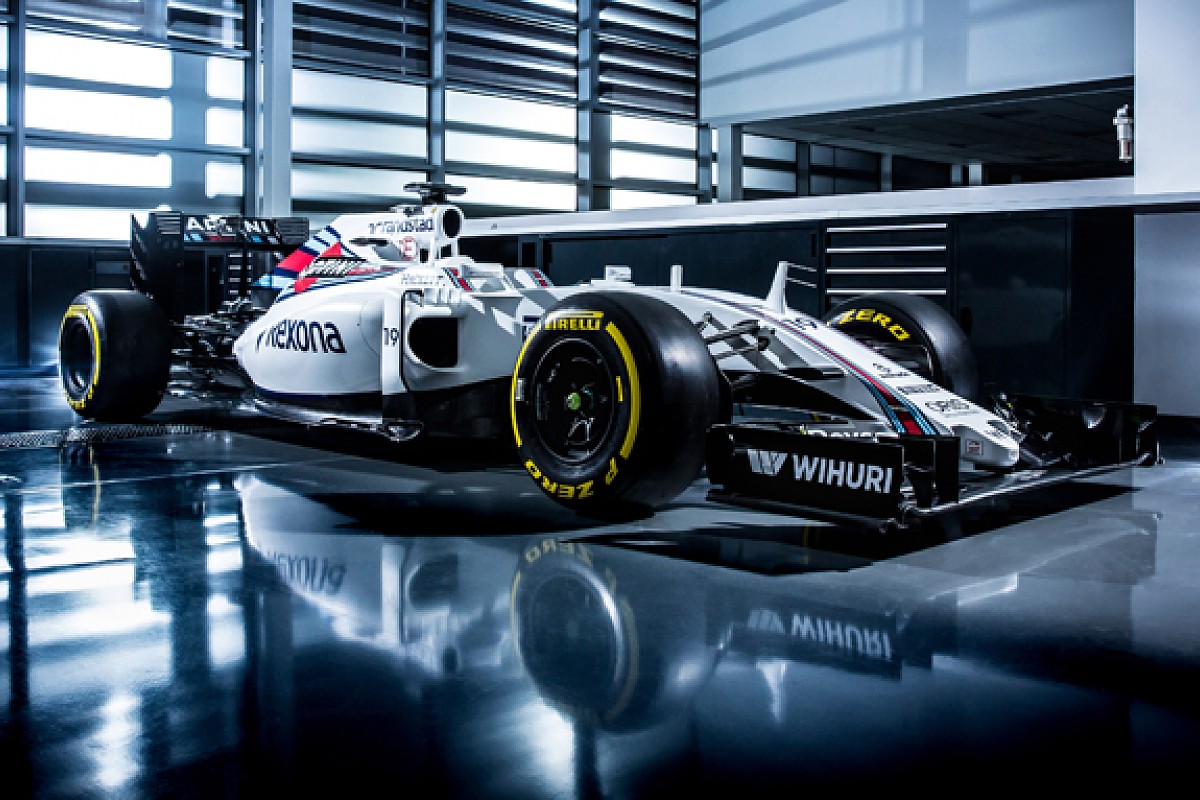