Prototype race to feature in expanded Motorsport Games 1611837225 Other

Jules Bianchi was a 25-year-old destined for a long and successful grand prix career when he suffered his terrible accident at last year's Japanese Grand Prix.

Only in his second season of Formula 1 with the Marussia team, the long-time Ferrari protege had caught the eye with consistently strong performances.

Results were few and far between, a wonderful drive to ninth place and his and the team's first F1 points in Monaco being the highlight, but the quality of his performances shone through even in backmarker machinery.

That weekend in Monte Carlo was a superb example of his speed, determination and tenacity as a racer.

Fast in practice, to the point where he looked likely to reach the second stage of qualifying on merit, problems in qualifying meant that he couldn't show his speed and a gearbox-change penalty meant he started on the back row.

But he got his head down, showing his ability in wheel-to-wheel combat with a forceful move on Kamui Kobayashi's Caterham.

He also showed his fortitude as, with a five-second post-race penalty hanging over him, he did enough to stay in the points.

But while this will forever remain the high point of his F1 career, there were plenty of other compelling, but less high-profile performances.

Bianchi was consistently able to pull strong qualifying laps out of the bag, showing a knack for maximising the grip offered by new rubber.

He also didn't let the fact that he was feeding off scraps at the back of the grid get on top of him even though he was a driver used to fighting for wins throughout his career on the way to F1.

His fine showings in 2014 built on a strong rookie season, making the most of his unexpected opportunity to race the preceding season after missing out on a Force India ride to the experience of Adrian Sutil.

When Luiz Razia lost his Marussia seat during pre-season testing, Bianchi was drafted in and made light of his lack of running with accomplished performances.

Even with his Force India and Ferrari test experience, to hit the ground running, consistently outperforming team-mate Max Chilton and turning in good race results, marked him out as a driver to watch.

But none of this came as any surprise to those who had followed his rise through the junior ranks.

Following a successful karting career, Bianchi graduated to cars in 2007 and claimed the French Formula Renault 2.0 title in his first season with SG Formula.

A long association with ART Grand Prix then followed, his career being guided by team co-owner Nicolas Todt. He finished third in the 2008 Formula 3 Euro Series, winning two rounds, and won the prestigious Masters event at Zandvoort.

Bianchi stayed in F3, dominating the Euro Series at his second attempt with nine wins, as well as a couple of British championship victories at Algarve.

He graduated to GP2 via the Asia Series at the end of 2009, and also had his first Ferrari F1 running at Jerez that December. He became a Ferrari Driver Academy member at that point, and completed various tests with the Scuderia thereafter, most recently in place of Kimi Raikkonen at Silverstone last July.

His career progression then plateaued slightly, as he twice finished third in the GP2 main series with ART.

He also suffered a fractured back n a crash at the Hungaroring in 2010, but despite having surgery didn't miss a round.

A switch to Formula Renault 3.5 followed in 2012, but his title bid ended in controversy when he was hit by Robin Frijns in the final round at Barcelona.

Out of the car, the softly-spoken Bianchi was a determined and very likeable character, popular in the team for his personality as well as his ability behind the wheel.

It's unclear exactly what direction his career would have taken in him, but a future as a Scuderia Ferrari driver might have awaited him and a move to Sauber for this year was on the cards.

But in his 34 races for Marussia, he proved beyond any doubt that he belonged in F1. 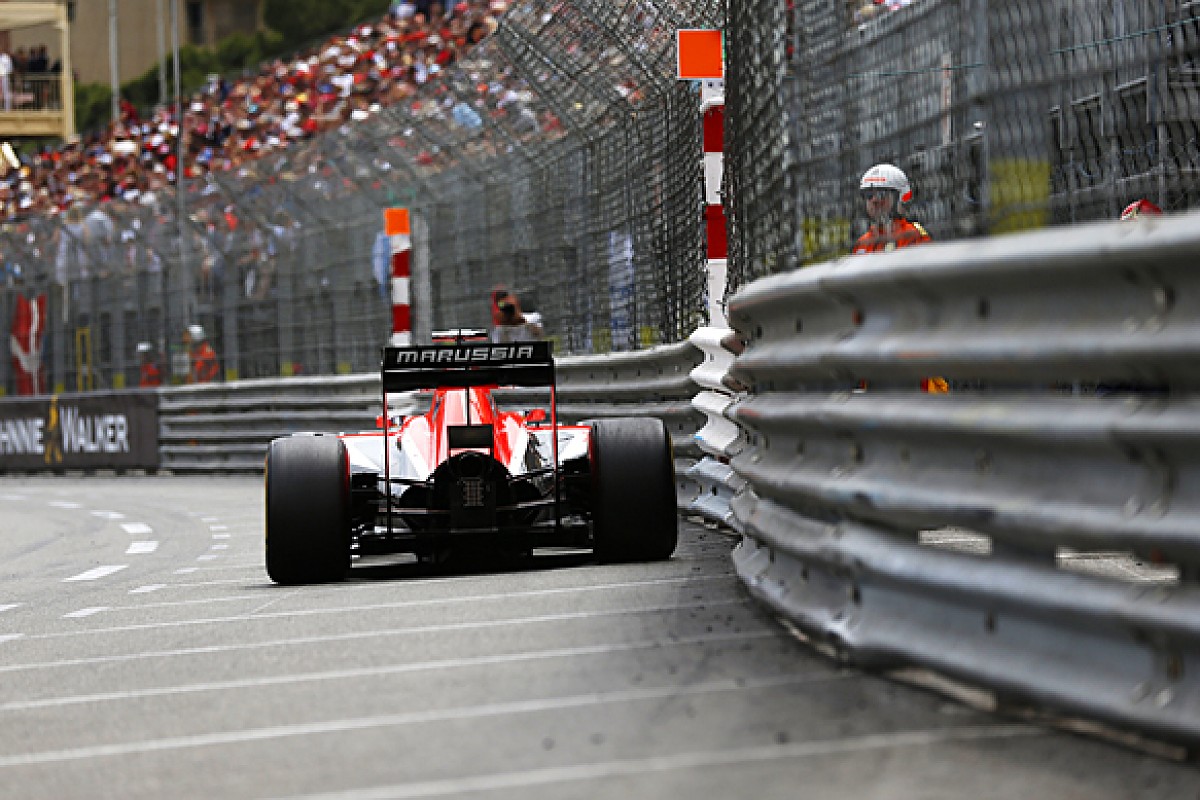