Chicken Licken would have had an easy time finding people to listen to him about the sky falling in on Formula 1 after the Chinese Grand Prix.

Following a weekend where there were cries that F1 has now become "a bit WWF", that top stars were touring around in qualifying "like Driving Miss Daisy" and there were radio calls back to the pitwall asking if they should or shouldn't be racing rivals, who could dispute that something was amiss?

While some enjoyed the wheel-to-wheel battles at Shanghai, plus the myriad overtaking moves and the fluctuating tyre strategies, there were others who were less impressed by what unfolded on Sunday afternoon.

With the soft Pirelli compound effectively only useful as a qualifier, the tyre strategies were perhaps the most extreme we had seen for a while. It was one of those afternoons where the race never got the chance to settle down.

There were plenty of pitstops, and there was more than enough overtaking, but the event was reminiscent of a basketball game, where the ball pops through the hoops plenty of times, but the scoring is pretty much irrelevant until the final seconds of the game.

The Chinese GP was an interesting race to watch, but it was certainly not the kind of edge-of-the-seat thriller that we had witnessed in Malaysia a few weeks ago, when the Red Bull and Mercedes battle was being played out in a more straightforward fashion and building up to a crescendo at the final stop.

Yet China was enough for the whispers that F1 is broken to get louder in the hours after the race.

Are the Chicken Licken doom-mongers right? Is the world falling in on grand prix racing? Does this new Pirelli-dominated, DRS-fuelled F1 really need to be ripped up before the sport falls totally under a showbiz umbrella?

My answer is a firm no.

F1 is a sport of tiny disparities. And just as the differences between a top car and a midfield car are a matter of tiny percentages of performance, so too the delivery of a perfectly thrilling race or the kind of 'spectacle' we saw in China is actually the result of a few tiny factors coming into play.

Had Pirelli brought the medium and the hard tyre to China, the weekend would have had a totally different complexion. Also, if the weather had been as cool as it had been in previous years, the soft tyre it did bring would have worked much better.

We are talking of small details being wrong. A different soft compound would have changed the complexion of it all and stopped the critics. This doesn't get anywhere near being a totally broken situation.

Then there was the DRS factor. When it was brought in, the idea was that the moveable rear wing would give drivers at least the chance of an overtaking move, whereas for too long it had been almost impossible.

In China, though, the doubling up and the length of the two zones was probably too much, for it appeared to simply allow drivers to sweep past their rivals without any effort at all. That's not what racing should be about.

The solution to that problem is a revision of the places DRS can be used. It's not a case of ditching the concept at all, for it's been essential in delivering some pretty spectacular racing over the past few years.

What F1 needs, then, is a bit of tinkering with; not a ripping up of the Pirelli/DRS formula that's recently served us so well.

And let's not forget that Pirelli/DRS F1 has also produced some pretty boring one-stoppers in that time - fuelling the Chicken Lickens to get excited and call for more aggressive rubber and bigger DRS use...

No sport is able to guarantee that week in, week out it's going to deliver the perfect spectacle. Football matches with the same players at the same grounds on different days can be 3-2 thrillers or 0-0 bore-fests. What makes sport so exciting is that it's unpredictable. After boring events, the great ones feel greater.

If F1's biggest worry at the moment is that sometimes the racing is delivering a bit too much 'entertainment', then it should be happy - because that's a much better situation than we had in years gone by when, time and again, the pole position man would lead into Turn 1, and then it was game, set and match with no overtaking.

For all its faults, the Shanghai race was wide open, and there was no way any of the teams or fans could say for sure in the hours before the start who was going to win on Sunday. It was easy to put a case for six or seven drivers - which is a fantastic situation for F1 to have.

And although some drivers hate the way that they have to drive at a pace far from flat out to preserve the tyres, others are enjoying the challenge.

The one man who would have grounds for wishing that F1 was back to the old days of whoever leads into the first corner wins was Lewis Hamilton, but when I asked him if he liked the current way he goes racing, he had a big grin on his face.

"Today I was flat out for a lot of the time," he said. "It's just strategic. You have to strategise. It is a bit like playing chess."

Perhaps most encouraging of all, amid the claims that F1 has gone too far in putting 'the show' in front of the purity of the sport, is that it's still the best drivers and the best teams coming out on top of the pile.

If the current formula was delivering races where men such as Fernando Alonso, Sebastian Vettel, Lewis Hamilton and Kimi Raikkonen were powerless to stop some of the midfielders beating them to the top step of the podium, then there would be a need for a serious rethink.

So to see F1's five current world champions fill the top five finishing positions in China says a lot. And no matter what tyres had been in place, or how long those DRS zones were, few could argue that Alonso did not deserve to win after a fantastic performance.

China wasn't perfect, and lessons should be learned and acted on. But, equally, it's not the end of the world as we know it - and we all know what happened to Chicken Licken. 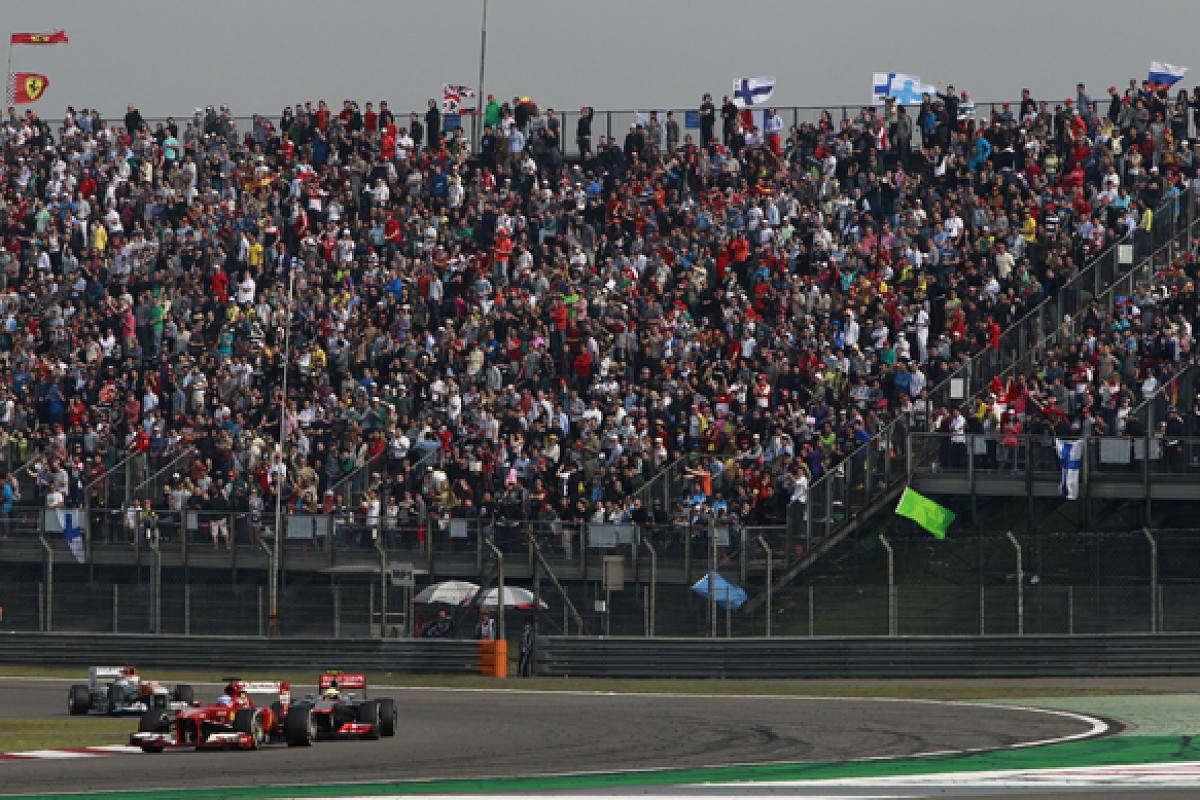