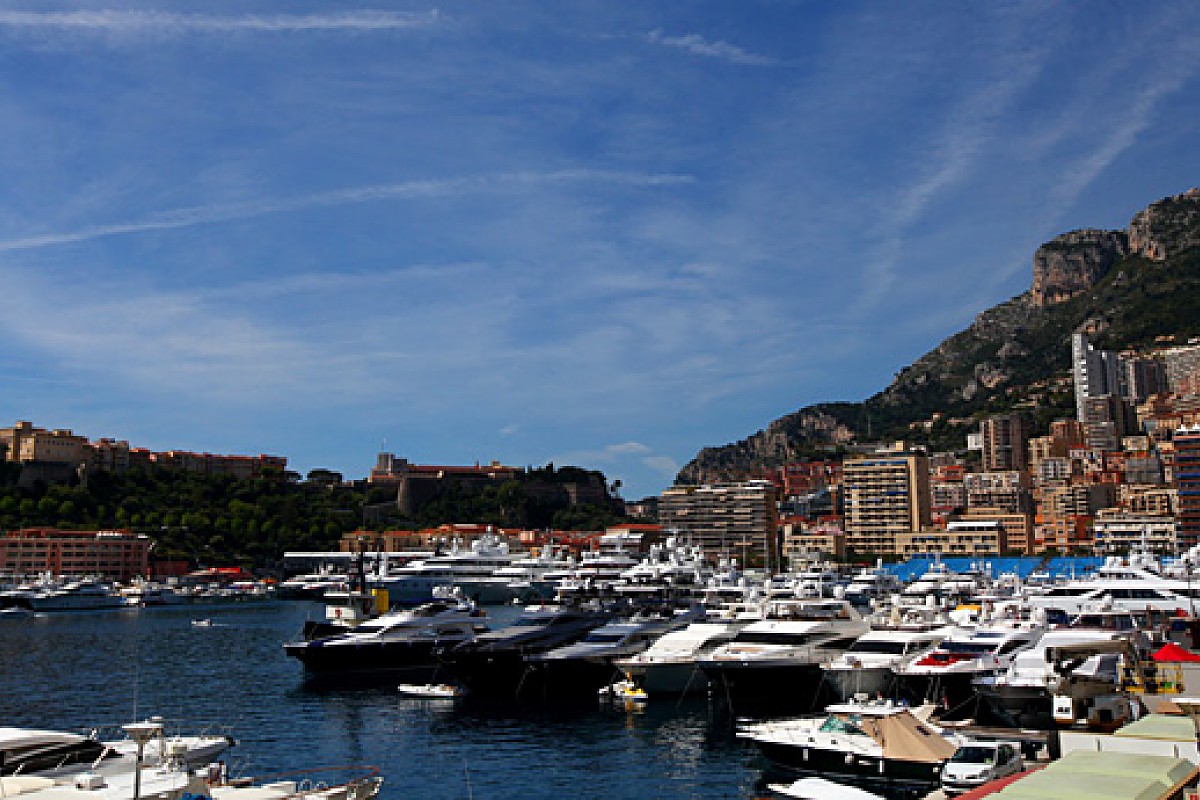 In Formula 1, there's no party like the Monaco Grand Prix weekend. So with the sport producing one of the most spectacular seasons in its history, it was only right that its blue riband event would deliver all the glitz and glamour that makes those days in Monte Carlo so special.

Despite a train strike causing chaos for fans trying to get into Monaco, the celebrities that provide an essential element of the weekend had little trouble getting into town, so they didn't miss any of the fun.

Attracting most attention were the Hollywood A-listers, with McLaren playing host to Will Smith and Cuba Gooding Jr over the weekend, while Antonio Banderas was being looked after by Vijay Mallya at Force India.

Red Bull again had its huge energy station outside the paddock, which blasted out the tunes until the early hours each night. And out in the harbour Mark Webber launched a new Casio Edifice watch, which fans will be able to get their hands on later this year.

The Monaco weekend has its traditions, too, with the annual charity football match on the Tuesday evening before the grand prix featuring star performances from Michael Schumacher, Felipe Massa, Sergio Perez and Vitaly Petrov.

There was the regular party on board the superyacht the Indian Empress, attracting a packed audience of F1 regulars on Thursday night, as well as guests including Michael Fassbender and Jeremy Clarkson. 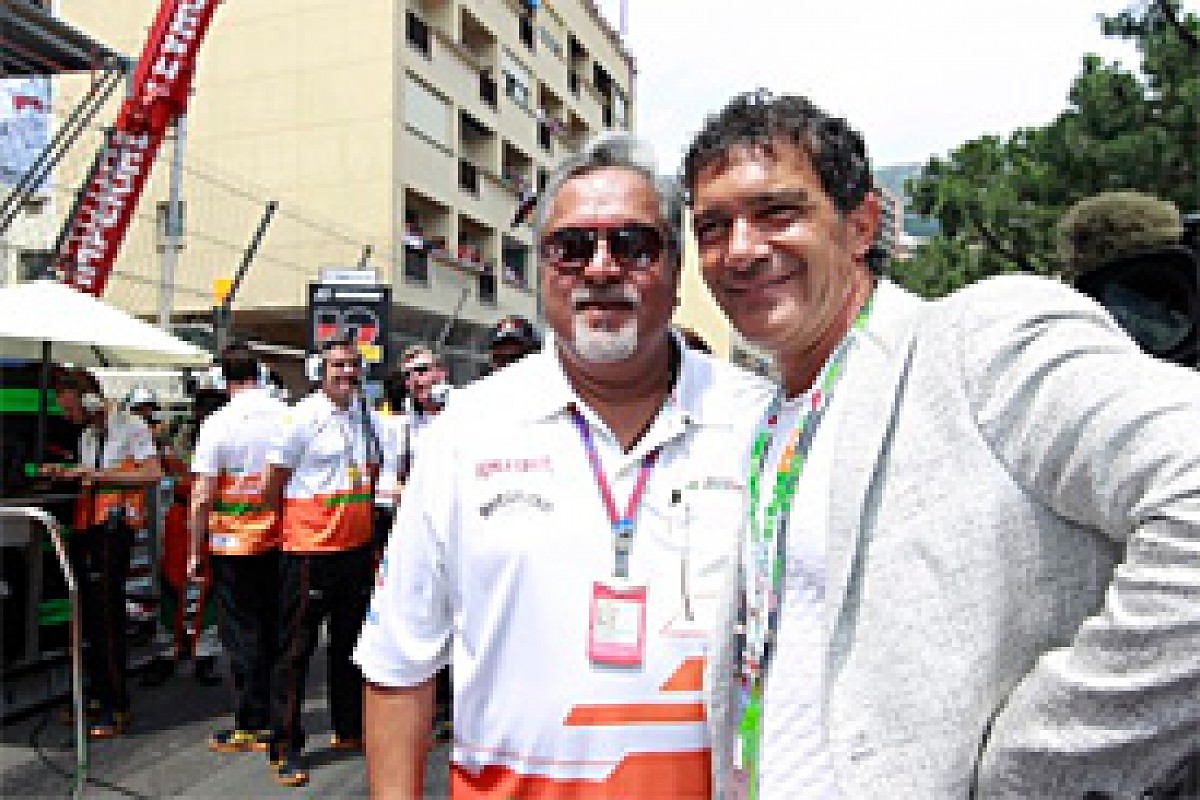 Formula 1 drivers may be the stars on the track over the Monaco weekend, but they can also steal the show off it - especially when the annual Amber Lounge Fashion Show hits Monte Carlo.

The regular fundraiser, set amid the stunning backdrop of Le Meridien Beach Plaza, has become a must-visit event for F1 regulars as models and drivers take the catwalk - before celebrities battle it out to win the charity auction.

Following a surprise appearance in the pool from Britain's Got Talent finalists Aquabatix, it was turn of the stars present to dig in to their pockets for the chosen charity - the Special Olympics.

By the end of the night, almost half a million Euros had been raised - which included special donations from H.S.H Prince Albert II of Monaco, Bernie and Tamara Ecclestone.

Even former F1 winner Eddie Irvine came away with something, after winning the bid for the new 'Rush' movie premiere and memorabilia lot.

With the fashion show done, the Amber Lounge parties began - keeping race regulars, and a few of the drivers, enjoying the Monaco experience until the early hours of each morning. 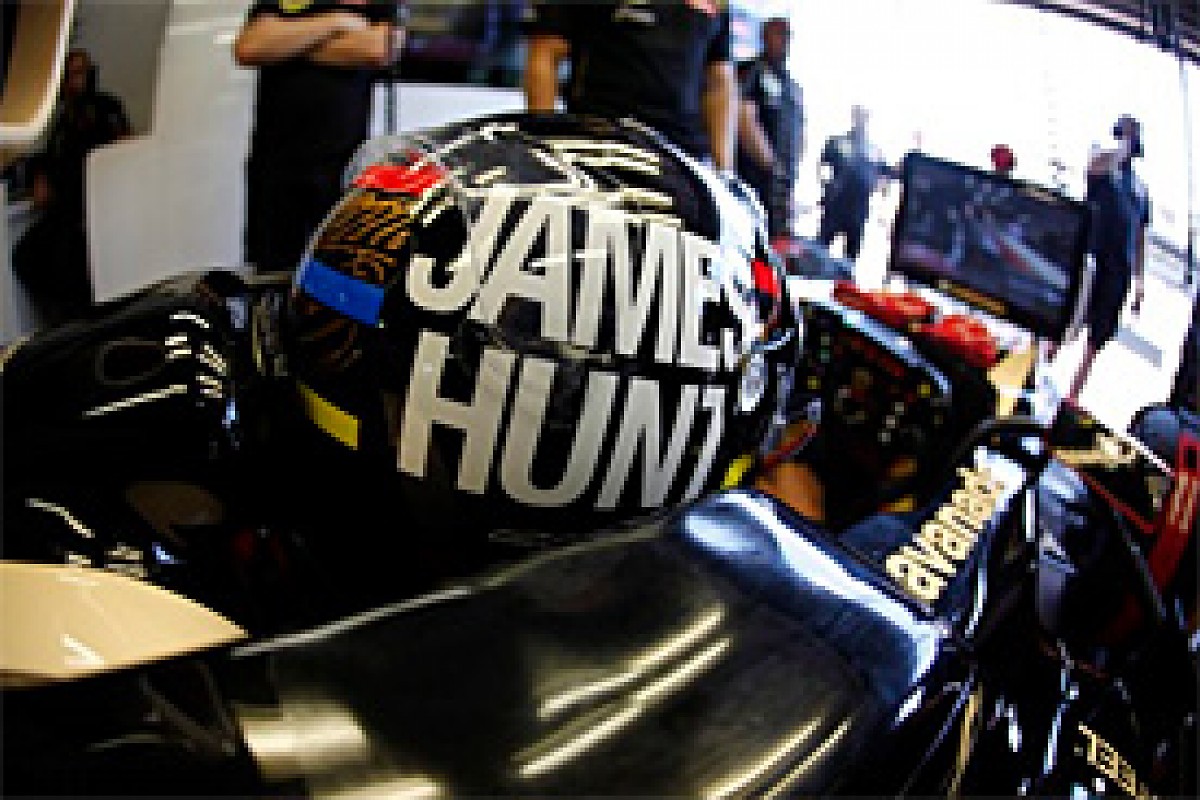 There was a time in F1 when a driver would keep his helmet design for the entire season. Nowadays, special headgear has become more of a regular feature, although Monaco took things to new extremes.

Fernando Alonso had penned his own unique gold and white concept, which featured the number 28 to mark his grand prix wins, as well as 2006 and 2007 for his Monaco triumphs.

Sergio Perez added a photo of Mexican actor and comedian Roberto Gomez Bolanos, who is better known as 'Chespirito'. The Latin American idol will be presented with one version of the helmet, while another will be auctioned for charity.

Sebastian Vettel, well known for changing his helmet design more frequently than other drivers, fitted sequins to his Monaco special, Charles Pic had a lid that commemorated the history of the race, Pastor Maldonado showed off the first of some 'Earth-themed' helmets, and Romain Grosjean also had a special lid for Monaco.

But the two that caught most interest were those used by Jean-Eric Vergne and Kimi Raikkonen, who both paid homage to other racing drivers.

Vergne wanted to do something special for compatriot Jean Alesi, who was racing in the Indianapolis 500 on the same day as the Monaco Grand Prix, so employed the famous red and blue stripe design.

But perhaps the one that everyone was most interested in was the James Hunt-style helmet worn by Kimi Raikkonen - on the weekend that 'Team Enstone' was celebrating its 500th grand prix.

While Hunt is not a particular hero of his, Raikkonen has long wished he had been born decades earlier so he could have raced in the '70s, in an era when there was perhaps more fun off track...

One journalist recounted a conversation a few years ago between Niki Lauda and Fernando Alonso about the Spaniard's interest in racing in the '70s, with the veteran warning against being too keen to compete at a time when wages were not as good.

"If I was racing now," Lauda smiled at Alonso before bursting into laughter, "I would not only have more money, but I would also have more ears..." 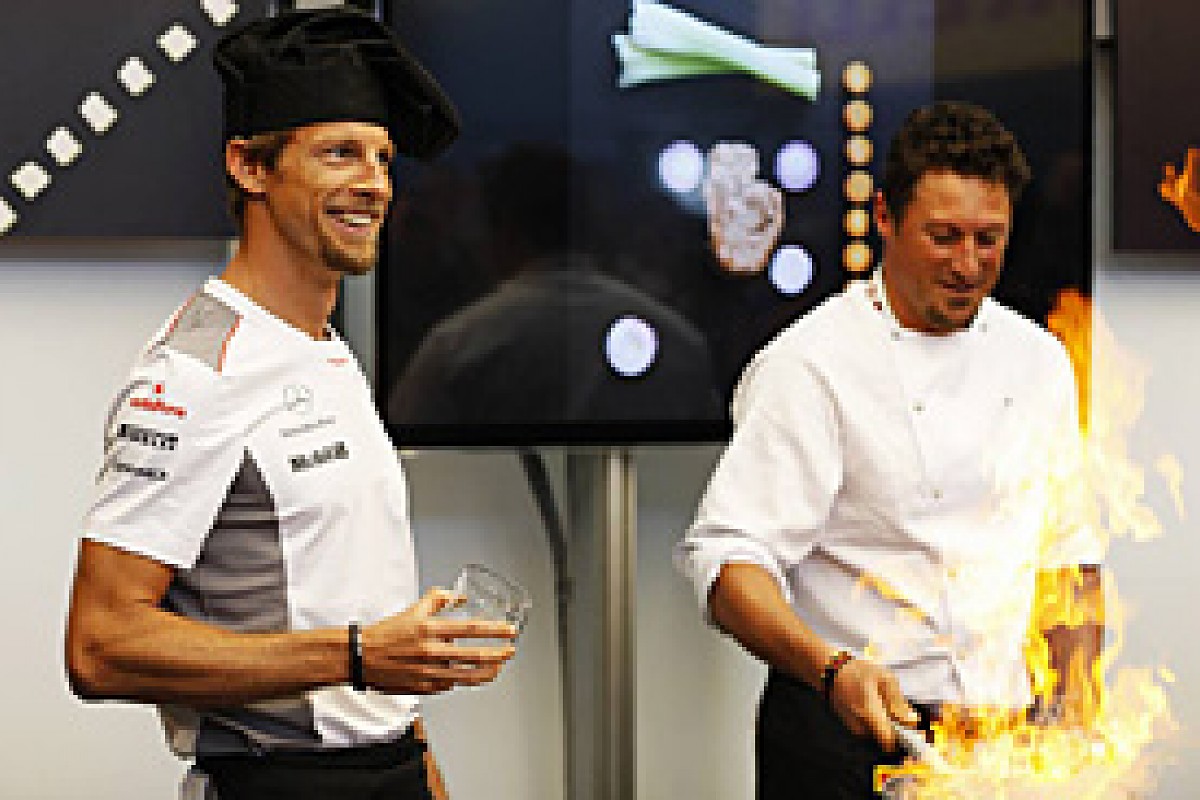 One of the things that makes the Monaco GP special for fans is how close they can get to the stars, thanks to the fact that all the drivers and racing heroes of the past are much easier to bump into as they go about their business in the Principality.

However, fans were given a bonus when the F1 FanZone got grand prix racing's test drivers to show how they matched up against each other.

The FanZone has been put together as an initiative to bring the sport closer to spectators and deliver the sights, sounds and experiences of F1 to those that perhaps aren't so aware of how great the sport is.

As well as PlayStation simulators, there was a hydraulic driving experience, a pitstop challenge and a Batak game, which drivers use to help improve their hand/eye coordination.

In Monaco, the FanZone invited the test drivers to race each other on the PlayStation simulators, and it was Williams tester Valtteri Bottas who came out on top after edging Pirelli's Lucas di Grassi and Force India's Jules Bianchi.

Di Grassi did get his revenge, though, as he triumphed in the Batak challenge, with 89 hits in one minute. That was almost twice as many as the winning photographer managed in the media challenge on Wednesday night...

When F1 motorhomes appeared for the first time a few decades ago, those involved in the sport were pretty happy if they could get their hands on a bacon sandwich or a bowl of pasta.

Time has moved on, however, and the quality of the food in the paddock is as good as you'd get in any posh restaurant around the world.

Some of the finest cuisine can be found down at Pirelli, which has decided to give fans the chance to recreate some of the magic that's been produced by head chef Fabrizio Tanfani and hospitality manager Cristian Staurenghi, with a new book called Miles and Meals.

To mark its launch, Jenson Button and Romain Grosjean prepared some of the recipes for a judging panel in the Monaco paddock to decide who was the best cook, with the pair proving as evenly matched behind the stove as they are on the track.

Alongside the recipes, Miles and Meals also features stories of Pirelli's cooking in F1. If you're unable to get hold of a copy, images and recipes will soon be available to download from the Pirelli website.