I love Japan and I love the Japanese Grand Prix - although it seems a lot of people are not as keen as I am. There is a bit of a love-hate attitude to it from my colleagues - and I definitely love it!

Although we stay in the middle of nowhere, and there is nothing much to do in the evenings, for some reason it is just great fun.

There is something magical about walking into the circuit every day through the funfair, and seeing all the enthusiastic fans - even on a Thursday when there are no cars out on track.

I actually reckon it is probably one of the best grands prix of the year to come to.

In terms of taking pictures, Suzuka is a pretty good place too. There are plenty of places where you can get close to the cars and there are not too many fences up - or wide run-off areas that leave you miles away from the action.

The chicane is always a good place to go, and this rear shot of the Renault is taken as the cars power out for the run down the start-finish straight. You can only get a shot like this in Japan, because nowhere else has that funfair in the background to frame it.

One of the most famous places to go is the mound that sits in the middle of the circuit on the outside of the 130R corner.

From it, you look one way and you can see the whole sweep of 130R, while if you look the other way you see the Degner corners - where Lewis Hamilton crashed today.

When he did that, there were quite a few of us up shooting at 130R, and we heard the impact of the crash behind us. We turned around and saw the yellow flags on the entry, and the green flag on the other side of the bridge - so we thought he must actually be under the bridge.

To get down there, though, you have to clamber through a load of bushes down a slope - and there are also massive spiders here so you have to get through the cobwebs as well. It wasn't easy.

But once under the crossover, Lewis was already out of the car behind the barrier, head in his hands. Once the car had been winched away, I got this nice shot of him walking away, lost in his own thoughts.

Where to watch from if you were spectating 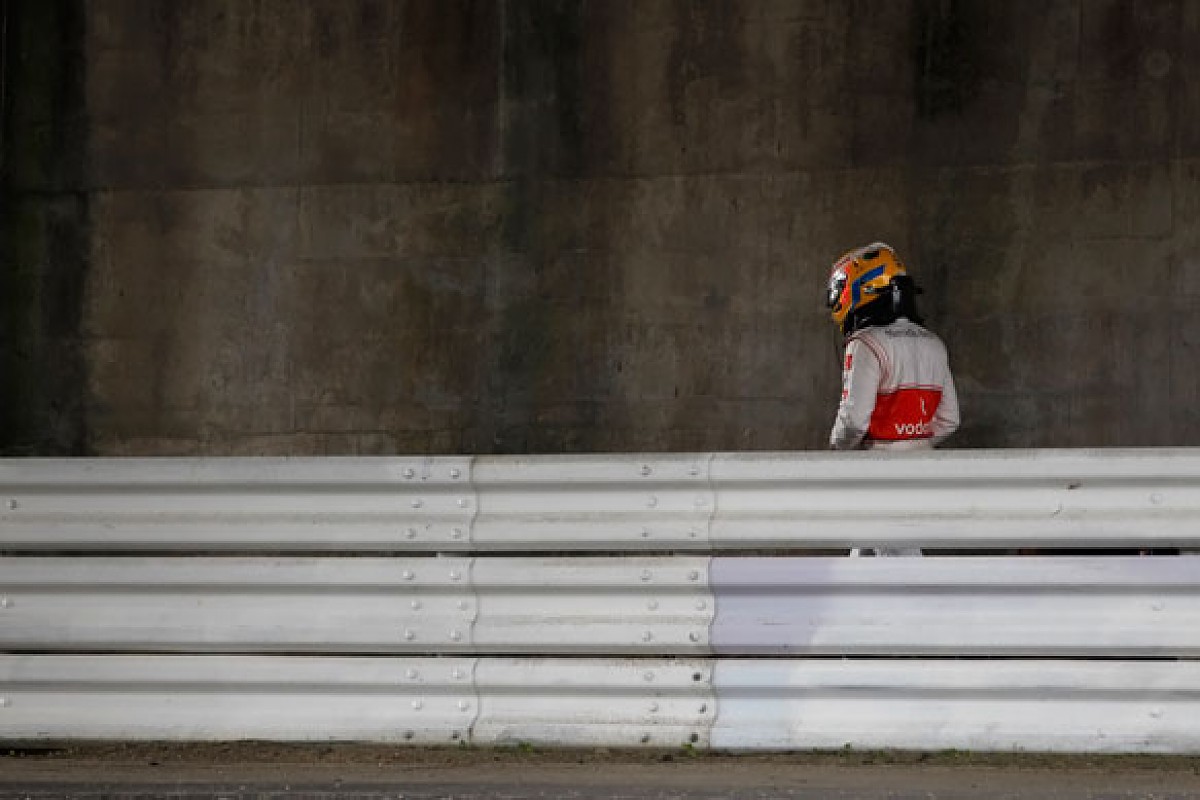 Although the Esses are always a great place to watch F1 cars, I actually think a spot just down from the chicane on the run to the start-finish would be good for watching.

There is often plenty of action in the chicane itself, but if you can find somewhere that gives you a glimpse of the entry to the first corner that would be ideal. 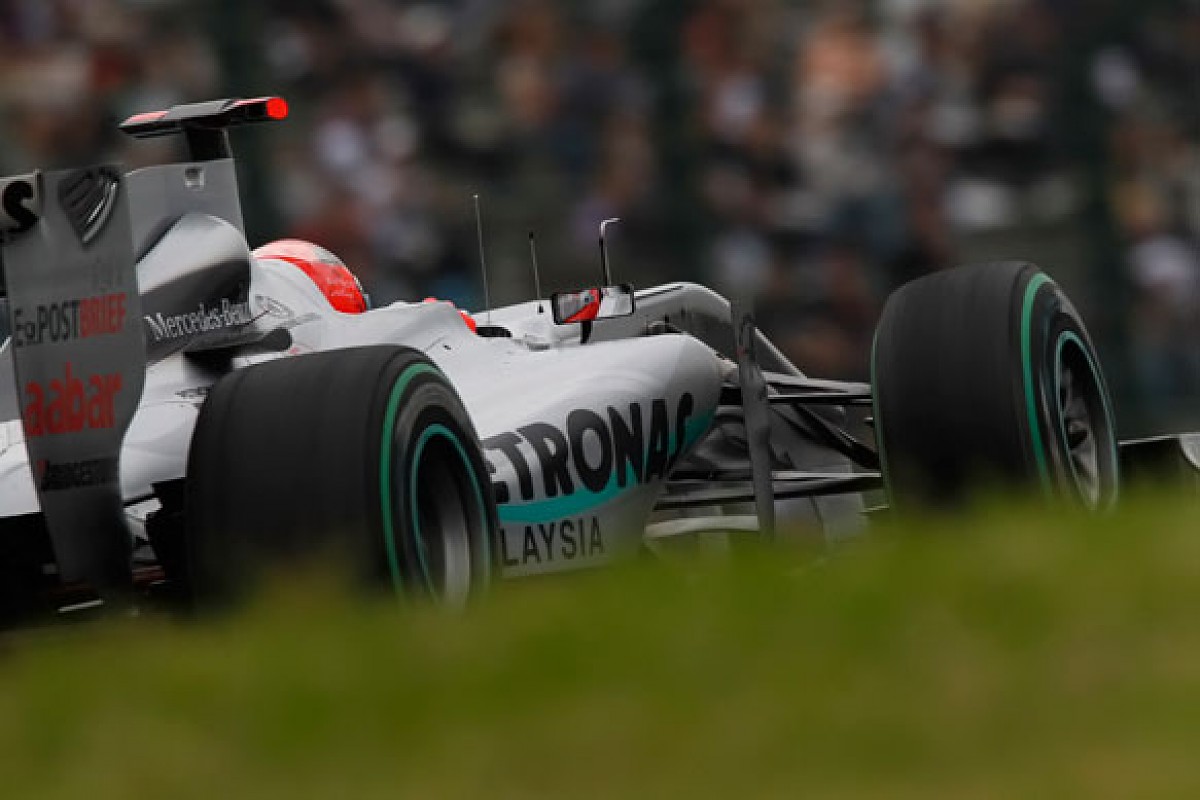 This photo was taken at the chicane too, although a bit further down the track from the Renault shot I mentioned earlier.

This photograph is different not because of the location though, but because I used a different lens. The Renault shot was taken on a 300mm lens, whereas this one was on a 600mm with a converter - so effectively an 840mm lens.

I like the angle of the car in this picture. There is the grandstand in the background and it is framed between that and the low grass in the foreground. It is good also that you see Michael Schumacher's helmet in the mirror as well. 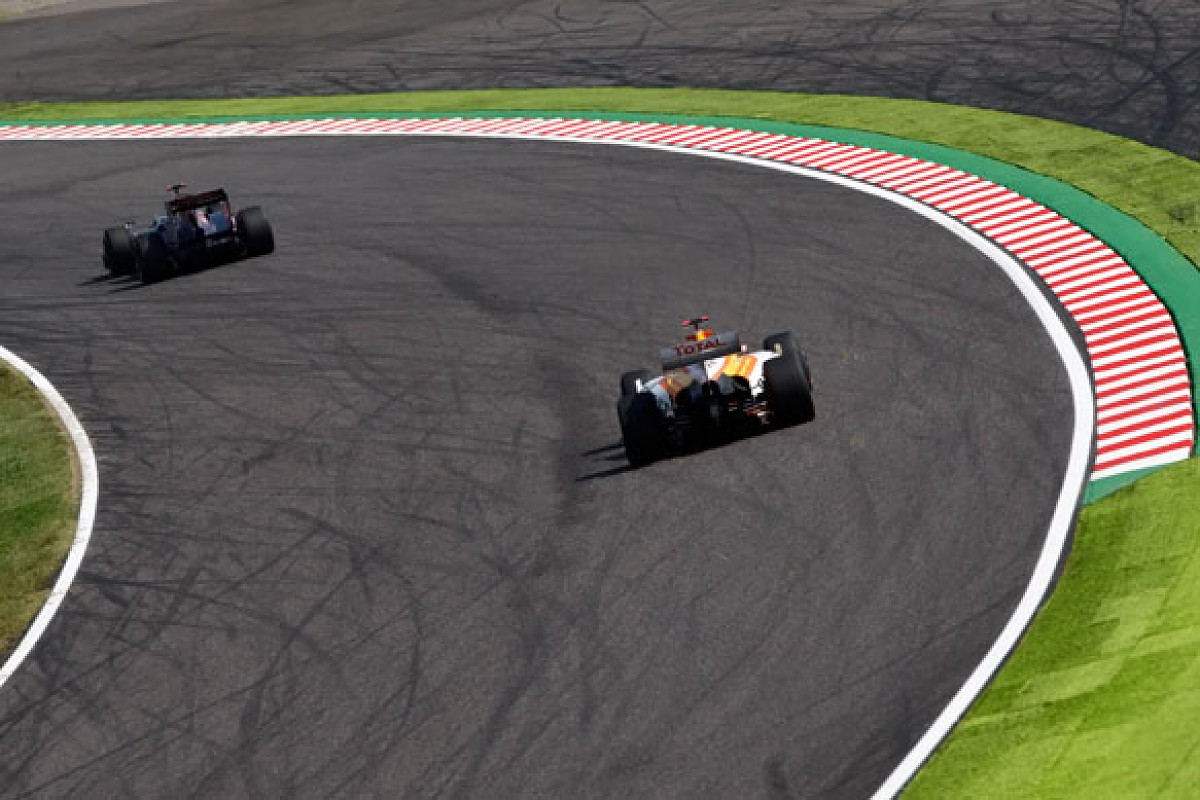 I talked about the banking at 130R earlier on, and this is the kind of result you can get from there.

I like that here you can see the whole sweep of the corner, and the fact it is such an iconic classic turn. It is always nice to stand there and have a view of the bend like this - and looking at the detail of the shot, all the tyre marks on the track add to the drama of it.

Unfortunately I never got to see the old 130R - so I never got to experience the drivers rattling into the rumble strips as they took things to the edge through there. It must have been amazing.