Prior to the Spanish Grand Prix, expectations were that the start of the European leg of the season would give the first real indication of the genuine competitive order. If that was the case, then Barcelona was a bad experience for anyone who doesn't have their name on the side of a Red Bull.

There is a shred of hope, though. Just as the Circuit de Catalunya is famously a showcase for the standard of a car's aero package, the tight turns of Monaco are famously not. That doesn't necessarily mean that the RB6 won't be the fastest car on the circuit again this weekend, but it does make it less likely that Mark Webber or Sebastian Vettel will put the thing on pole by a second.

McLaren and Ferrari will be approaching Monaco as a chance to clash horns with Red Bull on more equal terms than was the case a week ago, and based on its strong Barcelona upgrade package, it's probably safe to bet that Mercedes will be lurking somewhere not too far behind them. Force India has shined in Monaco in the past and it too will fancy its chances for a decent points haul now that it is coming to the Principality with a decent car.

The rest? Renault continues to improve and will be disappointed not to get something out of Monaco. Robert Kubica has scored points in two of his three F1 races in Monaco, including a podium in 2008, while Vitaly Petrov was also on the podium in last year's GP2 race. Sauber will be hoping to retain the signs of promise it showed in Spain as it battles to find its pre-season testing form, and Williams will be hoping to capitalise on the track's unique nature after being underwhelmed by the upgrades that it took to Barcelona. 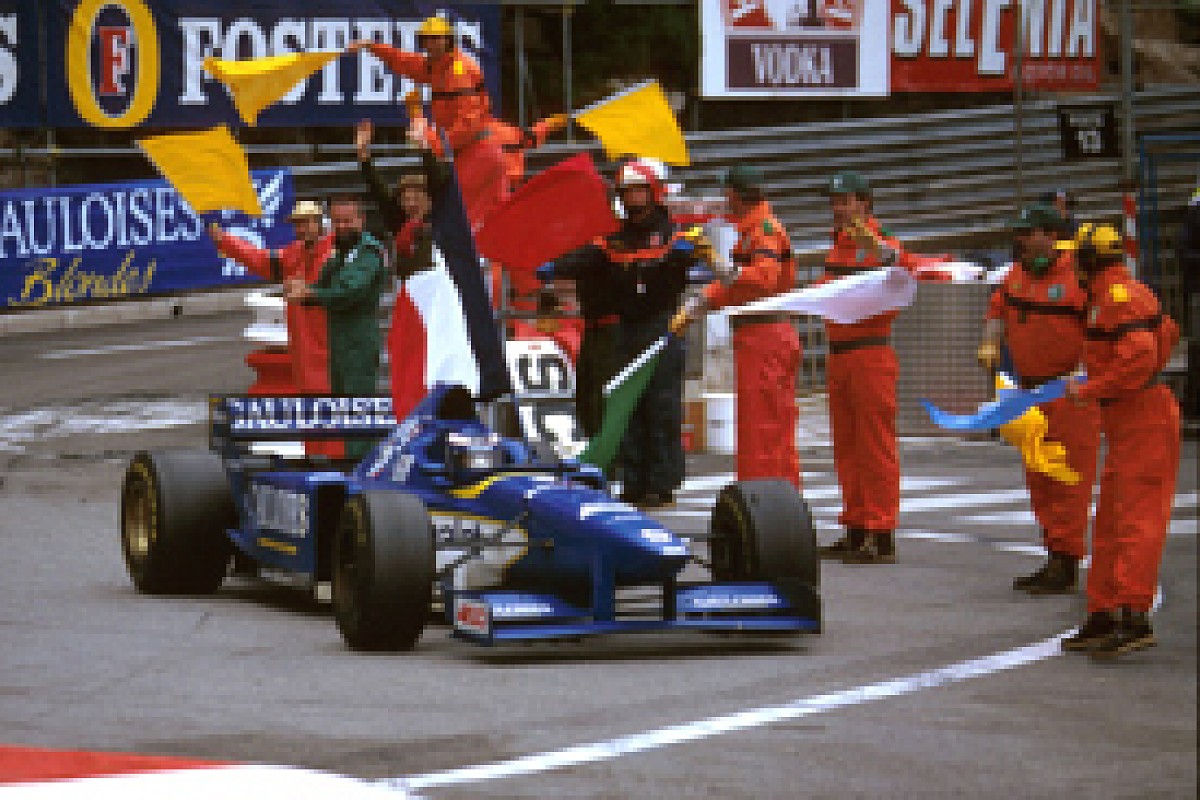 With overtaking proving to be even more difficult at Monaco than at most of the other tracks on the calendar, strategy has proven instrumental in shuffling the order in recent years. With everyone now making just one stop, the tactical options are obviously reduced - unless the weather becomes a factor. But by the same token, pit crews will have to be at the top of their games, as it will be all the more difficult for a driver to recover any positions lost to a delay in pitlane.

Take your pick. Monaco might not be the world capital of overtaking opportunities, but the race historically has a special knack for creating other methods of spicing things up. Sometimes they are related to strategy, such as when Fernando Alonso led Lewis Hamilton across the line for a controversial McLaren 1-2 in 2007, and other times it might have more to do with the weather.

One such race was 1996. The grid was already one car short before the race began owing to Andrea Montermini shunting his Forti in the warm-up and the team having no spare. Jos Verstappen, who'd started on slicks despite the wet track, paid for his decision when he slid off at the first corner, and the two Minardis of Pedro Lamy and Giancarlo Fisichella eliminated themselves moments later. The rate off attrition continued to the point where the field had been decimated to 13 after just five laps.

Damon Hill led for Williams until he suffered an engine failure, handing the lead to Jean Alesi - only for the Frenchman to encounter problems of his own and allow Ligier's Olivier Panis to get past.

Meanwhile, there was still plenty going on further back, with Jacques Villeneuve being taken out by the lapped Luca Badoer (who was later slapped with a two-race ban) and Eddie Irvine spinning and rejoining only to be hit by Mika Salo, who in turn was hit by Mika Hakkinen.

Just four cars were left running on the track when the safety crews headed out to mop up the mess, although seven were actually classified when the race was reached its two-hour limit and was ended, with Salo and Hakkinen being given the last two points positions for fifth and sixth.

Panis meanwhile, celebrated a memorable victory - the only F1 victory that he would ever achieve and Ligier's only since Canada 1981 - with David Coulthard and Johnny Herbert joining him on the podium.

I'm expecting (or rather hoping for) a surprise here in Monaco. The track can often give an advantage to some cars and drivers, and an outstanding qualifying lap here will certainly give a podium. Also, if there's going to be a crash into the barriers, probably from the back, during qualy, well several guys will end up caught out.
Fastcake

Totally expecting pole to be contested between Webber and Hamilton, while Williams (Barrichello) should also figure higher than normal. I think maybe Ferrari will be a little less competitive and probably Mercedes too. I also wouldn't be surprised to see Kubica in the top six. All this if it's dry. Then again, if it is wet I would still expect to see Webber and Hamilton looking the likely two for the front row.
race addicted

I think the most exciting thing about Monaco is that there is a big chance for a couple of drivers to make the difference and for some teams to have cars work here better than at a normal track. Williams performance often jumps quite a bit here, and as far as drivers - Button, Webber, Hamilton, Kubica often go very well here. Add a bit of wet weather and its going to be fascinating!
LukeM