If you can say one thing about the Chinese Grand Prix it is that it is a unique venue if you are a photographer.

The architecture of the Shanghai track is like nowhere else on the calendar, especially with the whole grandstand and pit/paddock complex. The buildings help create different pictures for us because of their design, and their sheer vastness.

There is also some good height shots here from up in the media centre - and you shoot out onto the track from the gaps on either side.

Unfortunately the size of the venue is not all good, because the paddock is massive and people don't tend to hang around much - they disappear into huts so you need lots of long lenses to capture people.

One of the classic shots is, of course, the grid shot from above - as it is the only place on the calendar that you can do it from such a height unless you are in a helicopter.

You can only shoot the grid from the rear though, as the building over the start-finish straight at the front is for Paddock Club guests only, so photographers cannot get in there.

Around the first and second corners you can take good panning shots past the main building, and down towards the Turn 14 hairpin there are the mushroom-shaped covered grandstands which make for a good background.

You can get quite close to the cars at the final corner too, and it was down there that I got some great shots of Lewis Hamilton after he crashed out in 2007.

I didn't actually see him go off as I was shooting in the other direction. He went past me, and there was no big screen showing what was going on so I wasn't alerted about anything.

But I saw fellow photographer Darren Heath running up from where the big screens were - and he was obviously running for a reason! I thought I had better go and have a look as well - and sure enough Lewis was climbing out of his car in the gravel.

Moments like that are great - but it is also a bit of a relief when you get something like that. It's not quite like getting a world exclusive as a journalist, as often there are other photographers there, but it still feels good.

MY FAVOURITE SHOT FROM CHINA 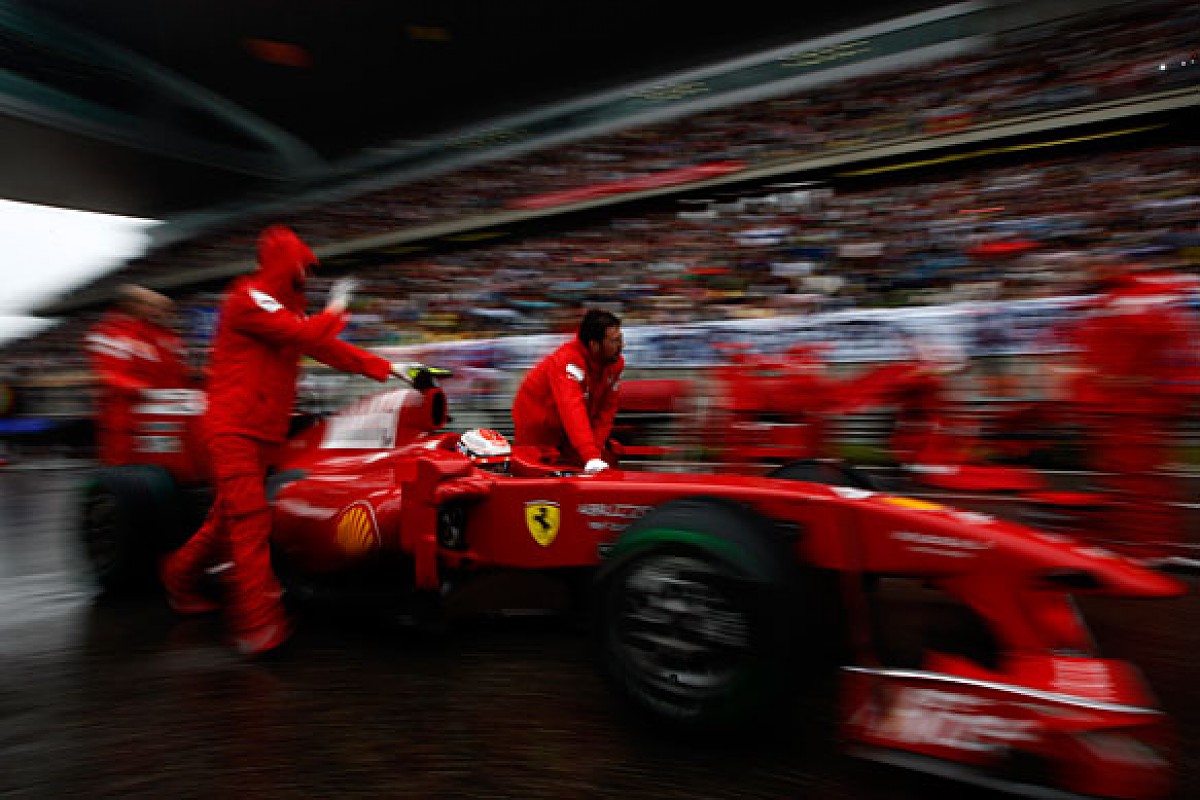 This is a picture I took last year on the grid of Kimi Raikkonen. It's a different shot from what you normally get in the build-up to the start.

I like the fact that it is a slow shutter speed, and Kimi's crew are going right past Felipe Massa's car.

Massa is in the background - although you can't really tell that apart from the fact that everyone is wearing red. But you can see the mechanic on the rear wing waving to someone on the other car. 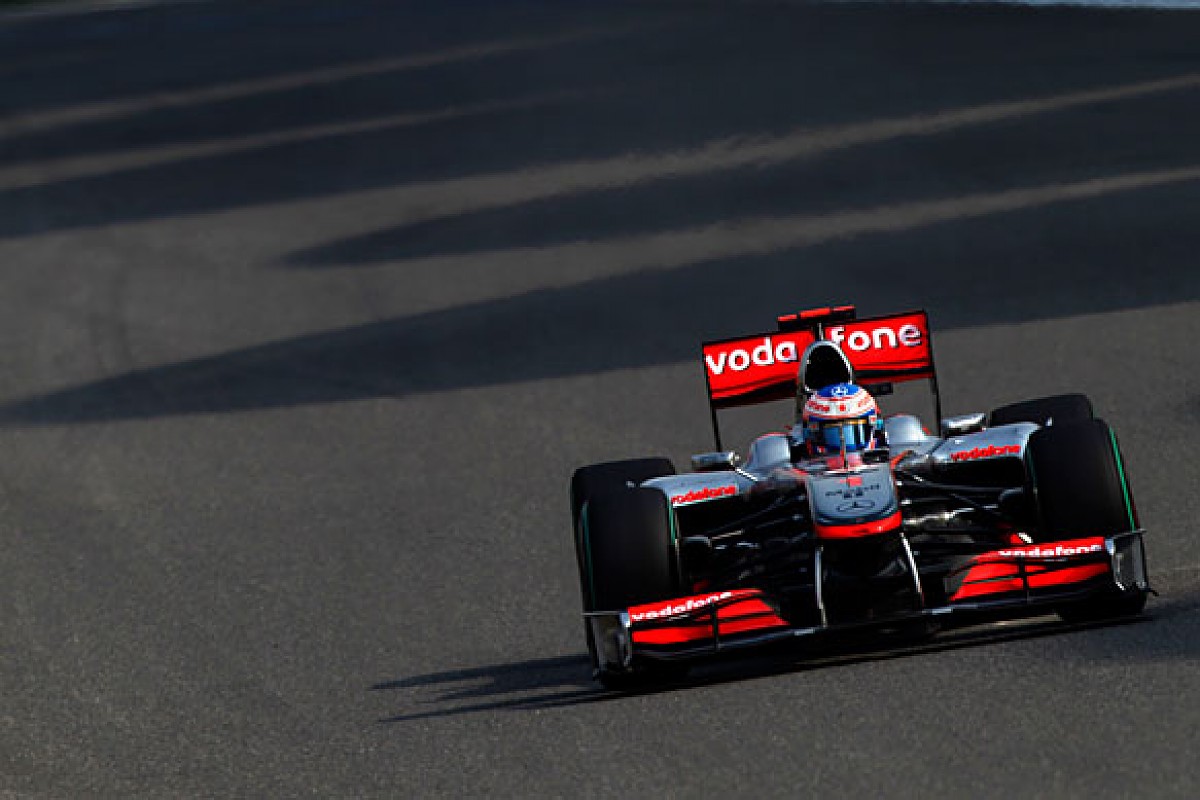 This was down at the final corner this afternoon, near from where I was when Hamilton crashed in 2007.

What is great about this shot is that you can only take it at a specific time of day - which is around 2.45pm, so the final 15 minutes of the second free practice session - because of the shadows on the track. Without the shadows it would just be a car and some plain asphalt.

The shadows are coming from the mushroom shades of the grandstand roof, and they stretch out over the track only for the final minutes of the session. At the start of the session there are no shadows there at all, but they come across.

You need the driver to take a particular racing line for it to work, but Jenson Button was in the right place at the right time for this picture today.