Why the Brabham legacy has entered the sim racing arena

David Brabham reflects on his journey in racing, including the real-world victories and what it means to carry his family's legacy into Esports ahead of the 2023 24 Hours of Le Mans Virtual.

Before we started our discussion about the 24 Hours of Le Mans, David Brabham and I chatted about dogs. My Puggle, Ruxin, barked at a bird outside and we both laughed when I brought him on camera.

Brabham asked me the first question, actually: “What kind of dog is that?”

Our canine diversion just goes to show Brabham’s amiable nature and at-ease approach with his current projects – still focused, but assured that the family name is on the right path for continued success. 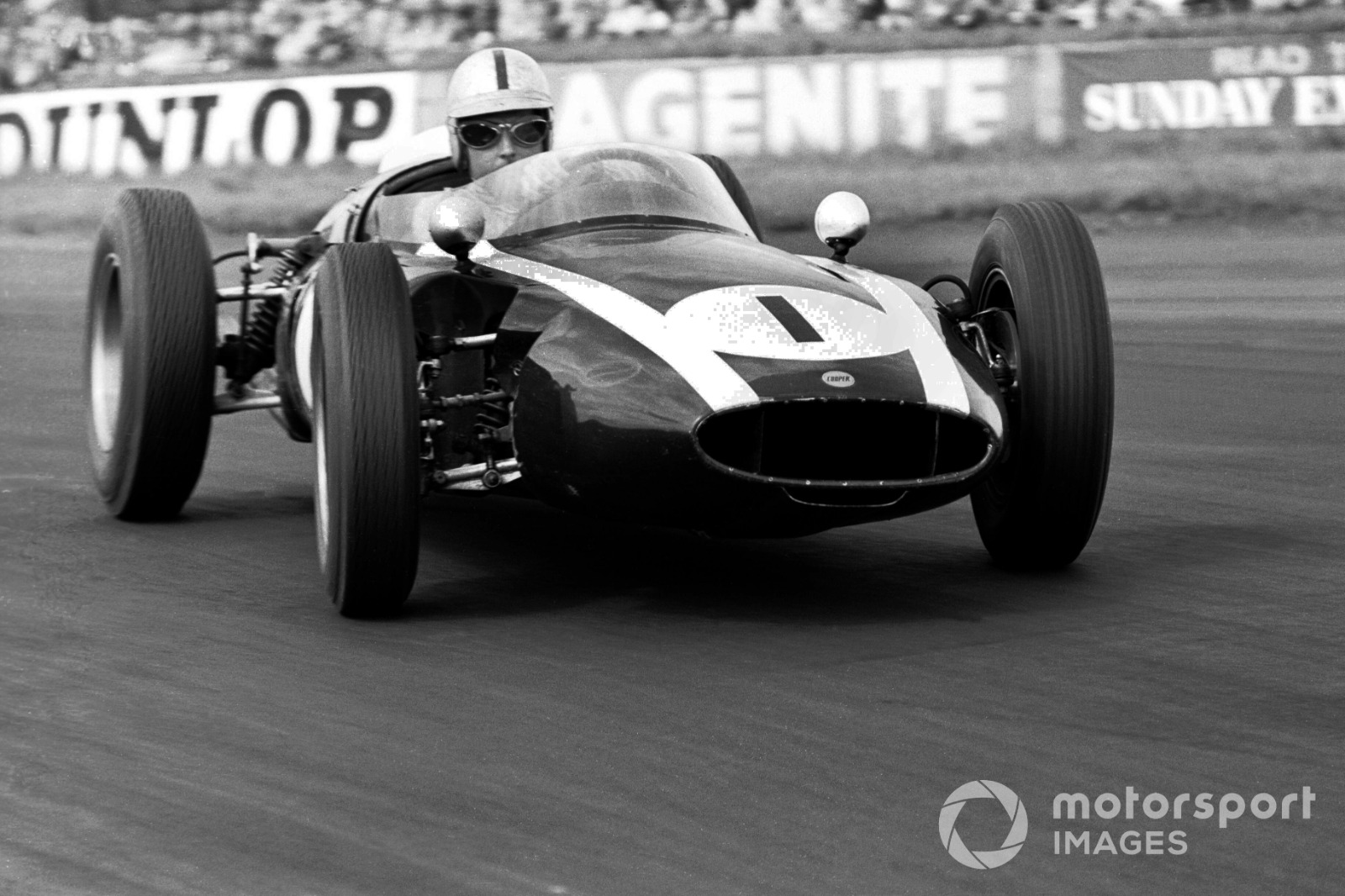 Son of Sir Jack Brabham, who won three Formula 1 titles, David’s own motorsport career speaks for itself with a few big wins at the 24 Hours of Le Mans – an overall victory in 2009 and two class victories – and American Le Mans Series, as well as a stint in Formula 1, too.

And now, the Australian has taken his father’s legacy beyond the grid and into the virtual scene with the Brabham Esports team, which launched roughly one year ago.

“The team has such enthusiasm for being part of Brabham Esports,” he said. “Brabham’s been around since 1948 when my dad started building his own midget cars on speedway tracks in Australia… the history is massive.” 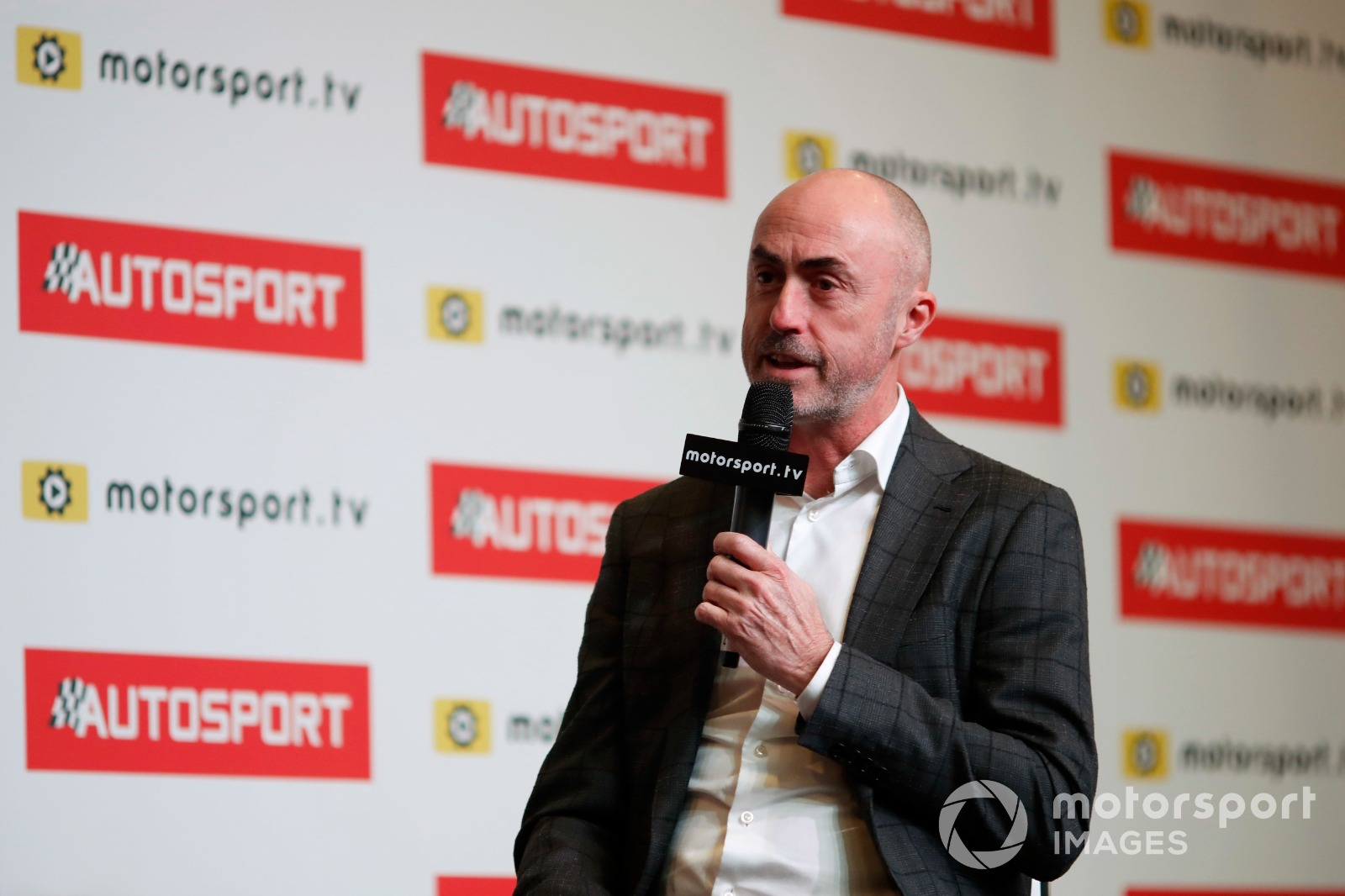 However, the switch to sim has presented challenges.

“When I was competing myself in some different races and things, I found it really frustrating,” he chuckled. “It was so easy to get tangled up with someone. But it’s still racing. You still got to have your tactics and get your numbers right.

“It is 100% mental, you just act out those mental things in a physical way with your body. But everything comes from the mind. So, it’s important to be organised in your thinking leading up to the race and also during it.”

Just like many prestigious brands as of late, Brabham has hopped on board the simulator train, both metaphorically and literally. With a nostalgic blast from the past, the team collaborated with Darren Turner's Base Performance Simulators to craft three liveries that give a nod to Sir Jack Brabham’s heritage within Formula 1. 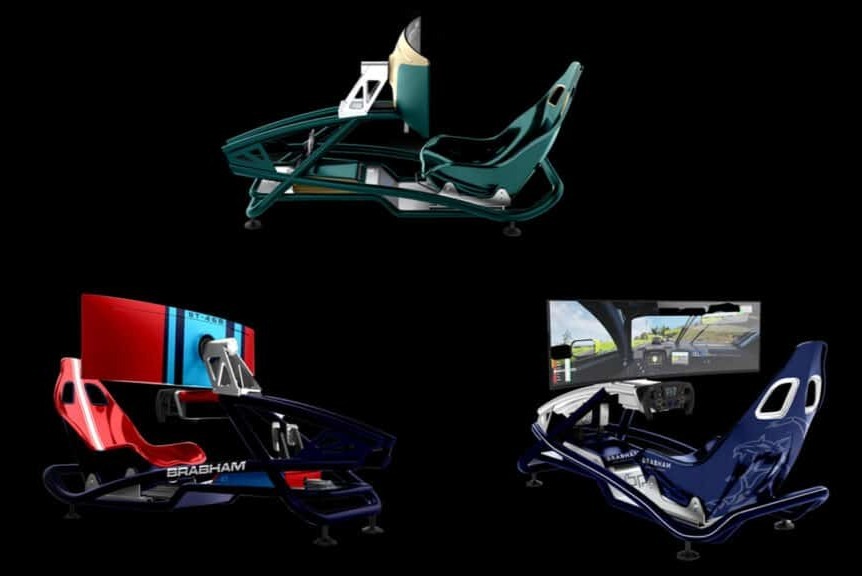 “It’s also bringing the Brabham name into the new generation as it were,” said Yau. “Just before lockdown, David and I had talked about the virtual world and bringing Brabham back into it.”

Yau and his business partner Ben Rossiter-Turner own Simply Race, a motorsport simulation centre in the UK that opened its doors in 2014. The two were early to the sim racing party, in a sense. And now, with Yau working alongside Brabham, the brand’s heritage continues to flourish.

“Just like any of the Esports teams, we’re all going through changes and we’re growing in a big way. In terms of bringing the brand on board, it’s just a nice stepping stone,” said Yau. “You can come from a small sim team with little-to-no branding. And then to have the likes of David allowing you to use the name, it’s nice.”

With that growth comes incredible opportunities and for the first time ever this weekend, 14-15 January, the Brabham Esports team will be participating in the 24 Hours of Le Mans Virtual. 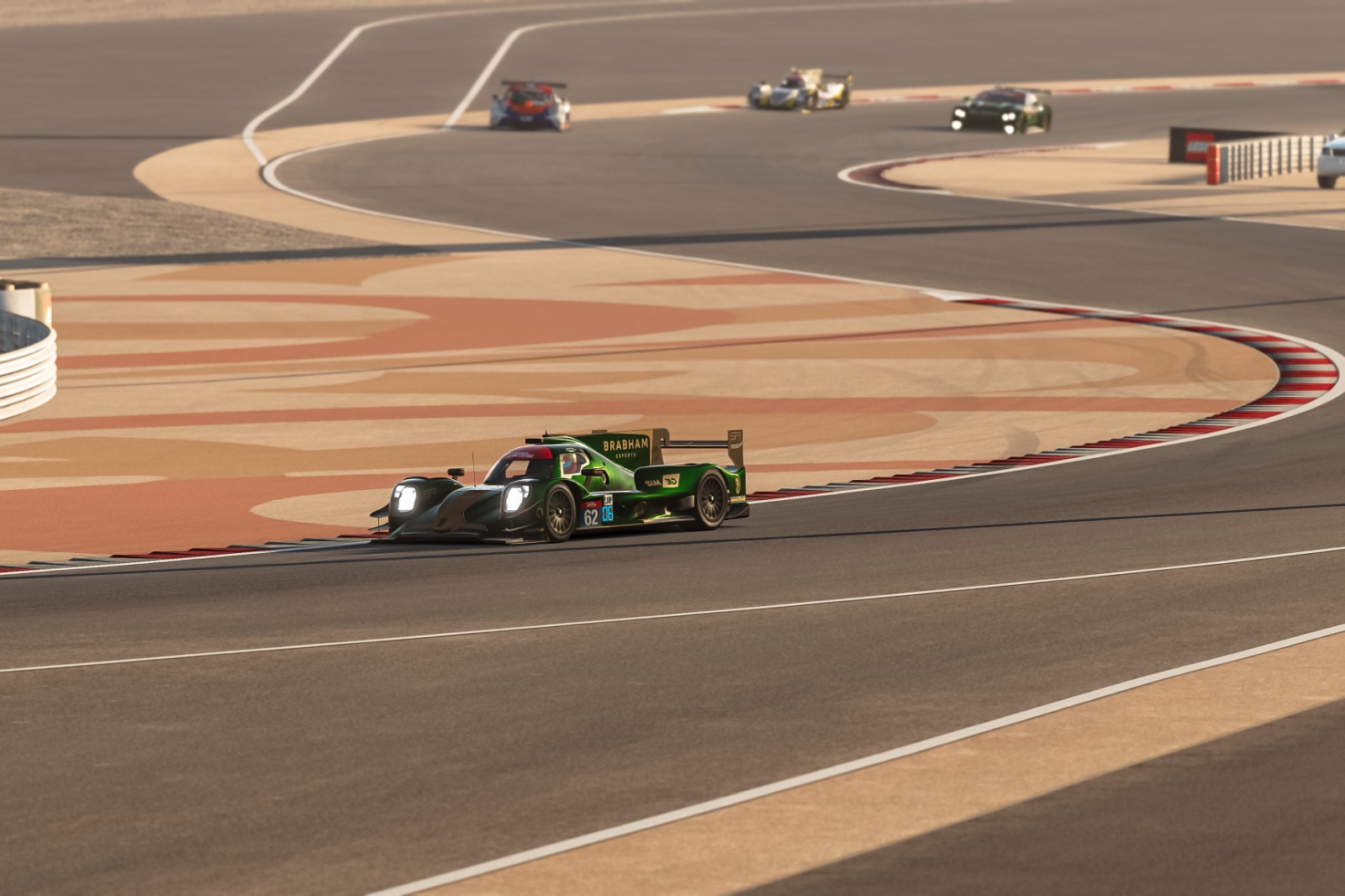 “Obviously Le Mans is pretty close to my heart. I did 18 Le Mans 24 Hour races and I managed to get on the podium quite a few times. And my dad’s history, just competing there in this type of environment, which is fairly new, means something quite special.”

Of all his accomplishments, the Australian driver admits that a few races stand out above the rest: his debut at Le Mans in 1992 and his winning years.

“I won in 2007 and 2008 with Aston Martin in the GT1 class. And I always remember thinking, ‘God, what an amazing feeling,’ because you’ve won your race and you’re up on the podium, there are thousands of people in front of you. Lots of Brits, you know, waving flags and bits and pieces. And for two years in a row, I did that. And I always thought what would it be like to win overall?

“Well, the next year I was standing on the winner’s rostrum as the overall winner with Peugeot and the feeling was exactly the same.“

That caught me off guard. Surely, an overall victory is unique, right? 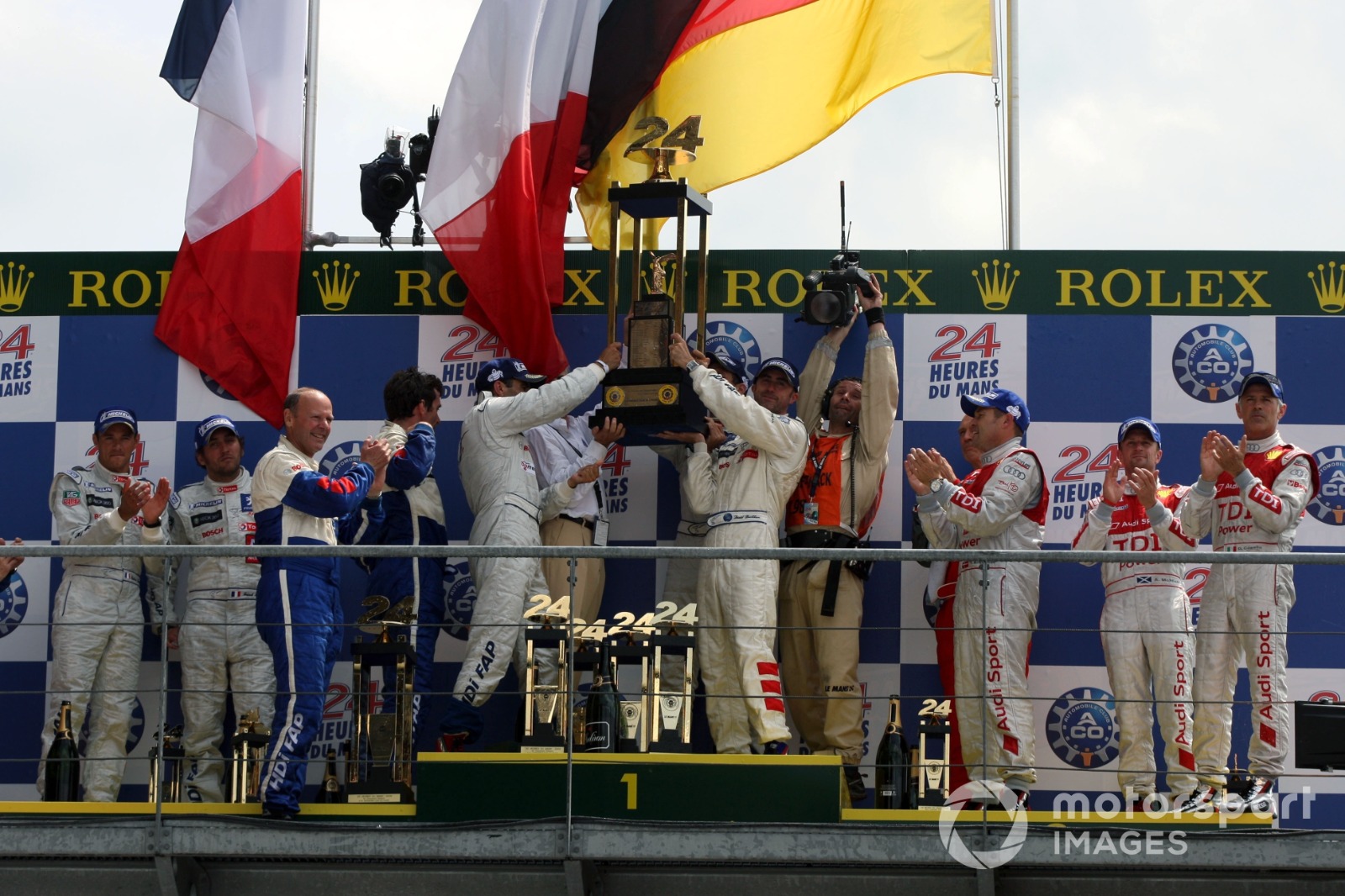 “I thought it would be a different feeling, but it wasn’t. And then it hit me, really. It’s not about holding the trophy. It’s about the journey to get there.

“All the people, all the hard work, all the support you’ve had from your family, the mechanics around you, all the different teams that you’ve raced at Le Mans with who are part of your family… and when you stand up on the podium, you realise how special that is, but also how special that journey has been, as well.”

The same can be said about life. It’s the paths we take that hold more value than the actual destination.

“If someone sat me down when I was 10 and said, ‘Hey, this is what you’re going to do in your life’, there’s no way I would have believed it,” Brabham laughed.

“There’s so much going on in the world, so many opportunities. You’ve just got to open yourself up to that and believe that you can get there. It doesn’t hurt to look yourself in the mirror, kick yourself up the ass a few times and off you go.” 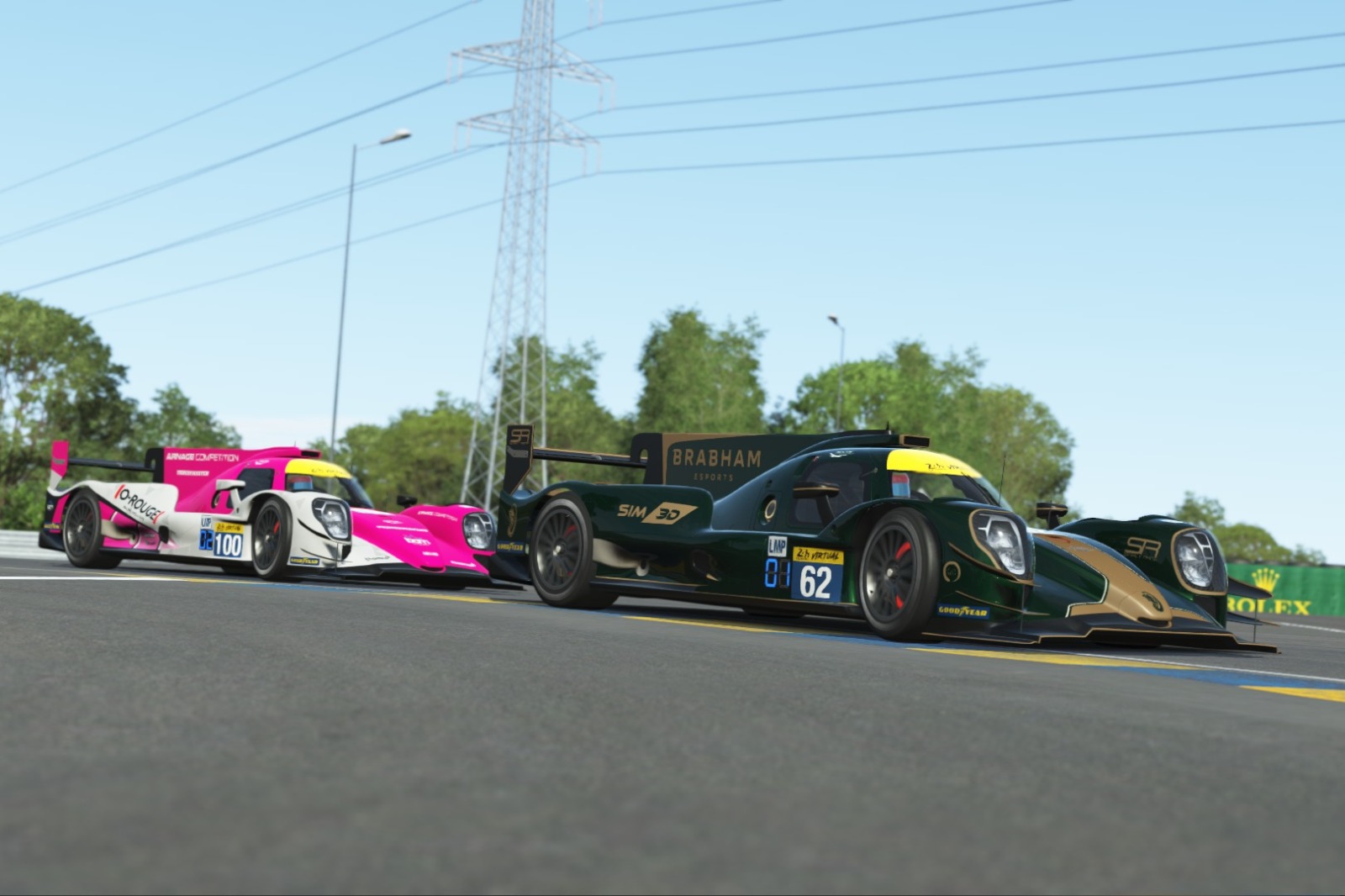 The 24 Hours of Le Mans Virtual starts with qualifying on Friday 13 January at 6pm GMT, followed by the race on Saturday 14 January at 1pm GMT and can be watched live on Traxion.GG and Motorsport.tv.