The first virtual ROC will take place on Sunday 28 June, at 6pm UK time. It will be streamed live on the Race of Champions' Youtube channel and on Facebook.

The event, which is organised in partnership with Motorsport Games, will follow a similar format to the real-world Race of Champions.

Drivers will face off on virtual versions of some of the most iconic venues of ROC's history, such as the mixed gravel and tarmac roads of the original Gran Canaria track and the twists and turns of London's Wembley Stadium.

The tracks have been built from the ground up in the sim racing game Assetto Corsa and have not been used in competition before.

More drivers for the event will be announced over the coming days.

"Our two first eROC Champions Enzo Bonito and James Baldwin have both proven that they can transfer their racing skills from the virtual to the real world," said ROC president Fredrik Johnsson.

"Now we will see how some of the world's best race drivers adapt to competing on the Virtual Race Of Champions parallel tracks.

"We've seen a phenomenal growth in Esports during the past months of lockdown.

"We want to make the Virtual Race Of Champions the Grand Finale for this intense period of sim racing ahead of first real Formula 1 race of the season. 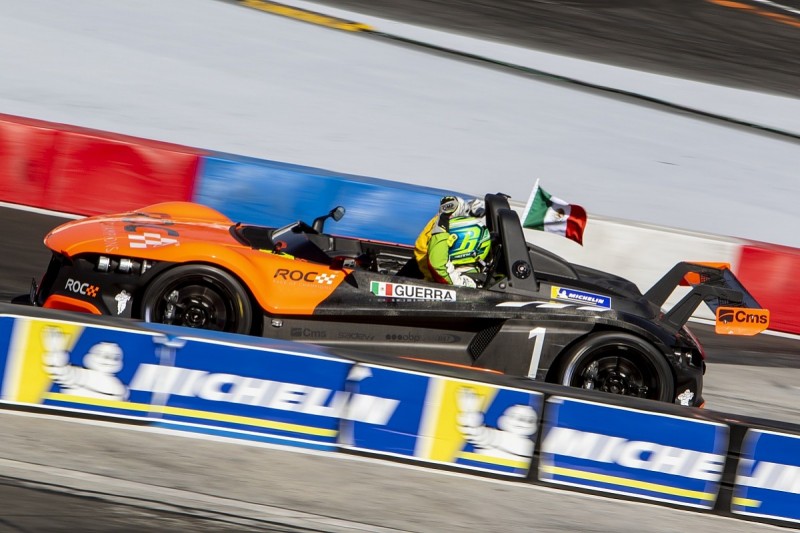 "While it is still uncertain when it will be possible to organise events with fans again, we want to make the Virtual ROC as fun and fair as our real ROC events.

"Everyone will have the same chance to win regardless of which series they come from. Recently we've seen several high-profile incidents in sim racing, but rest assured... on the ROC parallel track drivers won't be able to hit each other."

Solberg added: "It's fantastic to get back together with friends and people from motorsports in the Virtual Race Of Champions.

"I bought a sim rig for my son Oliver about two months ago.

"He set everything up, but it seems like I've been using it much more than him! I've been improving a lot and I even won a race and took pole position at Indianapolis.

"With all the experience and motivation that everybody now has in sim racing, I think it will be a new level of competition.

"It will be a very tight fight and a very good to watch. And the celebrations ... nobody beats the celebrations that happen at ROC, hopefully we can re-create a little of that in the virtual race."

Vandoorne, who will also be competing in the Virtual Le Mans 24 Hours this weekend, said: "After winning the ABB Formula E Race at Home Challenge Driver Grid, I am really looking forward to compete against drivers from other series in the Virtual Race Of Champions competition before preparing to resume Season 6."