Four-time reigning Apex Online Racing Xbox champion Saltunc had a miserable maiden F1 Esports campaign, failing to score in both of the first two races at the grand final in Abu Dhabi.

He picked up 10th in the final double-points race to rank him 12th out of 20 drivers, but technical issues prevented him from replicating his supreme pace shown in AOR.

"I feel the issues held me back last year, that was evident from Canada qualifying [first session] all the way to the finish line in Abu Dhabi," Saltunc told Autosport.

"But that's all in the past now, I'm moving on and there is that fire inside that wants to take revenge.

"I do feel we have a really strong team, pace wise and the chemistry between us is good for the team morale, and confidence, we're really going push each other.

"Special shoutout to Sauber, for being so kind to us. The partnership between Sauber and Veloce Esports is great, everyone so far has been so kind and working together really well, so special thanks to them. Hopefully we can do them proud." 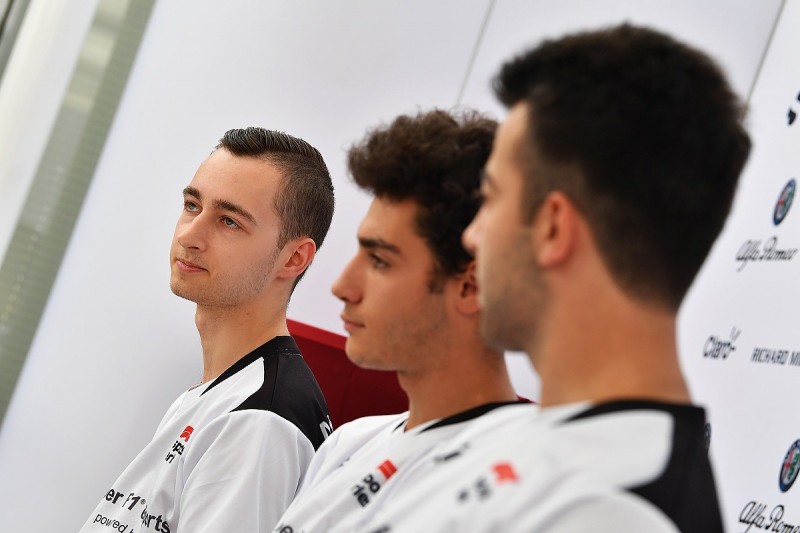 Van der Wal was also frustrated to only finish last year's competition in seventh, believing he had the speed for fourth place behind champion Brendon Leigh, Fabrizio Donoso Delgado and Sven Zurner.

"Last year, I don't think I was going to get top three, because they were quite a way away," van der Wal explained to Autosport.

"But I should have definitely been fourth because in the first race someone took me out, then the last race I had another accident, which I really couldn't do much about.

"It's the year to prove myself."