Ferrari has launched its own Esports championship, with the winner of a new competition open to the public getting a chance to join its sim racing driver academy

The new Ferrari Hublot Esports Series is being run for both amateur and professional racers, and will use the Assetto Corsa platform.

A series of events, with drivers using an exclusive Ferrari 488 Challenge Evo, are scheduled throughout the autumn.

Any European citizen aged over 18 can enter the amateur competition. Registration opens in August with the first qualifying rounds starting in September.

The leading competitors from this stage will be taken forward to the next rounds in October, where there will be a series of events that will include professional racers invited by Ferrari.

Formula 1 driver Charles Leclerc will also be drafted in to help offer advice to competitors as the series progresses.

The finals will take place in November, with the overall champion being offered the chance to join the Ferrari Driver Academy Hublot Esports team for 2021.

"Last year we started our experience in the F1 Esport championship, actually winning it, and I think it was just a natural step now to enter into our own sports championship," he said.

"It's very similar to what we have in reality [with Ferrari's own real-life series]. So, it's a natural step, and hopefully is going to be just the first one of a longer series." 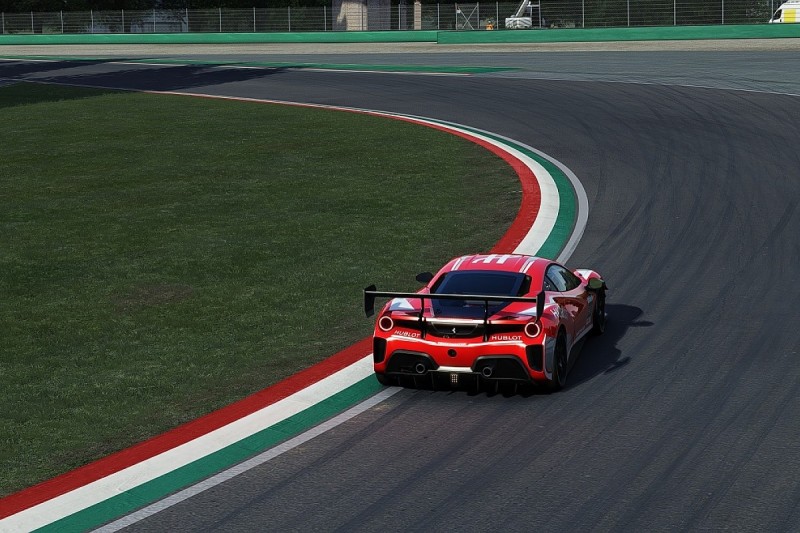 While entrants for this first year are limited to Europe, Ferrari hopes to be able to open it out to the wider world next season - as well as potentially hold tournament events once coronavirus restrictions are eased.

"I believe that there is an enormous space for Ferrari to grow its own championship," he added.

"I already said that we're starting with Europe, only this year, but we definitely plan to enlarge the scope in the future. And I think another very important part that hopefully we'll be able to implement when COVID is gone, is to have our own tournaments with live performances.

"That's going to be something that for our championship could be unique."

Details of the event and registration for those interested in taking part can be found at www.ferrariesportsseries.gg.