Van Gisbergen topped each of the four qualifying rounds at the virtual Yas Marina circuit in Abu Dhabi - host of the first round of the new four-event World RX Esports series, which is run in partnership with Motorsport Games.

The Kiwi was then narrowly beaten by compatriot Tom Blomqvist - son of rally legend Stig Blomqvist - in the first semi-final.

Supercars ESeries championship leader van Gisbergen then responded brilliantly in the final, taking an early race lead while three of the five cars including ex-BMW factory driver Blomqvist collided and effectively fell out of victory contention.

Van Gisbergen won the six-lap final in a time that was quicker than the winning driver in the Esports category, such was his impressive form. 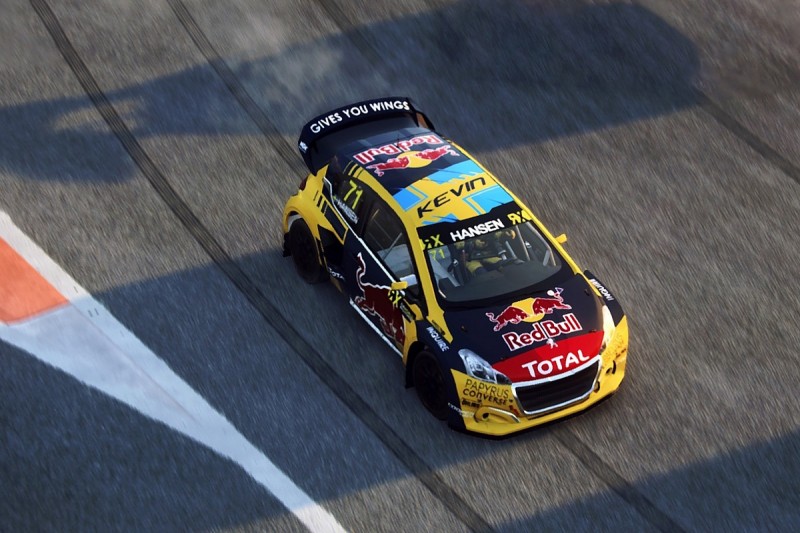 Among those eliminated at the semi-final stage were 2019 ADAC GT Masters champion Kelvin van der Linde, another making his virtual World RX debut, and GCK Clio driver Rokas Baciuska, who was fourth in the qualifying standings but failed to progress to the final after finishing third in his semi-final.

Leclerc was caught up in a first-corner incident in his first qualifying race, and subsequently received a 10-second penalty for cutting the corner while re-joining the circuit.

He then spun his Peugeot 208 in the second race after he emerged from the joker into the back of two-time DTM champion Timo Scheider.

There was more drama for Leclerc in his Q3 race, as he rolled his car after launching over a kerb. This left him 15th in the standings with only one qualifying race remaining to climb into the top 10 that would progress to the semi-finals.

Leclerc was finally able to avoid the chaos in the fourth and final qualifying session, as he won his race and ended up a respectable seventh fastest in that session.

However, it only lifted him to 12th place in the overall standings and he was eliminated along with Scheider and 2019 World RX runner-up Andreas Bakkerud.

Quentin Dall'olmo was victorious in the Esports category, ahead of Lukas Mateja and his brother, DiRT Rally 2.0 World Series champion Killian Dall'olmo.

The next round of the World RX Esports season will take place on May 21 at the virtual Hell circuit in Norway.