Qualifying for the opening round of the Le Mans Esports Series is complete, with the top 60 drivers earning the right to fight it out in online races for direct qualification to the Le Mans Super Final

Gamers were tasked with setting the fastest hot lap around Silverstone on Forza Motorsport 7 using one of four available 1990s prototypes.

The winner of the top tier online race - comprising the 10 fastest players from each of the three regions, EMEA, Asia-Pacific and Americas - will receive automatic qualification to the showpiece Super Final at Le Mans, as well as a cash prize.

Shaun Arnold will start from pole position in the European race, beating the stiff competition which included members from F4H, Williams, Vitality and Veloce Esports teams.

Arnold has endured an unfortunate season in the Forza Racing Championship, and has taken the decision to focus on LMES, which he sees as a 'fresh start'.

"I've been competing in the Forza RC this year and it's safe to say I haven't had the best of runs, with bad luck and disconnections that have plagued my season and my goal to take the top spot," Arnold told Autosport.

"With the LMES coming in close proximity to the RC, I decided to not attend the RC Mexico City event, take a step back from the RC and take my chances in the LMES as a fresh start with fresh goals.

"Needless to say it was a good decision as I managed to do what I know I am capable of and take pole in the European region as well as the outright fastest qualifying time.

"It felt great as I've not had the best year, and taking pole for this event gives me a good feeling and a big morale boost.

"Now I look forward to the races. I hope it all goes well and I can maintain my number one spot."

Taylor Stomski topped the Americas region, with a hot lap just over a tenth adrift of Arnold's time; while Arnold's team's co-founder Chris Farkas led a Japspeed Racing one-two in the Asia-Pacific section.

The races will be two hours long to emulate the endurance aspect of Le Mans and will take place on September 15-16.

Due to the European region receiving the largest number of entrants, the decision was made to hold three additional races in this time zone for those ranked #11-40, allowing gamers to start their points tally for the rest of the championship.

Those who miss out on qualifying for Le Mans at Silverstone will have further opportunities to qualify, the first of which will be immediately after the Silverstone online races end on September 16th, where gamers will set laps for the Fuji event (using the Suzuka circuit on Forza Motorsport 7), before the real-life WEC Fuji event on October 14.

Visit www.lemansesports.com now to register for the Fuji Qualifier. 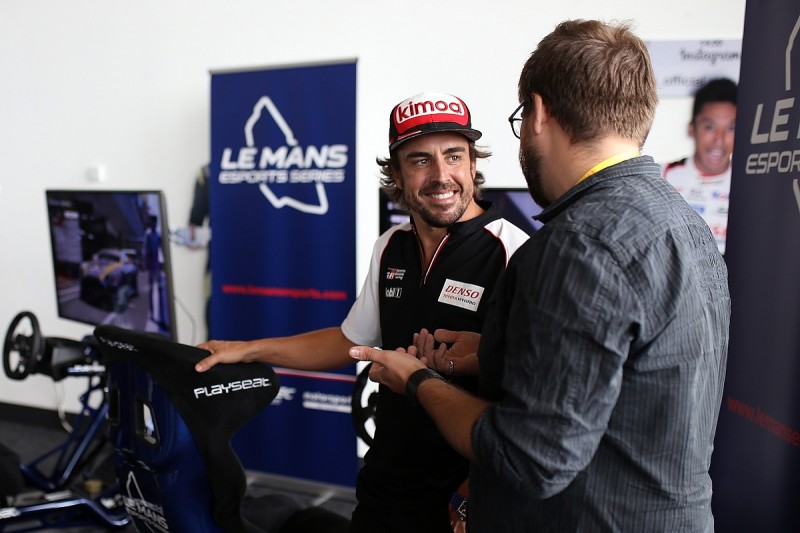