Nine-time World Rally champion Sebastien Loeb says next year's Dakar Rally could be his last chance to win the South American marathon, with Peugeot expected to quit its off-road programme

The French manufacturer became embroiled in a row about the regulations for Dakar, with series officials ready to handicap the rear-wheel drive, buggy-style car Peugeot runs.

But Peugeot's likely departure has more to do with its programme reaching its natural conclusion.

Stephane Peterhansel has won the two most recent Dakars, last year in the 2008 DKR and with its successor, the 3008 DKR, in January.

Loeb first contested the Dakar in 2016, leading the event before he crashed, and was at the head of the pack earlier this year but was ruled out of the race to victory by a mechanical problem that silenced the car for 26 minutes.

Loeb and co-driver Daniel Elena tested the 3008 DKR in Morocco last week and will start the six-day Rally of Morocco on Wednesday.

"It will be important because I think it's the last one, maybe Peugeot will continue [after Dakar], but I don't think so," said Loeb, when asked by Autosport how important a Dakar win next year would be.

"We start to have a bit more experience now and it would be great to be able to win.

"But it's so difficult to know what to expect in a rally like this one when it's so long.

"OK, we know we have the speed, but in Dakar it's not only the speed, you can lose a lot in the navigation or with problems - like we had last year.

"We will prepare as well as possible, we start with more experience for me on the driving and Daniel on the co-driving and the car starts to be strong, it won already last year.

"We have everything to be able to win now, but it's not easy to do it." 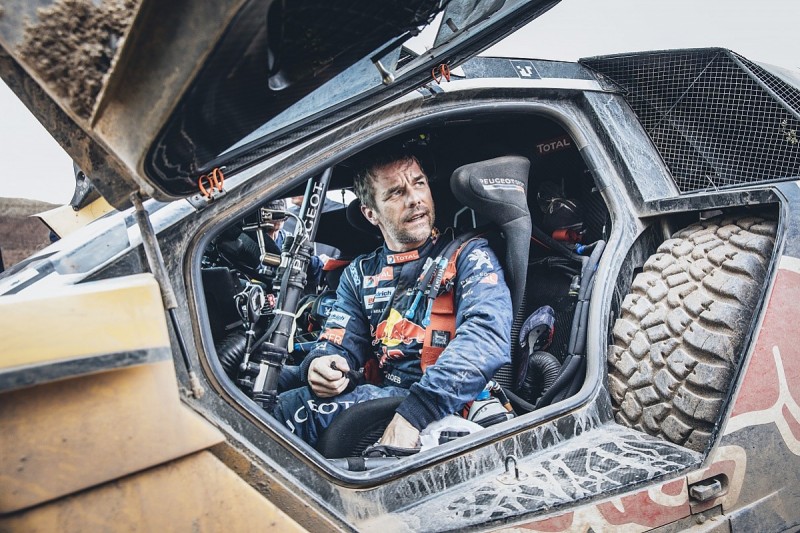 Loeb said his only concern for next year's Dakar - which starts in Lima, Peru on January 6 and finishes in Cordoba, Argentina a fortnight later - was his and Elena's lack of experience of off-road running relative to Peterhansel.

"I know in the driving rhythm I am quite good and usually faster than my team-mates, then we lose a little time in the navigation," he continued.

"Daniel did a good job last year but Peterhansel's co-driver [Jean Paul Cottret] has a lot more experience and he did nearly no mistakes last year.

"I hope we will have enough experience to do it.

"What happens in this rally is that every time you make a mistake on this event you realise you don't have this experience before, but now you have it!

"Some drivers have been doing this for 10 years, of course we still have things to learn.

"Last year it was possible to win, so I think it will be next year as well."

Peugeot returned to Dakar in 2015 and has won the last two events with Peterhansel.