Sebastien Loeb inherited victory from Carlos Sainz on the eighth stage of the 2023 Dakar Rally on Sunday, as Nasser Al-Attiyah consolidated his lead at the top of the standings.

Sainz had looked like the man to beat in the 367km special between Al Duwadimi and Riyadh in Saudi Arabia, the Spanish driver leading from the very first checkpoint to take a provisional 1m39s victory over Bahrain Raid Xtreme driver Loeb.

However, the celebration at Audi turned out to be short-lived as Sainz was soon handed a five-minute time penalty for speeding, stripping him of first place.

That promoted Loeb to a second stage victory of the 2023 Dakar Rally following his previous triumph on Wednesday's Ha-il test, the nine-time World Rally champion claiming the top spot on Sunday by 2m11s over the Toyota of Al-Attiyah.

Sainz was eventually classified 3m31s down in third, although the result was still some consolation for Audi after a disastrous few days for the German manufacturer that included teammate Stephane Peterhansel withdrawing from the event following an injury for co-driver Edouard Boulanger on Stage 6.

Henk Lategan finished a strong fourth driving the factory Toyota, dropping just over two minutes to his teammate and overall leader Al-Attiyah, while the top five was rounded off by Jakub Pryzgonski on the X-raid Mini. 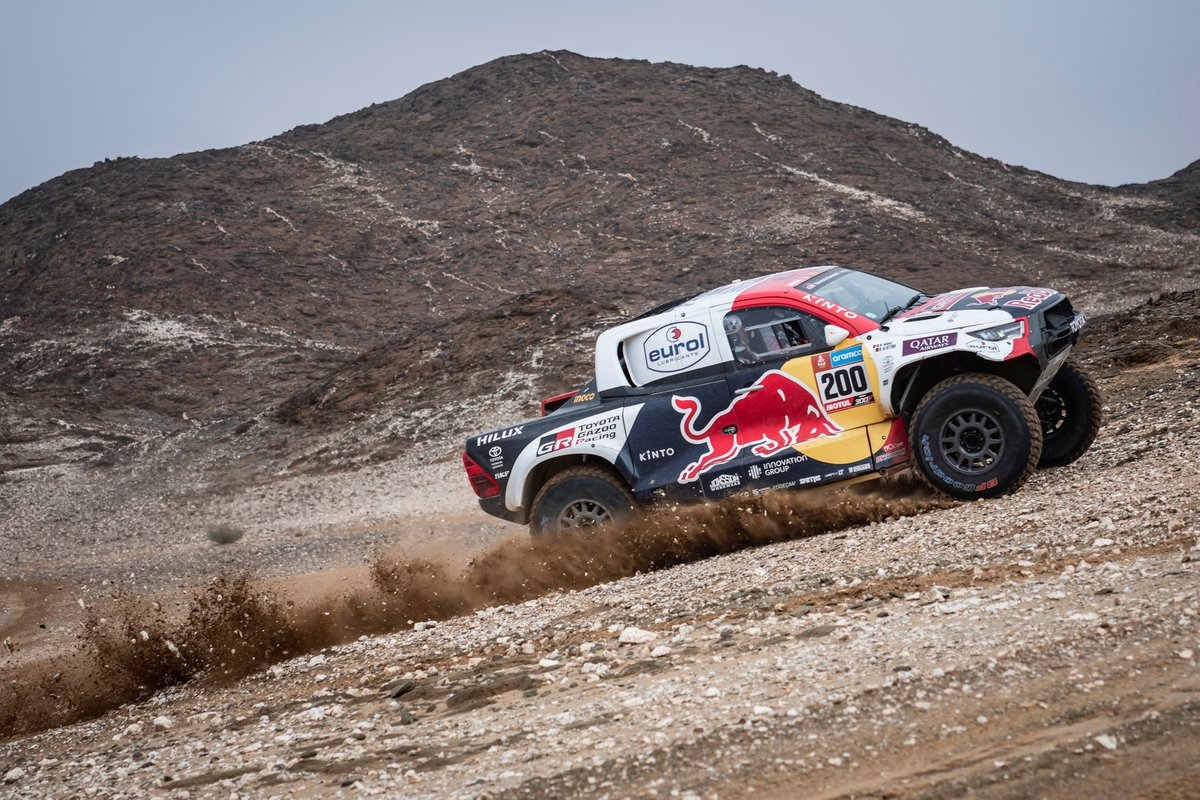 In the overall standings, Qatari driver Al-Attiyah takes a 1hr03m36s lead over Toyota team-mate Lategan into the mid-event rest day, with Moraes another 17 minutes adrift in third on the customer Overdrive-run Hilux.

Loeb’s victory on Stage 8 has elevated him to fourth in the overall standings ahead of another Toyota driver de Villiers, who finished outside the top 20 on Sunday, although the WRC legend still faces a near-two-hour deficit to Al-Attiyah.

The 45th edition of the Dakar Rally will resume on Tuesday with a 358km test from Riyadh to Haradh where competitors will have to deal with sand dunes and tricky navigation.