Carlos Sainz Sr says improvements to the front end of Mini's Dakar Rally challenger have left him confident about his chances of fighting for a third win next year.

Sainz joined the X-Raid Mini squad for last year's Dakar, finishing 13th in a Mini JCW Buggy, and earlier this month was confirmed for another assault on the event, which in 2020 will be held in Saudi Arabia.

The two-time World Rally champion got his first taste of Mini's uprated buggy on the Morocco Rally last month, where Sainz won two stages and challenged Giniel de Villiers' Toyota for the win.

"If I didn't think I could win then I wouldn't be competing," Sainz told Autosport. "I'm preparing myself like always and trying to make sure I arrive in the best shape possible.

"Dakar is a race you have to respect and you have to show that respect in your preparation.

"I'm confident we are ready for the fight and I'm really pleased with the support from Bahrain as well as Red Bull. This [Bahrain support] is great for the support of the event in the area.

"Last year we had some problems with the Mini, but this year there have been more improvements in areas like the suspension and the front end [of the car] is shorter, so we can attack the dunes harder." 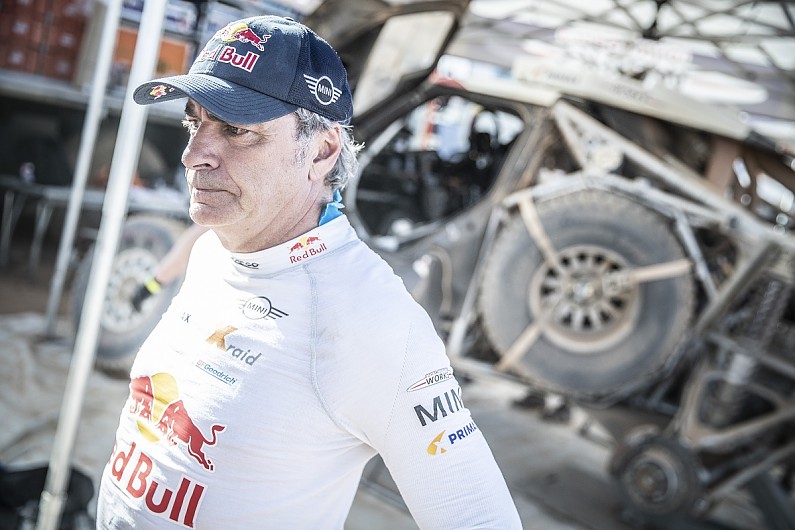 The move from South America to the Saudi Arabia desert should favour Mini's rear-wheel drive machinery more than the four-wheel drive Hilux Toyota will campaign, but Sainz predicted only that "it will be a close fight again with Toyota".

"We have to wait to see what is the terrain," said Sainz, who won the 2010 and '18 editions of the Dakar with Volkswagen and Peugeot respectively.

Sainz will be partnered on next year's Dakar by 13-time winner Stephane Peterhansel.

Toyota, which has tested two-time Formula 1 world champion Fernando Alonso as he considers contesting the event, is yet to reveal its line-up.