Reigning British Touring Car champion Ash Sutton topped free practice for the opening round of the 2021 series at Thruxton in wet conditions.

Despite little rain between the two sessions, the second period of running was almost a second slower, with Team Dynamics’ returning three-time champion Gordon Shedden heading the way in this one from Sutton at the wheel of his Honda Civic Type R.

PLUS: How a returning champion is feeling at home again in the BTCC

Remarkably, Sutton’s best time in the soggy conditions was only five seconds away from last year’s pole position lap in the dry.

The high-grip Thruxton surface means that the Goodyear wet-weather tyres have an extremely short peak, meaning drivers were only really able to get one lap in at full pace before speeds dropped off.

Jake Hill led the way in the early stages in his Motorbase-run MB Motorsport Ford Focus, but fell to an eventual third as first Cook’s BTC Racing Honda Civic Type R went quicker, then Sutton improved further upon that on a late run.

Shedden was in the mix too with his Honda, taking the fourth fastest time, and he was the last to be within a second of Sutton. 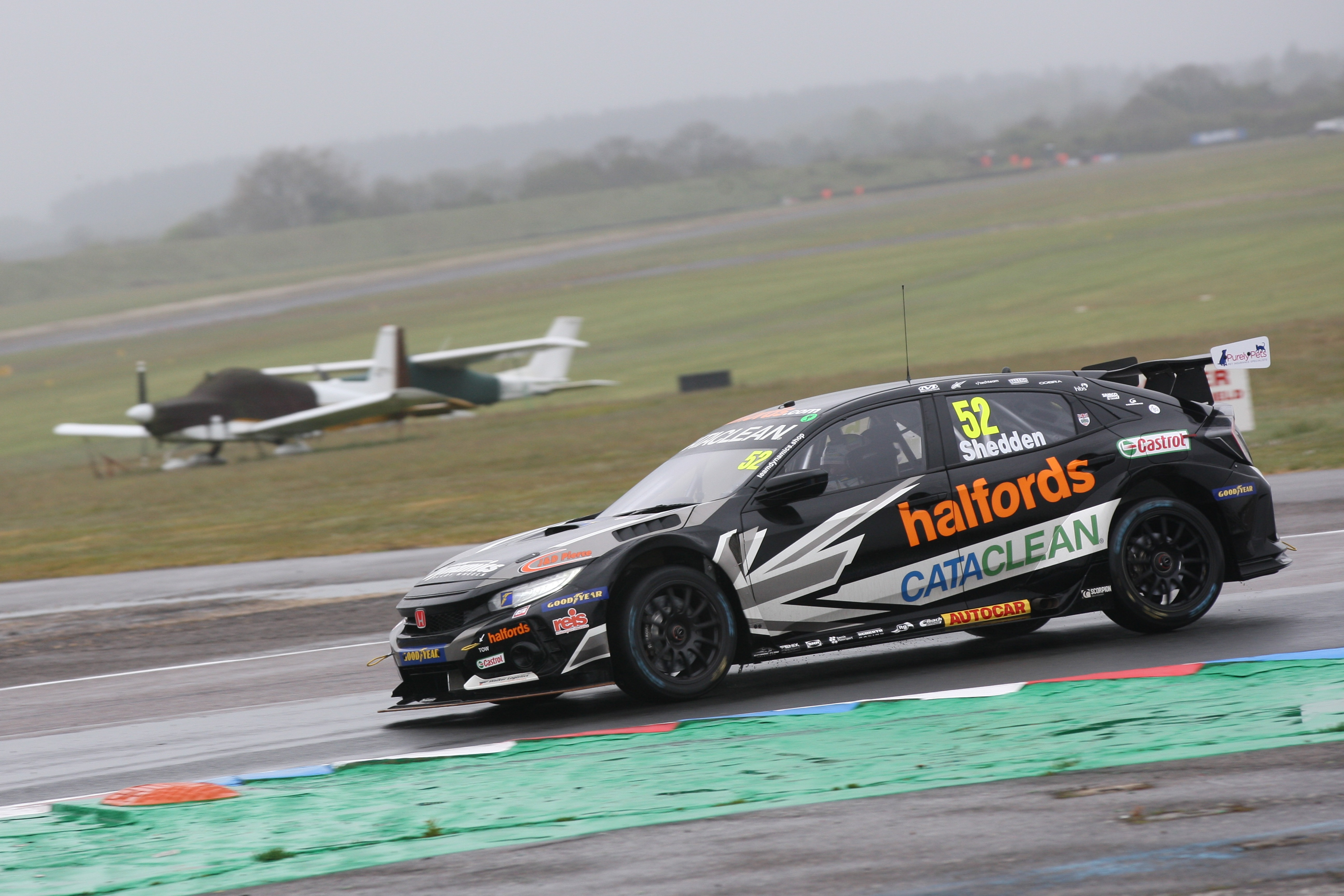 Seventh fastest represented a decent start to the new liaison between Rory Butcher and the Speedworks Motorsport Toyota Corolla team, while Tom Oliphant looked the most comfortable of the quintet of BMW drivers in the conditions to finish up eighth in his West Surrey Racing-run 330i M Sport.

Dan Rowbottom was the best-placed of the drivers to improve in the generally slower second session – he was an impressive third during that period in his Team Dynamics Honda, giving him ninth overall across the two sessions.

Dan Cammish, a last-minute call-up by the BTC Honda team, was ninth in the opening session and 10th overall, although he was fourth during the lunchtime running.

Four-time champion Colin Turkington didn’t get anywhere near the top 10 in either session in his WSR BMW, his best performance being 14th in the morning.

Two drivers hit trouble in the morning session – Tom Chilton didn’t do any flying laps due to a clutch problem on his Ciceley Motorsport BMW, and Glynn Geddie brought out a red flag with four minutes remaining when he crashed his Team Hard Cupra around the back of the circuit, and did not appear in the second period.