Morgan has spent 11 seasons in the BTCC, 10 of them with his family’s Ciceley Motorsport operation, which announced its pull-out from the series on Monday in order to focus on historic racing.

But, as predicted by Autosport on Monday, Morgan is to race as part of an expanded four-car line-up at WSR.

The Sunbury team supplied Ciceley with two newly built BMW 3 Series machines prior to the 2021 season, and these will return to WSR, which has also acquired one of Ciceley’s TBL entrants’ licences in order to increase its squad to four.

“We’re just going to run one of them,” WSR boss Dick Bennetts told Autosport about the Ciceley BMWs.

“No doubt the phone will start ringing tonight or tomorrow once people know we’ve got them.”

And Bennetts also quipped: “I’ve asked Motorbase if they’re interested, because they want a rear-wheel-drive car for Ash Sutton!”

Talking about 11-time BTCC race winner Morgan, Bennetts said: “We’re delighted to make this announcement so early into the winter and to bring Adam to WSR.

“He’s an excellent driver who’s proved himself capable of winning races in a variety of cars and of acting as the team leader.

“He’s won in the WSR-built BMW 3 Series in both 330i M Sport and hybrid 330e M Sport configurations, and is liked and respected throughout the BTCC paddock.” 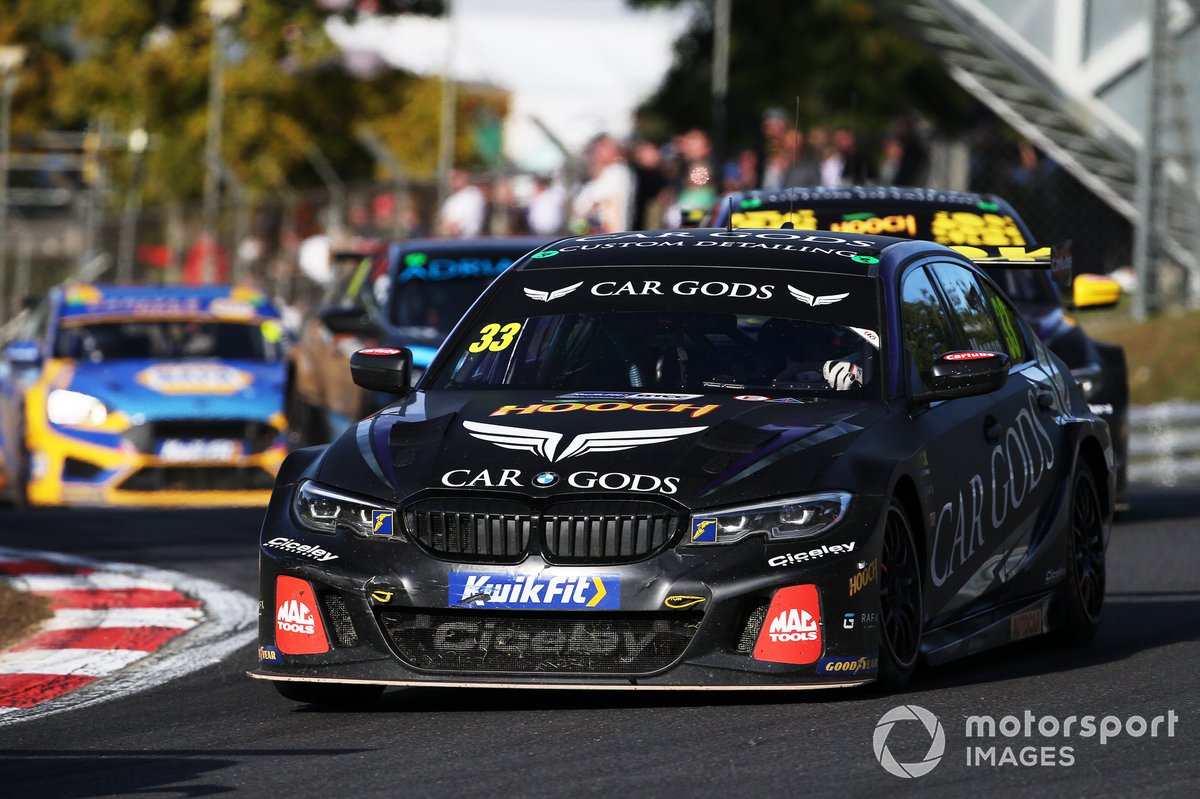 Morgan added: “I couldn’t be more excited to join the best team in the BTCC.

“Walking through their headquarters and seeing the trophies and photos on the wall of their former drivers – Senna, Hakkinen, Mansell – and the way the cars are prepared in the workshop… It’s obvious why they’ve won so much.

“Having raced WSR-built BMWs for the past two years, I know the car and for the first time in my career, I’ll just be focused on the driving, rather than other team jobs.

“With one exception, every team-mate I’ve had in the BTCC has been a rookie, so there’s always been an expectation on me, as the lead driver, to do the bulk of the set-up work.

“That won’t be the case at WSR, and I’ll be able to learn from that to elevate myself to become the best driver I’ve ever been. I can’t wait to get started.”

Lancastrian Morgan could be joined at WSR on engineering duties by former Ciceley technical director Steve Farrell ­– the Australian veteran counts the BAR Formula 1 team, Jaguar in world sportscars and Subaru in the World Rally Championship on his lengthy CV.

WSR is understood to be close to deals with its encumbent driving trio – four-time champion Colin Turkington, 2022 breakout star Jake Hill, and Stephen Jelley – for its other three BMW 330e M Sports.