British Touring Car Championship race winner Daniel Lloyd is to make a surprise return to the series for this season with the Power Maxed Racing Vauxhall team.

The 29-year-old will team up with two-time champion Jason Plato aboard PMR’s Astras for what is projected to be his first full campaign in the BTCC.

Lloyd made his BTCC debut 11 years ago, but has only competed in a total of 15 race weekends.

His most successful part-season came in 2018, when he replaced James Nash at the BTC Norlin Racing Honda squad after the opening three rounds, and scored his sole BTCC race victory to date in the reversed-grid finale at Croft, his local circuit.

Lloyd has competed in TCR Europe over the past two seasons with Honda machinery, and led the 2020 standings at mid-season before slipping to fifth.

“I got speaking to Adam [Weaver, PMR team principal] back in December about some potential print work, because that’s our family business – digital print and direct mail,” Lloyd told Autosport.

“This [the drive] was just in the background, but all of a sudden it’s taken over from there. 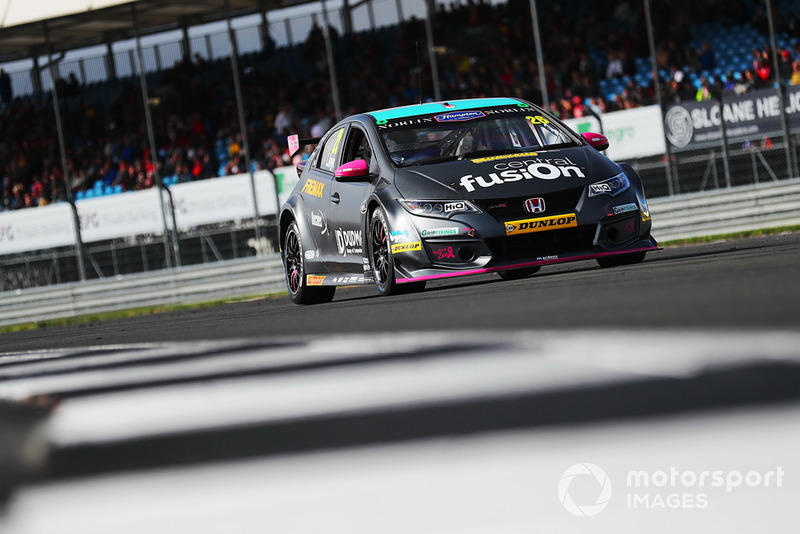 “Because of that, I’ve been on the back foot, and I’ve done well although maybe not amazing.

“This is my biggest full shot at it – a full programme, with a little bit of pre-season testing.

“I’m extremely excited and grateful for the opportunity, and a big thank you to Adam.

“I really hope we can build this year and continue into next year as well.”

Lloyd, who expects to get on track in the Astra in the next few weeks, says he is looking forward to working with Plato, the all-time BTCC wins record holder.

“I worked with Jason back on the KX Akademy [the young driver support scheme mentored by Plato] when I did the Porsche Carrera Cup, and I always got on well with him,” he said.

“I want to look at the future, working with the team and building with them.”

Lloyd’s confirmation at Power Maxed leaves just two BTCC seats yet to be filled for 2021: Nicolas Hamilton is regarded as a shoo-in for the fourth and final Team Hard Cupra, while Dan Rowbottom is linked with the second Team Dynamics Honda seat.

That appears to leave no room for one-time race winner Senna Proctor, who could be one of four 2020 BTCC regulars on the series sidelines this season alongside Dan Cammish, Matt Neal and Bobby Thompson.