British Touring Car Championship title contender Tom Ingram went quickest across the two sessions of free practice for the latest round at Thruxton.

Ingram, who is second in the standings, finished the early-morning opening period a gargantuan 0.497 seconds to the good in his Excelr8 Motorsport Hyundai i30 N.

He ended up down in 11th during the lunchtime session, which was topped by the Team Dynamics Honda Civic Type R of Gordon Shedden, but only because his final run was foiled.

Ingram was a fraction up on Shedden’s best after the first two sectors, but caught a yellow flag into the chicane at the end of the lap caused by a kerfuffle between Aiden Moffat and Nic Hamilton.

Shedden’s late improvement therefore allowed the Scottish three-time champion to lead the way in session two from Josh Cook by 0.122s, and which was 0.054s away from Ingram’s earlier effort.

Cook, who led the points earlier in the season in his BTC Racing Honda, has had a miserable time of late and has complained of a lack of straight-line speed. But he explained that Thruxton, where he is the all-time BTCC wins record holder, has just two acceleration zones, somewhat mitigating the problem.

Jake Hill, who lies third in the championship table, steered his West Surrey Racing BMW 330e M Sport into second place in the first session and third later on, giving him the fourth quickest time on combined bests.

Next up was Team Dynamics’ Dan Rowbottom, a pole-winner here in 2021, who made it three Hondas in the top five at a circuit where the car has always performed well. 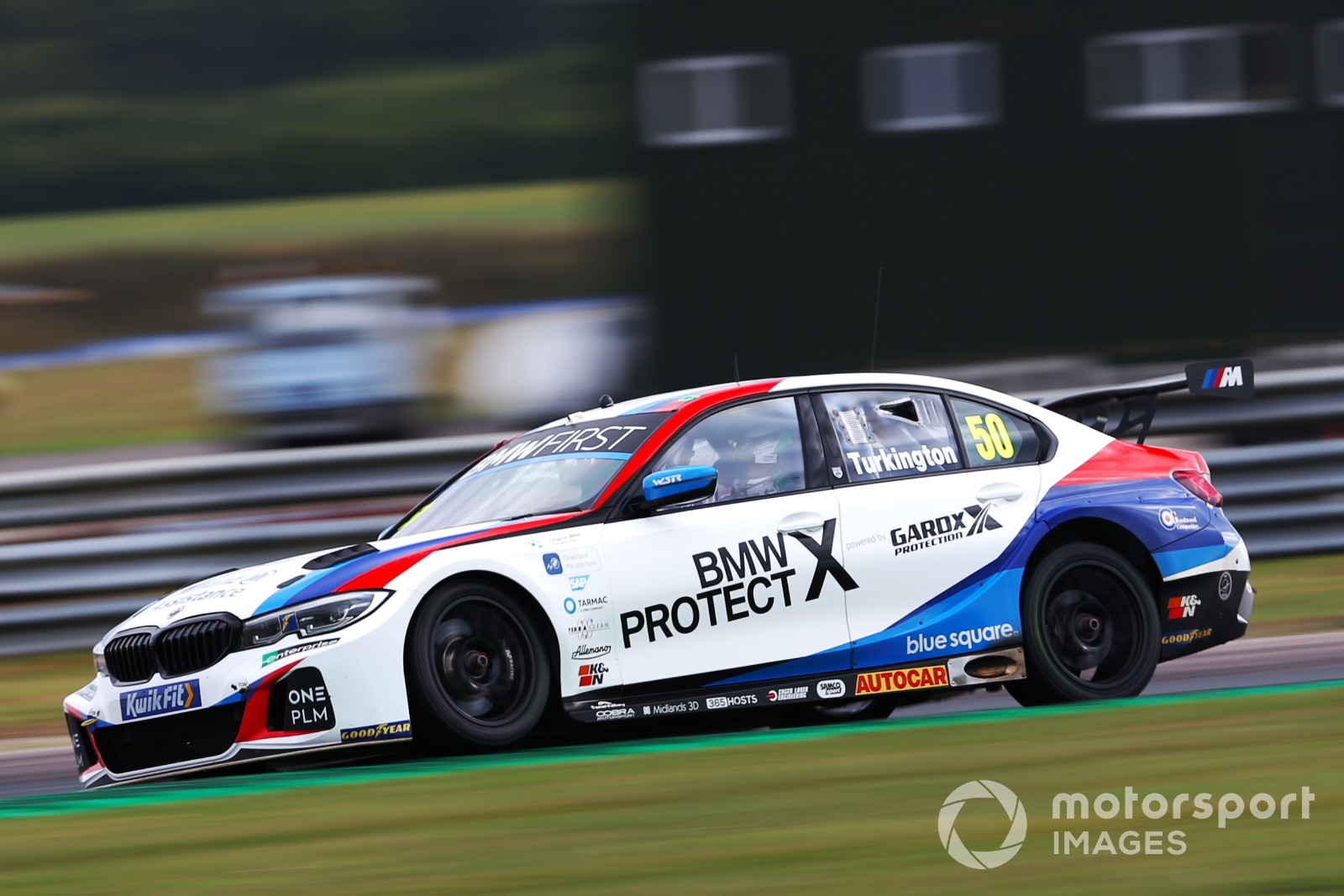 Championship leader Colin Turkington, still racing his 2019 title-winning WSR BMW while his 2022 car is tended to following its Oulton Park shunt, rounded out the top six.

Seventh was the second of the Excelr8 Hyundais in the hands of Tom Chilton, while Ash Hand continued his strong rookie BTCC season to plant his Power Maxed Racing Vauxhall Astra into eighth spot overall.

Jason Plato needed BTC’s spare engine installing in his Honda for the second session, and ended up ninth across the two sessions.

Rounding out the top 10 overall was the other of the main championship contenders, Ash Sutton in his Motorbase Performance Ford Focus.

Dan Lloyd’s season has been saved by an injection of support from Bristol Street Motors, which backs the Excelr8 Hyundais of Ingram and Chilton, and he put his sister car into the top 10 in the opening session.

Making a return to the BTCC for this weekend only is former race winner Tom Oliphant, who has moved to Australia with his fiancee and, on a trip back to the UK, has been press-ganged into driving the Team Hard Cupra Leon left vacant by Will Powell, who has other commitments.